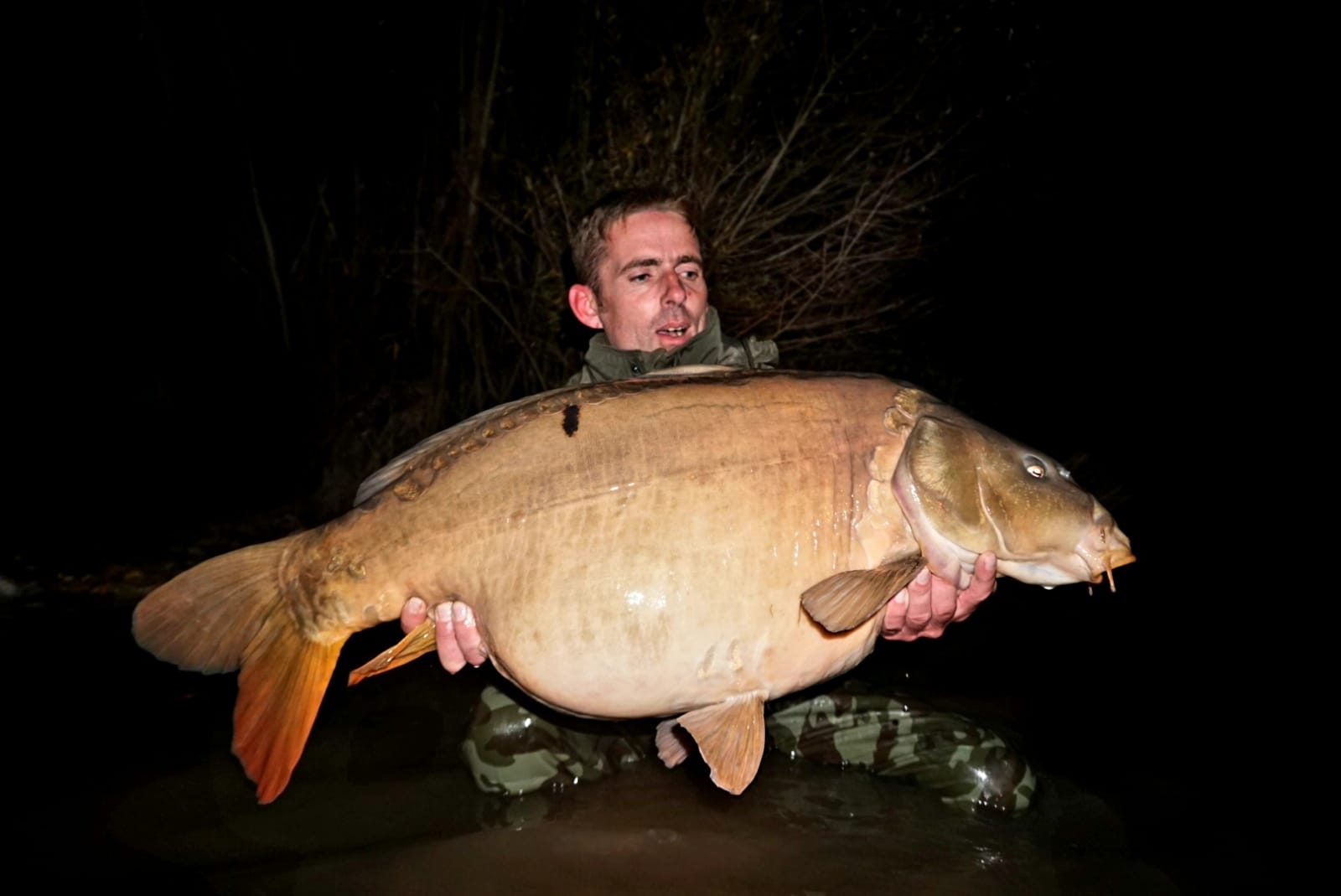 Herefordshire’s Wellington syndicate has thrown up a new lake record as part of a four-fish catch after previously not doing a bite for 10 days!

Wayne Tatam was the angler who managed to switch the lake back on, capping a memorable session with a 34lb mirror known as Spot. As well as a new lake record, it also was also a new personal best for the 37-year-old.

Wayne elected to fish to a hard spot amongst weed at 100 yards, where he offered a white 12mm Secret 7 Half Tones pop-up amongst a mixture of crumbed Secret 7 boilies that had been soaked in S7 Liquid Food and coated in S7 Stick Mix, along with a few S7 pellets.

Not only did these tactics yield a new lake record, but they also produced two twenties to 27lb 3oz and an 18-pounder.