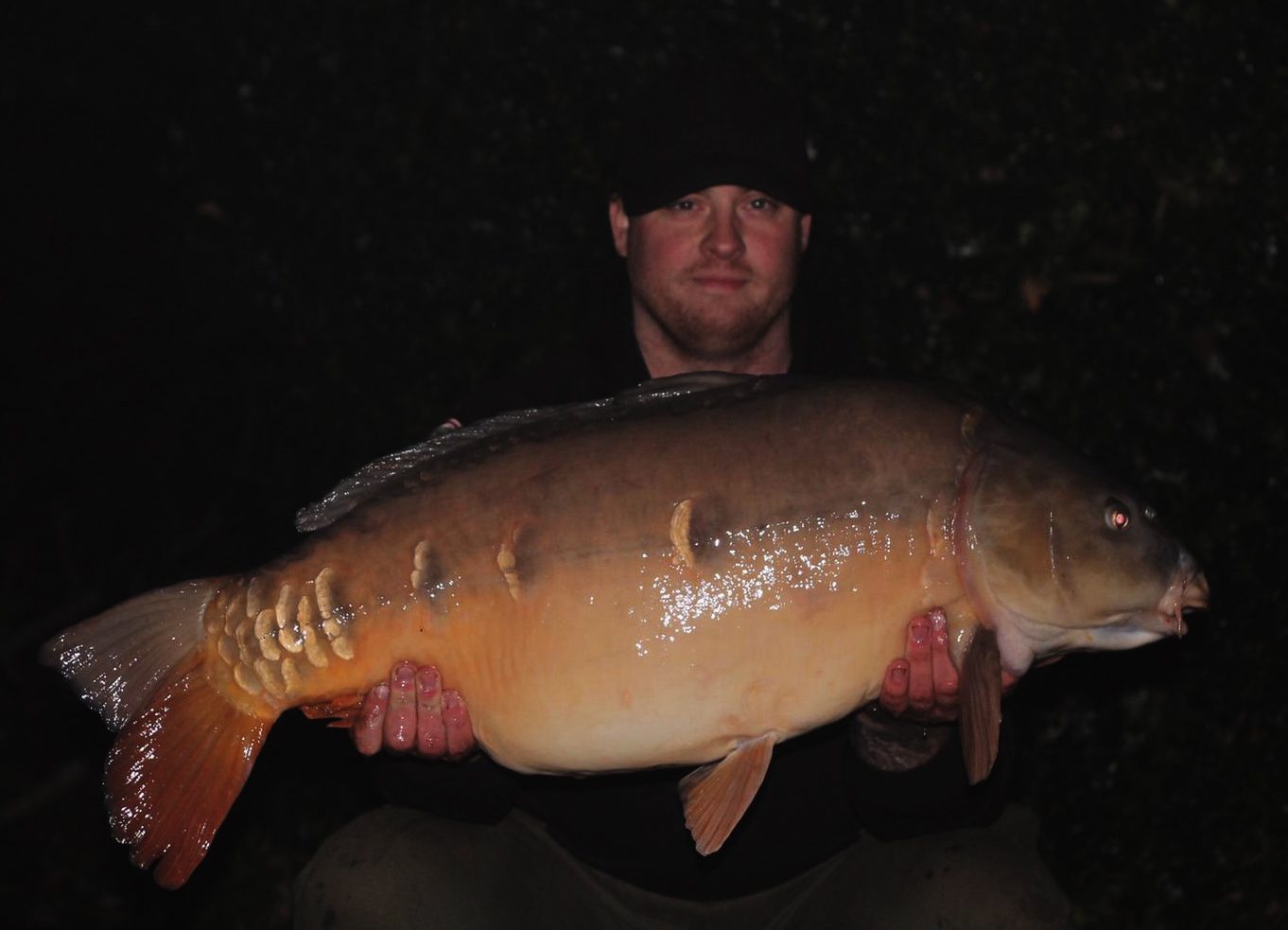 Mitch Wood racked up his 10th UK thirty in the past six months with a new personal best from Hunstrete Lake.

After only landing a PB common of 31lb from the same days-only lake a few days previously, Mitch continued his magnificent run with the capture of Three Scale, which tipped the scales at 37lb exactly.

A Milky Malt wafter did the damage for Mitch, which he combined with a three-bait stringer of 15mm Switch boilies cast at a showing fish.