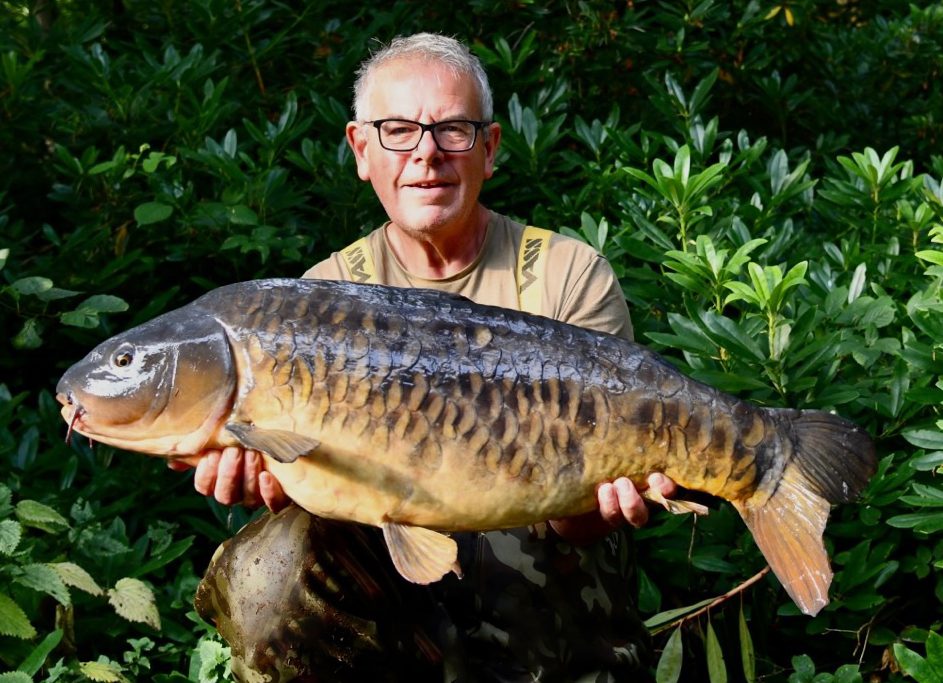 Gary Leek admitted he wouldn’t normally share his catch reports, but having recently experienced his best-ever hit on Weston Park of 23 fish, all coming on The Bug, he very kindly decided to tell us all about it!

Gary explains: “I don’t usually submit catch reports, as I just enjoy my local fishing and a yearly trip to the picturesque RH Fisheries Weston Park Boathouse, but having just got back from our second trip this year with the best hit of fish I have had at Weston, I thought it is one worth sending to you.

“This year we had planned two trips to Weston Park Boathouse, one at the end of July and one at the start of September. My normal go-to bait is SLK; I’ve used it for three seasons now, always with good results, but after having a play with a bag of The Bug and a tub of wafters, I decided to go with just The Bug and put my order in early for our July trip. Then came the announcement one week before our first trip that production of The Bug went on hold, so I had to switch the order back to SLK for that trip, but kept The Bug order on your system.

“I had 5kg of Bug dumbbells and a tub of wafters that I got to play with from a previous order, but at least it gave me chance to try the Bug alongside the SLK on our first visit to Weston Park. That trip we ended up with a 30lb 9oz leather, one of the old estate-lake leathers, five twenties to 26lb 3oz and three upper doubles, with the biggest three fish coming to The Bug, so I was well chuffed with the new bait.”

Earlier this month, Gary returned to Weston for his second trip of the year, this time armed with a big order of The Bug!

“Ahead of the trip, I ordered 40 kilos of The Bug boilies, 5kg of Bug pellets, a tub of Bug wafters, some Bug Hydro Spod Syrup and Liquid Food, and some Bug Paste,” said Gary.

“We arrived at Weston Park Boathouse on the Saturday afternoon and had a quick walk round the lake, chatting to a couple of the syndicate members. A read of the Boathouse book made the swim choice easy, as in the African Tree swim, fishing the open-water area of the lake, the carp were ripping the weedbeds up feeding up on the naturals. I fished two nights in there while priming two far-margin swims (90 yards) opposite the other Boathouse swim, just to give the fish confidence.

“The African Tree swim produced two fish, a 30lb 4oz fully scaled and a mid-twenty common, as well as one lost fish in the weed.”

After that, Gary decided to switch over to the Right-Hand Boathouse swim, which he had baited twice a day since his arrival with three kilos of Bug boilies that he had soaked in Bug Liquid Food and Bug Hydro Spod Syrup.

“The spot was cleaned out each time I went to bait up,” said Gary, who then went on to capitalise, landing 21 over the next five days.

Amongst them were three thirties, including the Lizard at 39lb 2oz, the biggest leather in the lake, eight twenties and eight doubles. 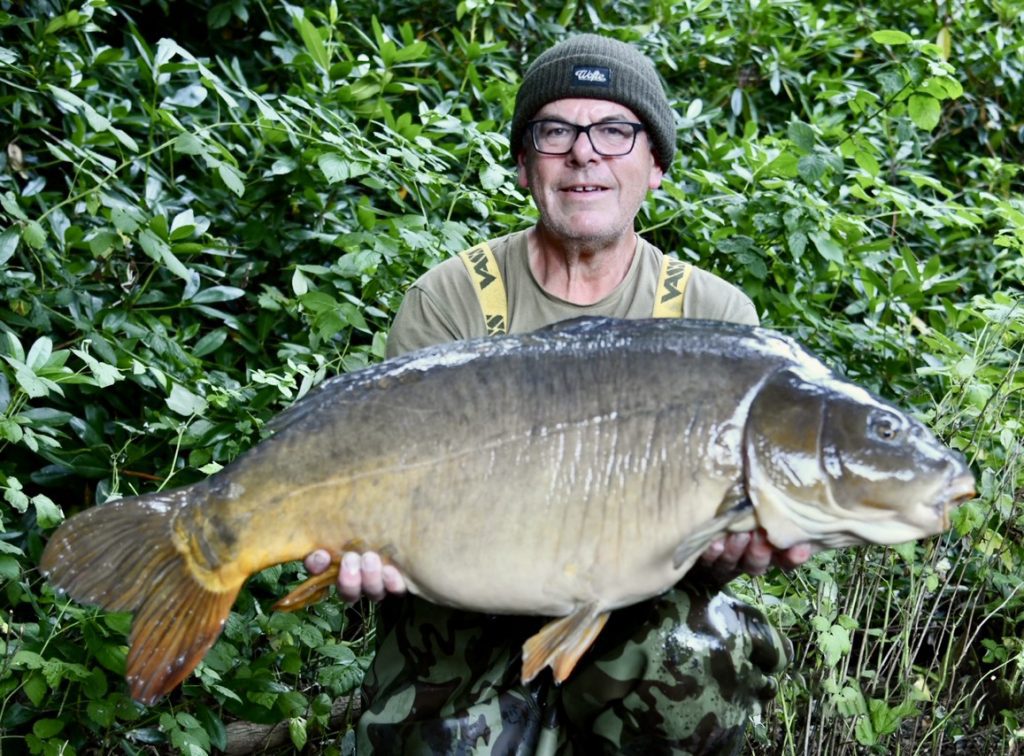 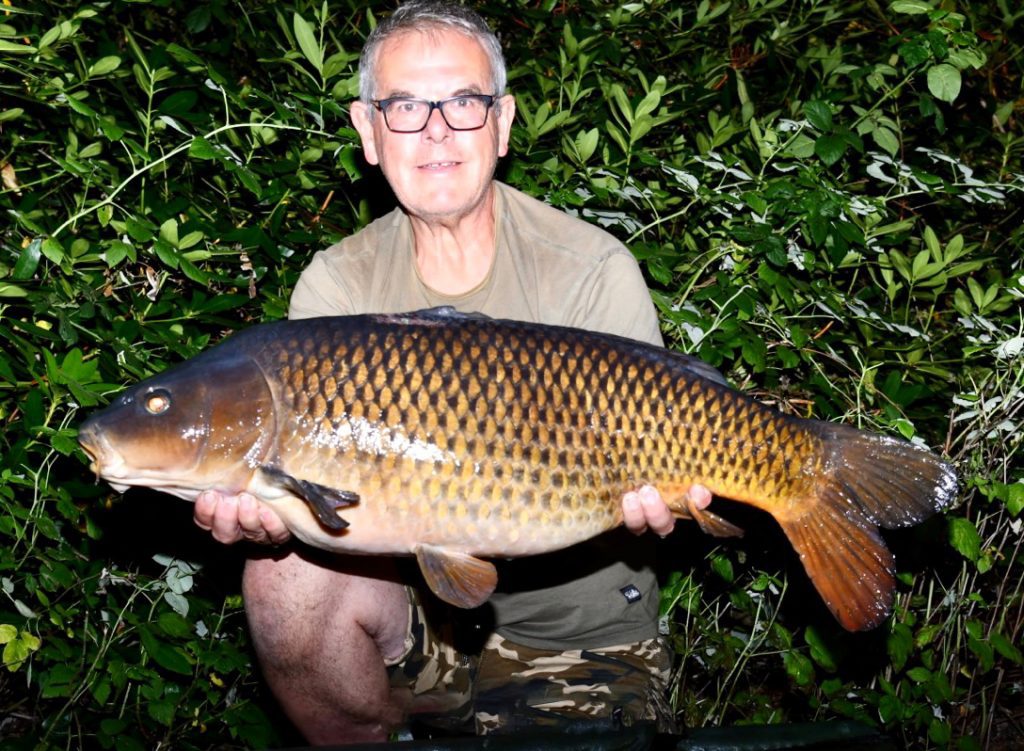 Gary got through all his 40 kilos of Bug boilies, as the carp just couldn’t get enough, with glugged-up Bug wafters accounting for all 23 of his fish. 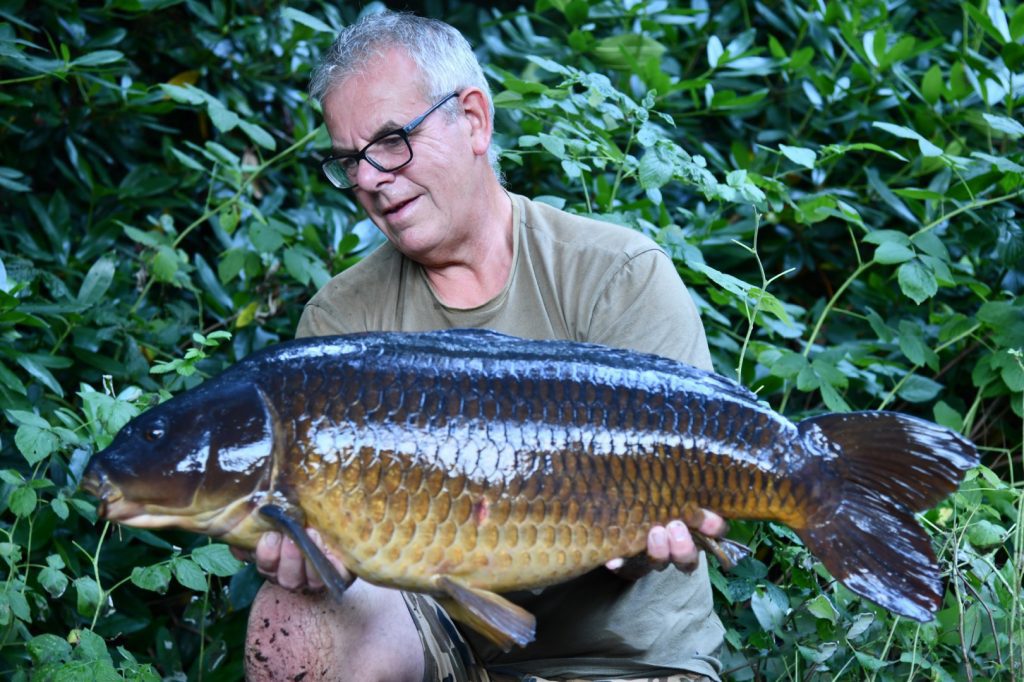 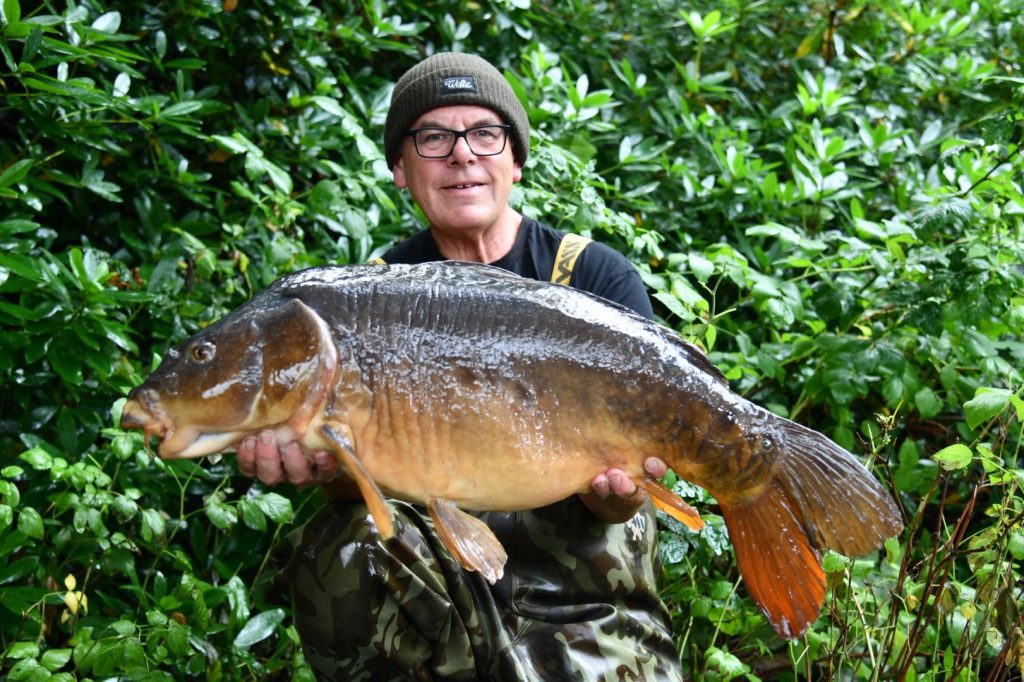 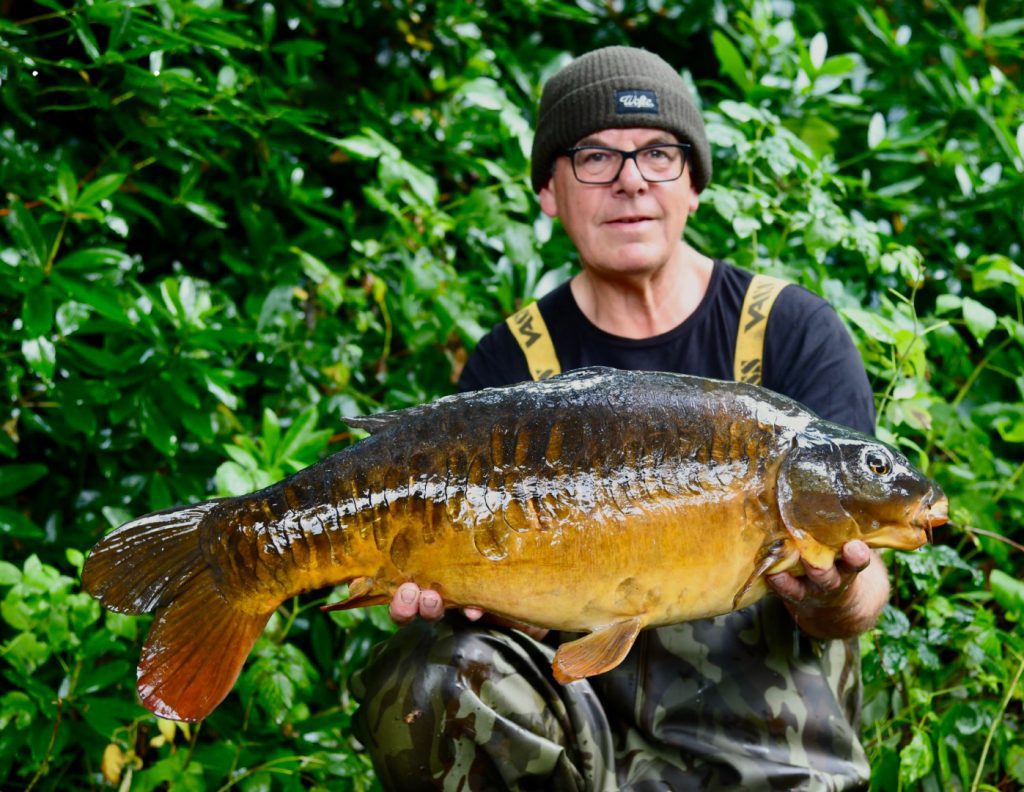