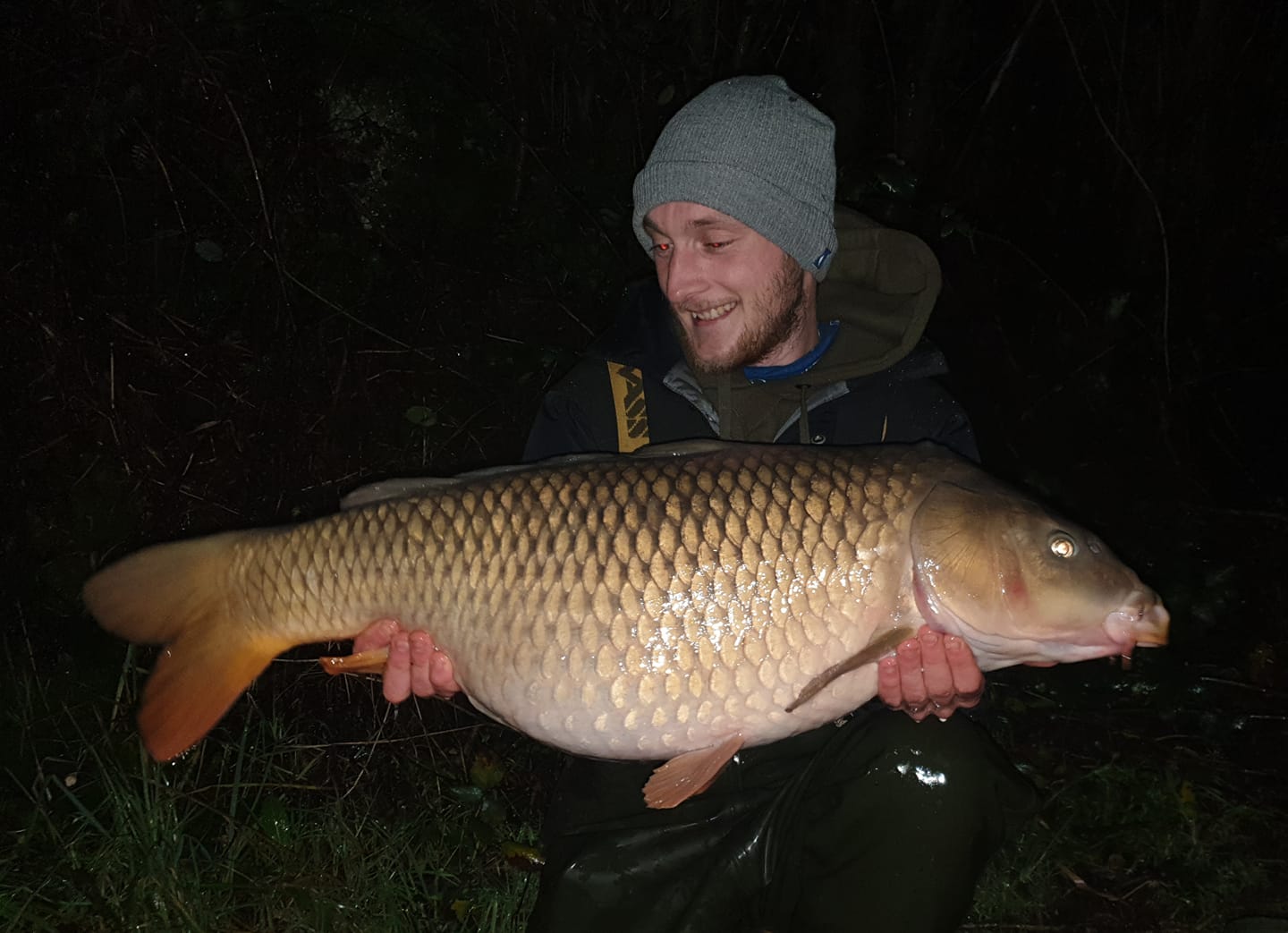 A seven-year quest to catch a Lower Tamar 30lb common came to an end just before New Year, when Dan Gay topped a nine-fish catch with the milestone fish on the famous South West Lakes Trust venue.

“During seven years of fishing a place called Lower Tamar, it was always my goal to catch a 30lb common from there,” said Dan.

“When my mate called me and asked if I fancied one more session before New Year, I was like, ‘Why not?’ I was glad I did, because I had nine fish in total, and finally that 30lb common at 31lb 14oz. What a feeling!

“A three-bait stringer of SLK and a 18mm SLK wafter on the business end. What a way to end my time on a beautiful lake!”