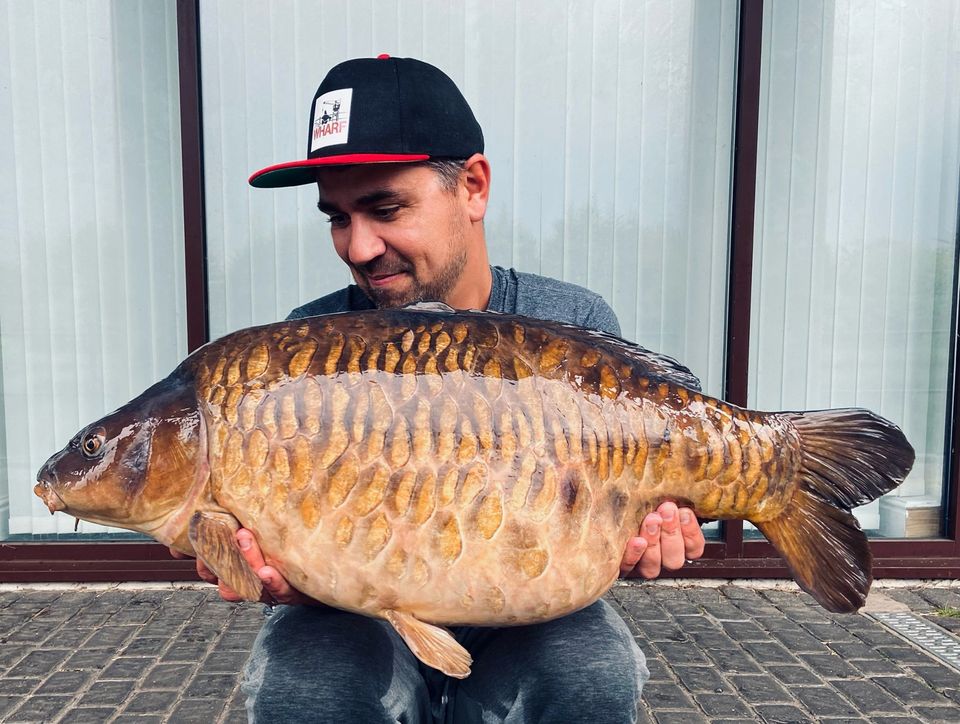 33LB FULLY IS THIRD WHARF A-TEAMER OF THE YEAR!

Karol Toth racked up his third Wharf A-team carp of the year thanks to the capture of the magnificent fully scaled mirror named Tomi at 33lb 2oz.

The 38-year-old catering manager from Cardiff, who wasn’t even due to fish, grabbed an opportunity when he saw fish showing whilst walking his dog!

Karol explains: “I went on a walk around the lake with Russ, my Jack Russell, after work around 3pm, but unfortunately for him, I had to cut walkies short, as I spotted some carp boshing the minute I approached the lake. So, I made the quick decision to grab two rods and essentials and I was fishing within 15 minutes!

“The fish seemed to move away from me, so I followed them, and on my third move, I under-arm cast to a showing carp and waited. It only took 10 minutes and I was away! The lead dropped instantly and the battle began on the surface. I knew it was a good fish and after several runs a beautiful Wharf fully slid into the net. Known as Tomi and weighing in at 33lb 2oz, it was my third Wharf A-team carp of the year.”

The fish gave itself up to a PB pop-up in conjunction with a bag of SLK and S7 crumb.