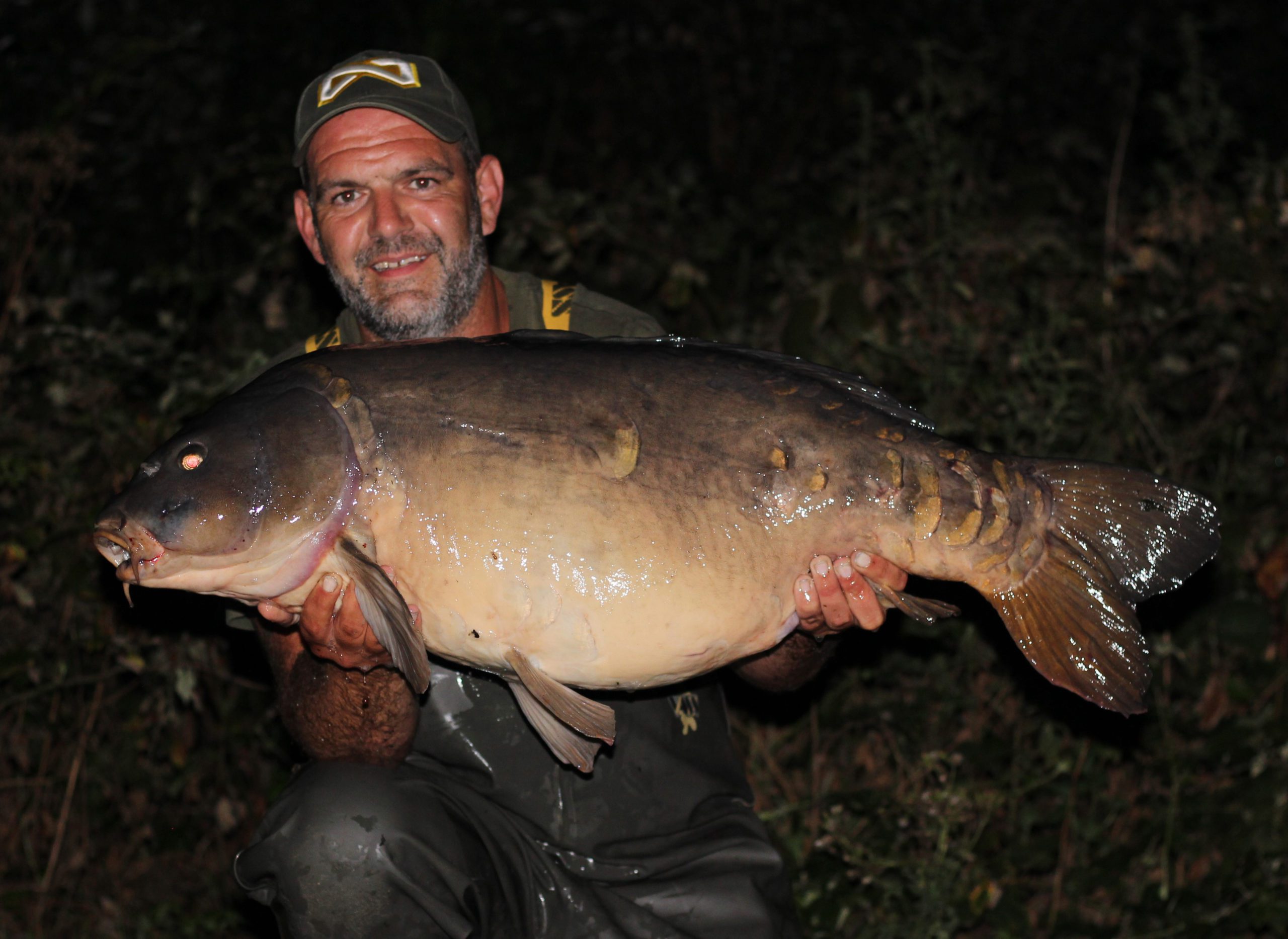 The Bug is a bait that just keeps on giving, in particular for Steve Robertson, who took it to Yateley Pads Lake for a social session and bagged himself mirrors of 43lb 12oz, 39lb 8oz and 32lb 10oz!

Steve used The Bug to tempt James’ Fish at 45lb 7oz from the Northwycke syndicate in Essex last year, preceded by the Box Fish at 41lb 2oz, which he followed this spring with the captures of Leia at 46lb 4oz and the Big Zip at 41lb 4oz back in the spring, so it’s safe to say his confidence in the bait is through the roof.

“With not a lot of time for fishing recently due to family commitments, and it being the school holidays, I was looking forward to a pre-booked social trip to Yateley Pads Lake with a group of mates,” said Steve.

“That’s exactly what I thought it would be, a social, because it’s not the easiest of lakes to catch from, as it has angling pressure for most of the year.

“We turned up, had a walk round and chose swims. I ended up in one called Waiting Man’s and started leading about, finding a lot of weed. A few hours later I’d found two reasonably clear areas and decided to fish two rods on one spot, which was tight! I baited up with 12mm and 15mm Bug boilies, along with some hemp and a small amount of corn.

“Still with no rods in the water, I went about setting my gear up ready for the nights ahead, then went round to see the lads and had a lovely barbeque and some beers before getting the rods out just before dark.

“Nothing happened that night, but early the next morning I had my first fish in the net, a 32lb 10oz Yateley carp. Result!

“My mate John then had a take, which weeded him up, so I reeled in and went to see him, before he eventually landed a new PB of 37lb 10oz, again on The Bug.

“That evening we had another social with a nice Chinese takeaway and a few beers. I’d put a bit more bait on the spots before dinner and at 9.30pm, I had a run that resulted in a 39lb 8oz mirror – I didn’t think it could get much better! However, at midnight I had another run. The fish weeded me up for a while, but eventually rolled into the net, weighing in at a massive 43lb 12oz!

“I lost two fish in the weed as well during the night! After five bites and three Yateley carp landed, I was a very happy angler!

“What a social, what a lake and what a bait!” 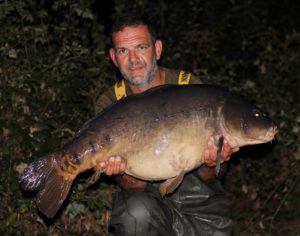 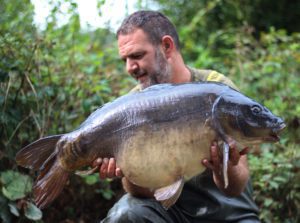