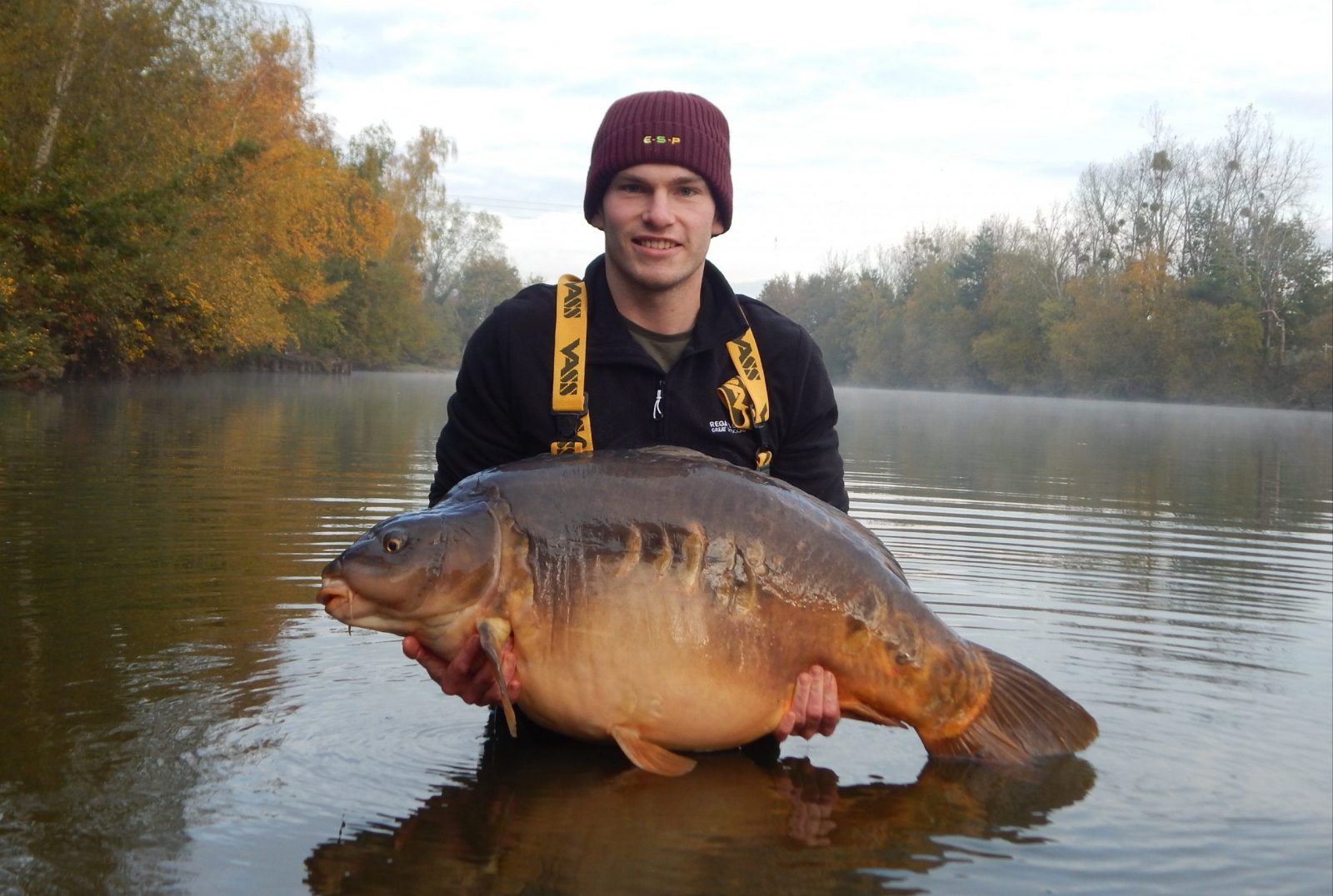 48 Hours of Madness on Old Oaks

In November 2019, I made my third visit to the French venue Old Oaks, represented by Angling Lines. My two previous trips had been quite different, with the most recent one in March 2019 being a real struggle. However, I was confident there would still be plenty of fish willing to feed in late autumn, and armed with 70kg of 15mm and 18mm Switch freezer baits, my friends, Ollie, Rick and I hit the road.

We arrived at the venue in the early afternoon and had the usual chat with the owner, Medhi, a really good chap who is always happy to see us and give a run-down of how the lake has been fishing. The previous anglers had endured a rather slow week, with the action not really starting until the end of their trip. With this info in mind, we were hoping the fish would still be on the feed.

We struggled getting set up before dark, but nevertheless, I took my time with the all-important placement of the rods. I walked around the five-acre pool to place each hookbait with a baitboat, the hoppers filled full of Switch. I dropped each of the baits two to three rod-lengths from the far margin just where I imagined the bottom of the shelf would be. The water levels were low due to the hot summer in this area of France and I imagined at this time of year the fish would be looking for the deeper water.

I had just dropped my left-hand rig when I heard a shout from my peg: “Joel, you’ve got a run!” I couldn’t believe it! I legged it around the lake to find Ollie holding my rod, applying steady pressure to the whatever was on the end. The fish felt a good size and give me the right run-around under my rod tips until Ollie slipped it into the net, only to let out an: “Ohhh noo!” The belter of a mirror was foul-hooked in the joint of its pectoral fin – I absolutely gutted! By this point we were around 18 hours without proper sleep, so I wasn’t the happiest of chaps (sorry, lads). I put the fish straight back and focused on getting that rod set again.

That wasn’t the end of the action for that Saturday night, though, as I managed a 31lb mirror at around 10pm. This was a character that we already knew, as it was one of the two fish I had caught on my previous session last March.

Sunday morning arrived, and after the usual caffeine hit, I was feeling re-energised. We decided to get the supermarket shop out of the way sooner rather than later, so the swims were left rested for most of the day. I do believe this makes a difference on pressured lakes where they are fished for week in, week out. I was hoping they would get down on the spots for a free feed before our return.

On our return, I had a little play around with the Deeper Pro+, which allowed me to find exactly where the bottom of the shelf was. I marked my lines up and had full confidence in where I was placing the rods.

The night drew in and by 5pm I had landed the second fish of my session, a 49lb mirror displaying some beautiful winter colours. This was just a taster of what was to come, though, as I had another two ﬁsh that night, the ﬁrst one turning out to be a 41lb 8oz mirror. 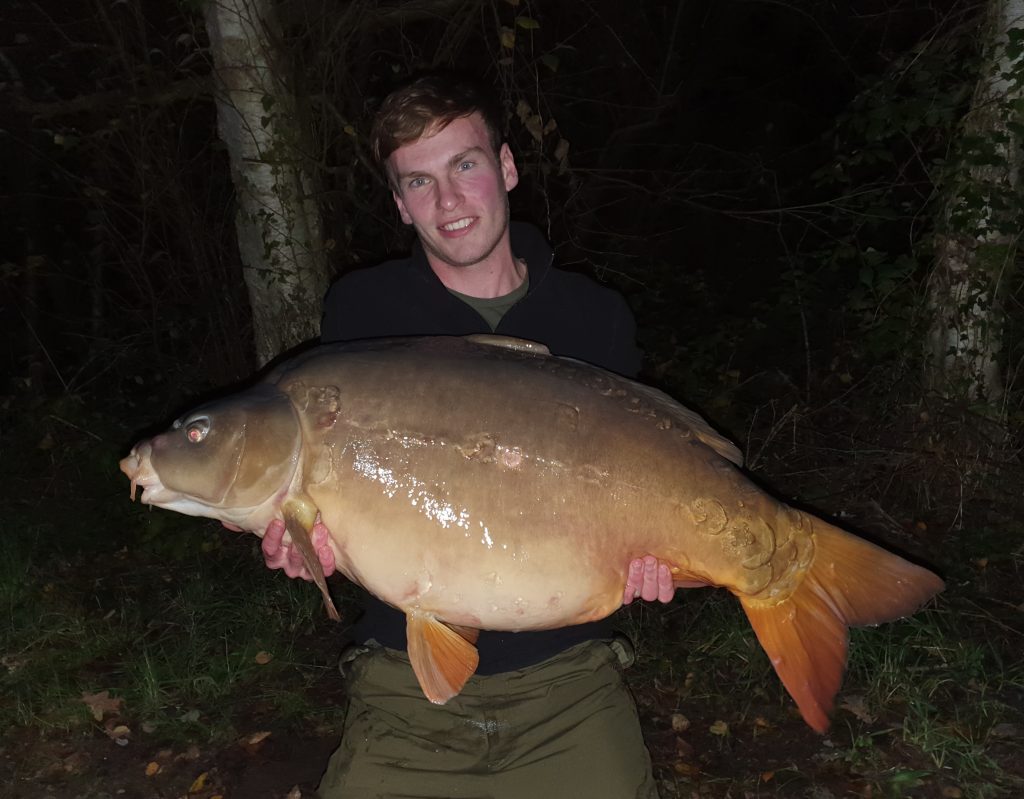 A cracking fish at 49lb

The next ﬁsh to drag me from the warmth of my sleeping bag turned out to be one of the A team! I recognised the ﬁsh as soon as I caught a glimpse of the big plated scales on its side. The needle swung round to 54lb 6oz, confirming my suspicions it was the biggest mirror in the lake, as well as a PB mirror for me. I was chuffed to bits; this was really turning into a red-letter session! 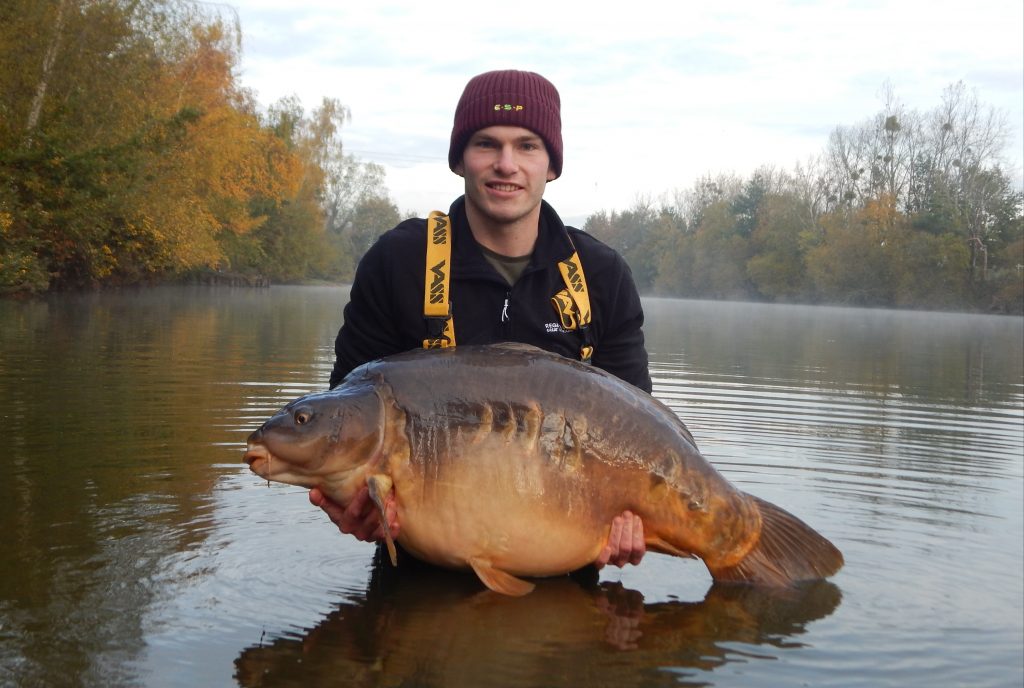 The biggest mirror in the lake at 54lb 6oz!

All ﬁsh that night fell to 12mm Milky Malt pop-ups on Ronnie rigs ﬁshed over a kilo of Switch freezer baits.

I managed to add another ﬁsh to my tally on Sunday, making it five fish in just 48 hours. It wasn’t the prettiest-looking ﬁsh, but all the same, at 46lb 12oz it was more than welcome. This time it was a PB pop-up and Switch boilies presented snowman-style over a boatload of Switch that produced the goods for me. 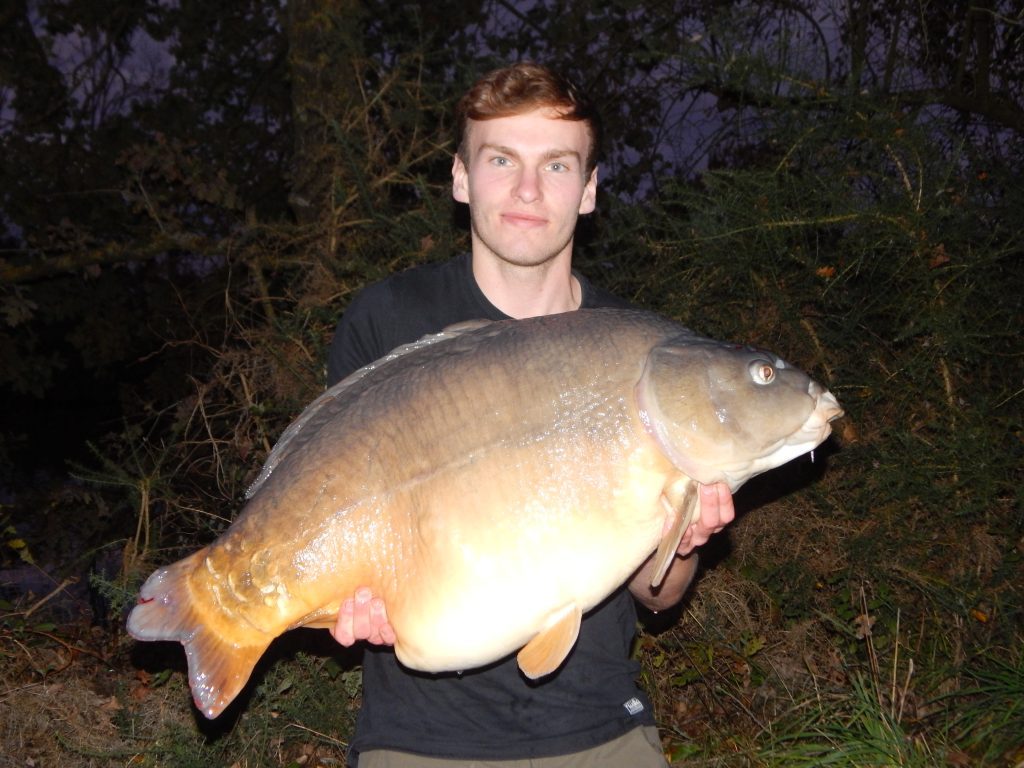 The bobbins sat still for the next three days as the cold snap hit, with temperatures dropping to below freezing through the night. I attempted to ﬁsh in the deeper water where I imagined the ﬁsh might have moved to, but this came to no avail.

I did manage one more ﬁsh on the Thursday in the shape of a 44lb 8oz mirror, a perfect example of the lovely, clean, up-and-coming mirrors the lake has to offer. 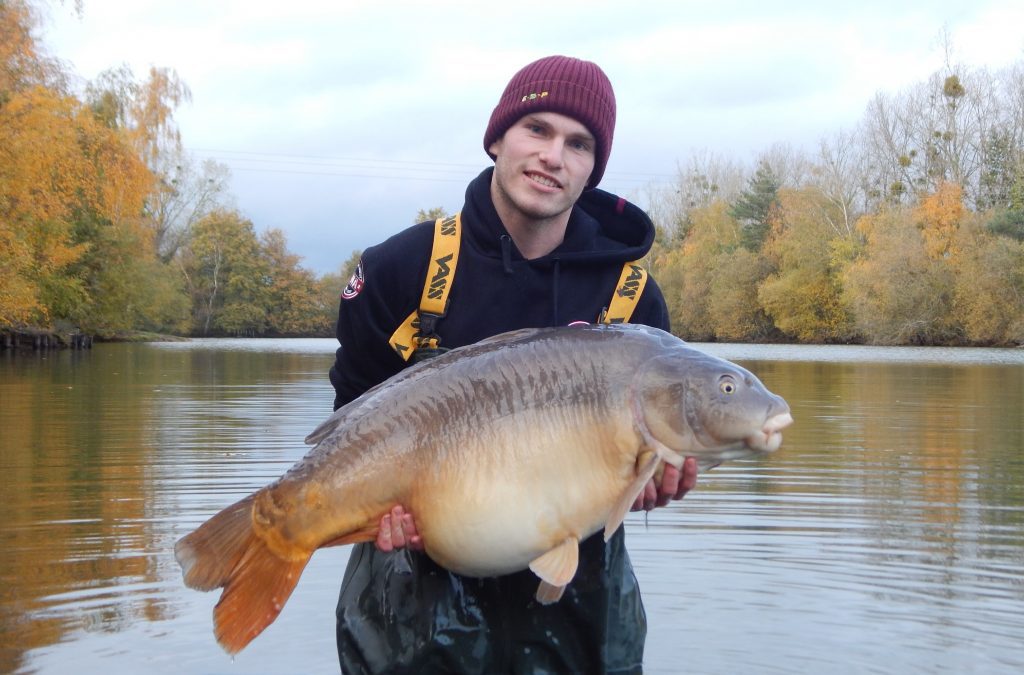 The final fish of the week at 44lb 8oz