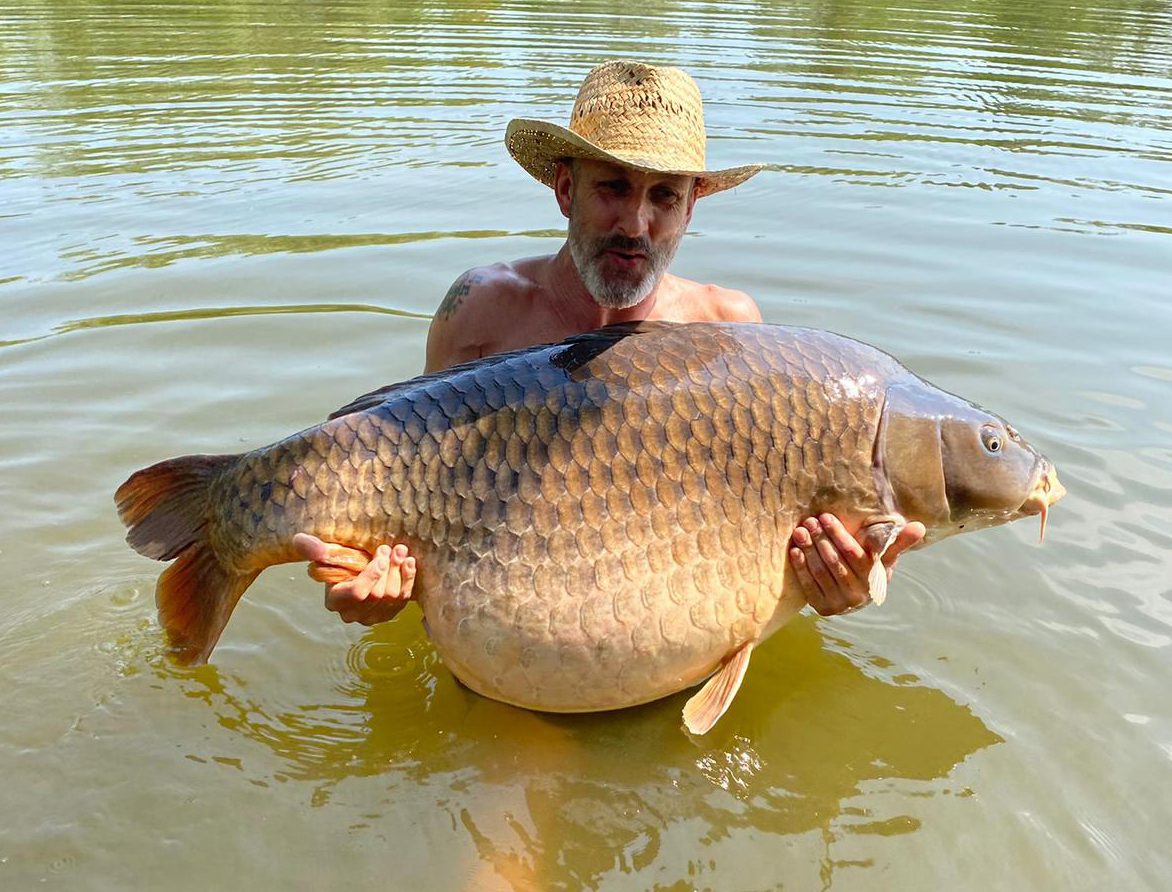 No sooner had we learned of Simon Crow’s capture of a UK 64-pounder on The Bug than news come through to us that a fish nudging the 100lb mark had been caught on this incredible insect-meal bait over in France!

Scott Cranfield was fishing over at Lake Serene as part of a lake exclusive when he landed the lake’s big common at a massive 99lb 4oz, just six days after it had been caught by 11-year-old Callum Pettit at 96lb 10oz.

Scott’s dad, Vic, got in touch to tell us about the capture of this massive fish, which eclipsed Scott’s previous PB of 68lb caught from the same lake back in 2019.

Vic said: “I was standing in Scott’s swim when he got a very hesitant take. I saw the line picking up out of the water, so told him to hit it. After a good fight, we somehow managed to get what was clearly a massive fish in the net. Knowing this fish only does one or two captures a year usually, we didn’t expect it to be the big one, as it had only came out a week previously, but there was no question which fish it was when we tried to get out the water.

“John, the owner, had just returned home from a shopping trip by this point and he instructed his stepson to go get the lake scales. With 10 people watching on, the scales gave a reading of 99lb 4oz, obliterating Scott’s previous PB by 31lb.”

The 99-pounder was one of three fish caught by Scott that week, succumbing to a Bug bottom bait boated out along with a few scoops of Bug boilies and some of the lake’s own particle mix.