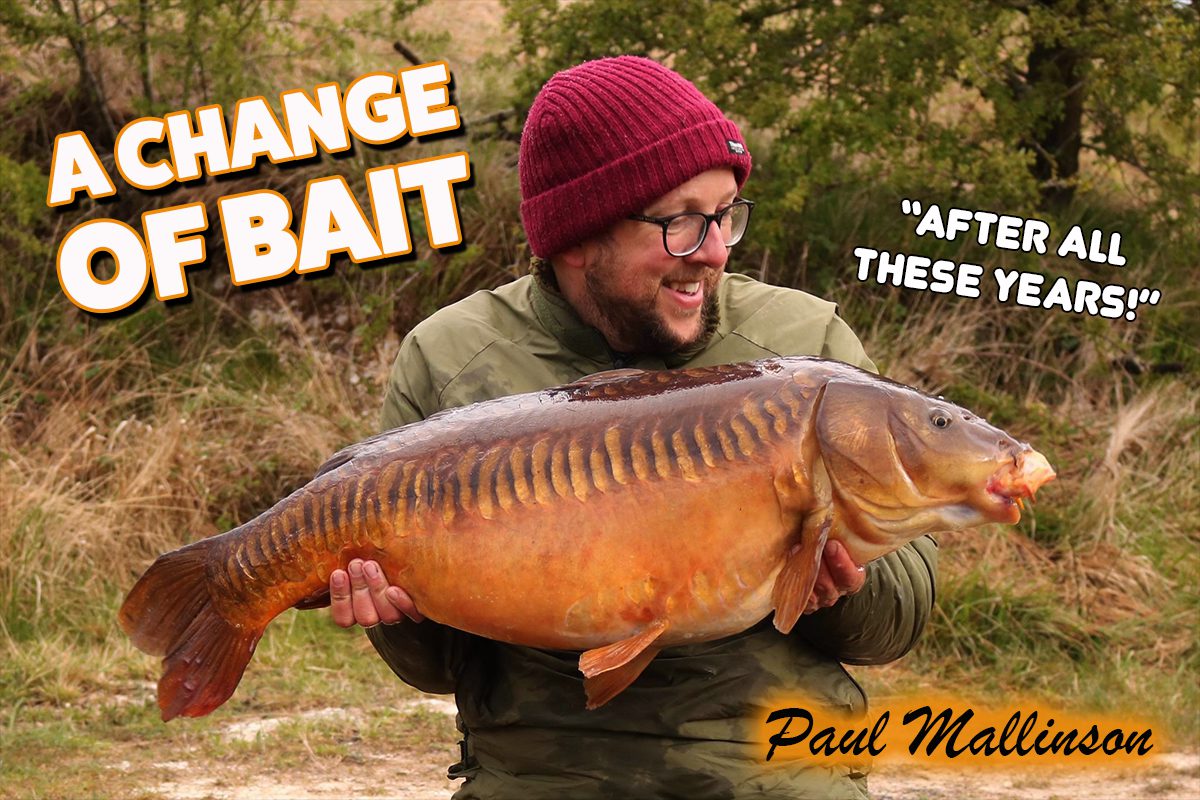 A CHANGE OF BAIT

It’s often said that confidence is key in sport, and that adage applies very specifically to carp fishing. A long time ago I wrote a piece for the old DNA Baits website entitled ‘Cutting Down the Questions’. The basis of this article was that, if you could remove certain questions from the equation that is carp fishing, there was more chance you would get the remaining questions right and catch as a result. One thing that hasn’t even entered my mind for years is the question of bait. I have used the SLK for 12 years and I’ve never had reason to contemplate a change. I know the bait works, it has caught for me everywhere I have used it, accounted for two northern 40-pounders and countless more quality fish besides those. If I wasn’t catching, I knew it wasn’t the bait.

So, why change? It’s been pointed out by the guys at DNA themselves that over the past few years, since the development of The Switch, the carp-bait sector needs to look towards the future. There is no question that our seas are over-fished and long-term impacts of this are starting to be felt in more and more places. If any of you have watched the ‘Seaspiracy’ documentary on Netflix you will be aware of what I am talking about. These documentaries are always one-sided and need to be watched with an open mind as to what the underlying motives of the film makers are, but having said that, the impacts of over-fishing are there to be seen for all. 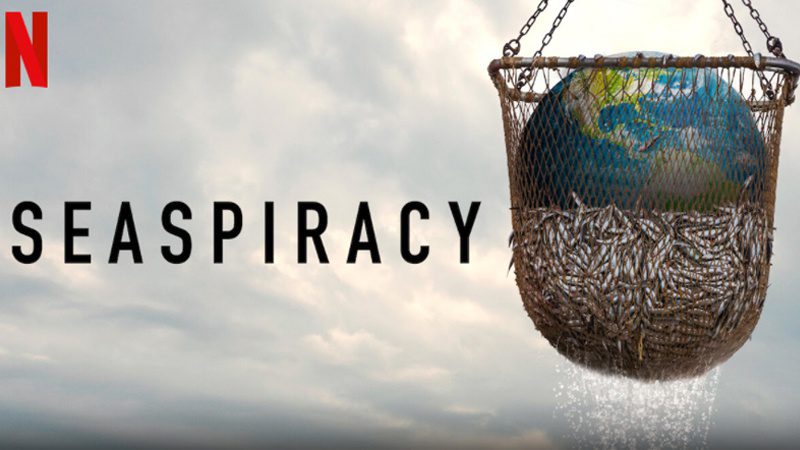 ‘Seaspiracy’ documents the damage over-fishing has on our oceans

Cormorants moved inland from the coastal waters which they evolved to live in due in part, no doubt, to a lack of prey fish at sea. The impact of the cormorants has been felt up and down the country – everyone knows of fisheries that have been decimated by the ‘black death’. I fish for roach on rivers in winter and it’s almost a complete waste of time fishing out in the country where these once seabirds have a free reign. If you’re not fishing in a town, or where there is a strong human presence to deter cormorants, you’re probably better staying at home. Also, without wishing to reignite a never-ending debate, if our natural waterways, rivers, lakes and canals had healthy stocks of bait fish, then otters wouldn’t need to look too much further. Obviously there are other issues at play here and it’s too simplistic to say that without cormorants coming inland otters would have plenty of food and wouldn’t attack carp and carp fisheries (clearly it would still happen), but the issues are unarguably linked.

So, as carp anglers, when we use fishmeals, even if we are only considering how it directly affects our own angling rather than the bigger worldwide issues which are at play, we need to understand that to an extent we are hypocrites and making a rod for our own backs (excuse the pun). I’m not saying for one second that fishmeals don’t have a future in carp angling, as I’m certain they do, but I do think we are over reliant on them, and in the not-too-distant future, like it or not, we will be forced to look towards alternatives.

When DNA announced they were developing an insect/larvae-based bait, I hoped it would live up to the reputation all the other baits DNA had previously developed had created, mostly because I wanted to use it! I first got my hands on The Bug this year, which unfortunately for me coincided with me joining a new syndicate. I say unfortunately, as it would mean I had two unknowns to consider, a new lake that I’d never even set eyes on and tackling it with a new bait. Not an ideal situation.

I needn’t have worried, though, as my very first session on the lake in mid-April resulted in a bite on my first morning. The hardest-fighting, best-looking 18-pounder I’ve ever caught was the culprit and I was chuffed to be off the mark on both the syndicate and the new bait. 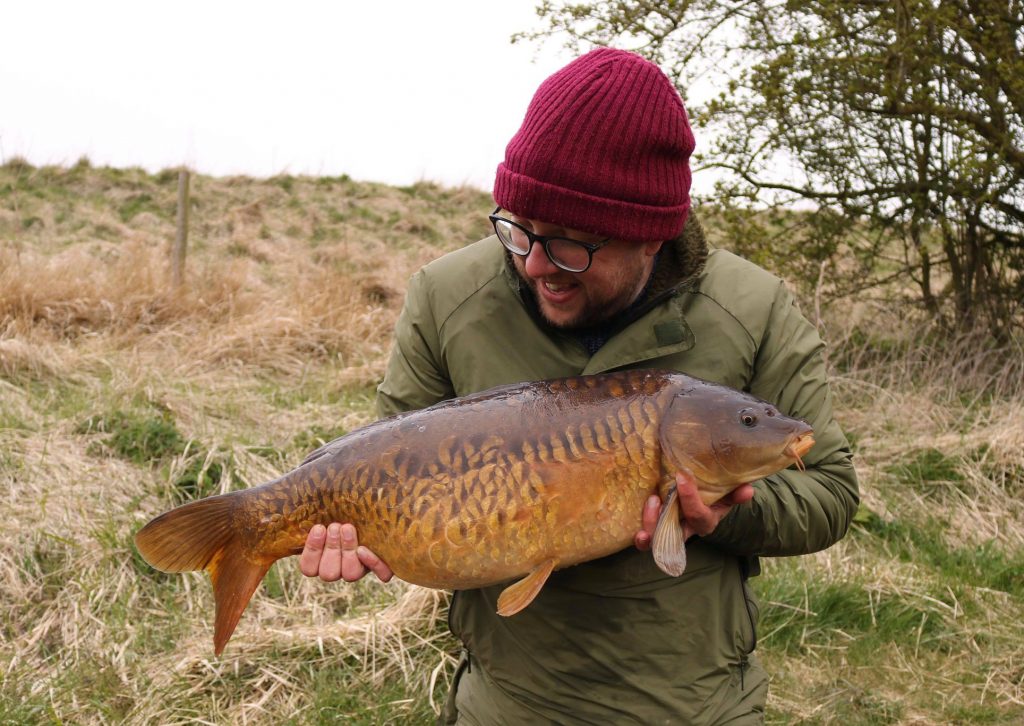 Since then, I have fished a further six nights and landed another seven carp! Mostly these have been smaller mid-doubles which have spawned on in the lake. One fish in particular was a real bruiser of a common and it fought as if its life depended on it, causing me to believe it had potentially never been caught before. 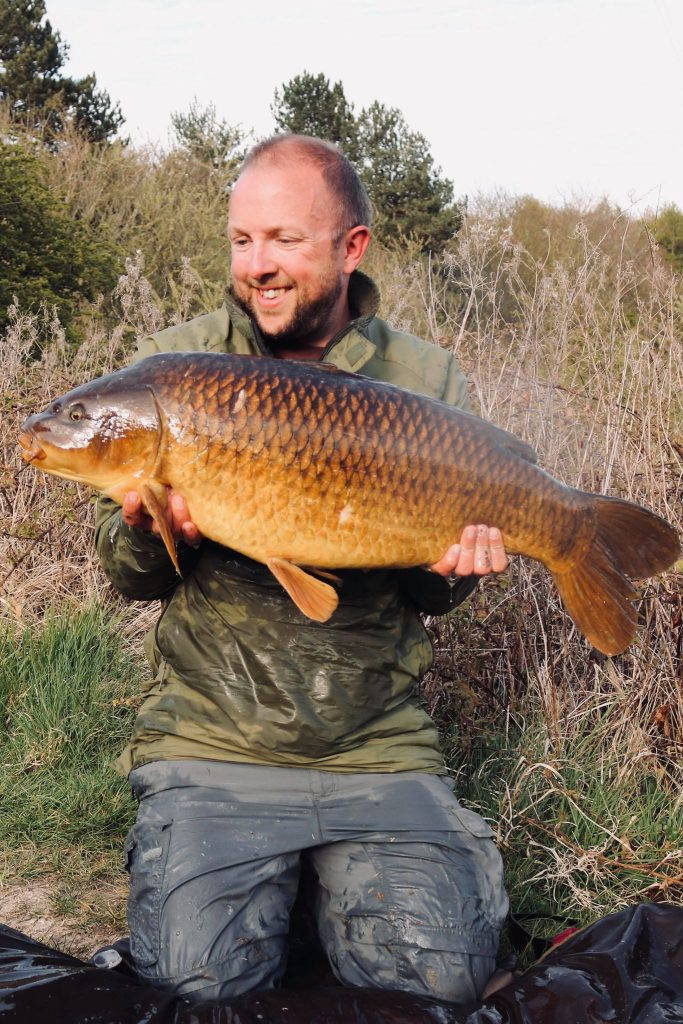 A fish that may never have been caught before

I did manage a couple of the better ones as well, a real classic chestnut common of 24lb 8oz and an absolutely gorgeous 29lb 8oz linear, which has been the icing on the cake so far for me. 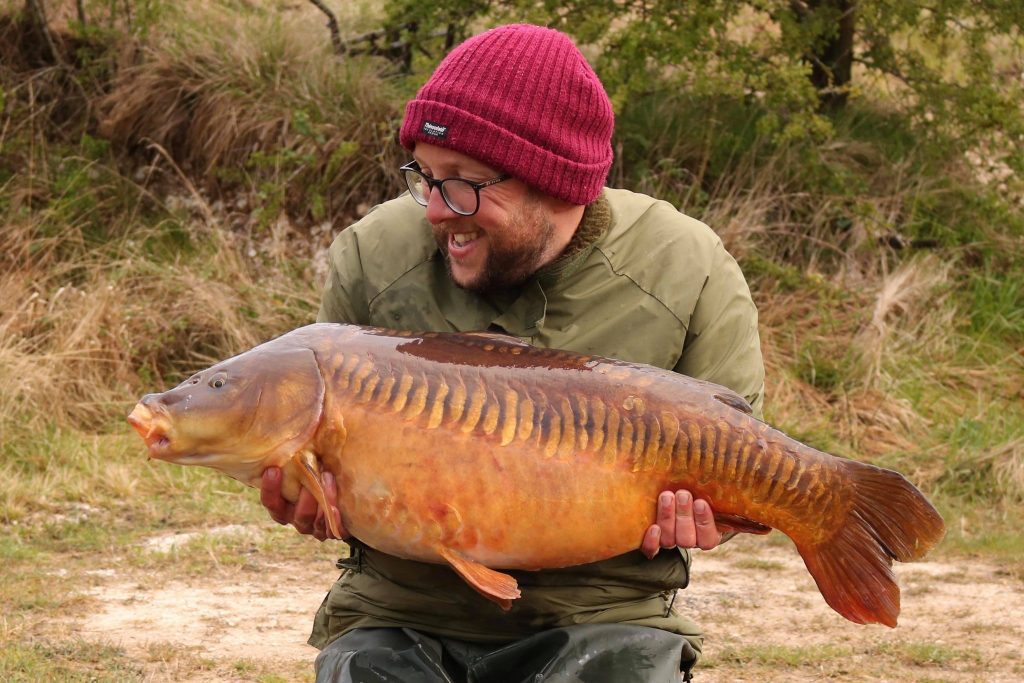 I’ll be talking a bit of an enforced short break from fishing now, as work is calling, but I can’t wait to be back, and now I know The Bug is working exceptionally well, it’s one less question in my mind and another step towards that big ‘un that lives in there!