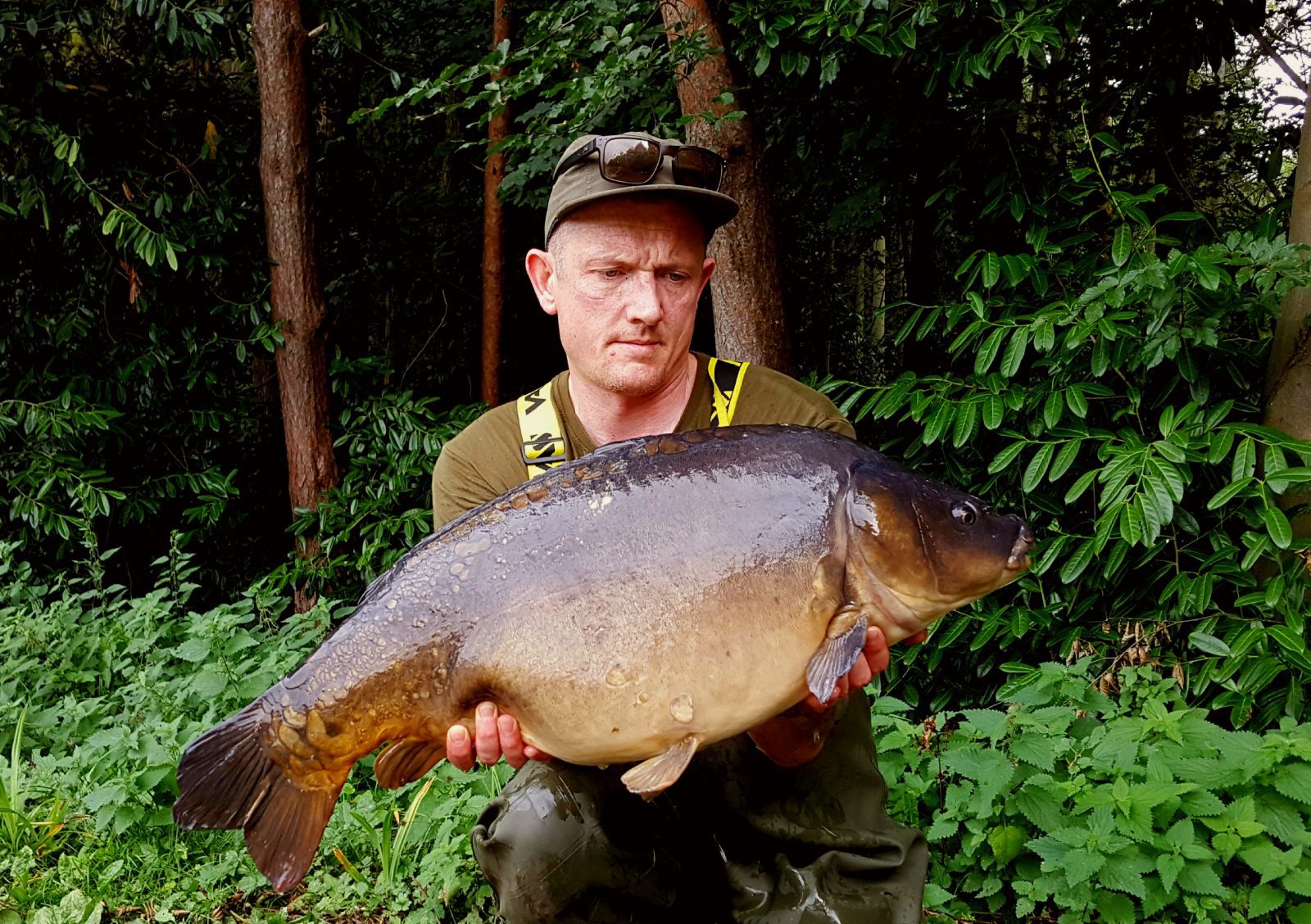 A return to the estate lake

After my last session on the estate lake with Liam Backx, I was desperate to get back down there. I had to go on a family holiday for a week after what was my most successful session on the venue fishing with Liam, and during the whole holiday I had the place in the back of my mind.

I returned from holiday on the Friday and had a social booked with someone on the other lake on the complex on the Saturday. It was my plan to get down there as soon as the social was over on the Sunday. The social went well for the other lad I was fishing with, Connor, but I had a disaster. Two of my spots got cleaned out by ducks and after that they just wouldn’t leave me alone. I just evaded a blank by banking one small common when packing up.

When I finally got down to the lake on Sunday afternoon, I was happy to find it was devoid of any other anglers. I got two rods out on two of the productive spots from my session with Liam, one a hole in the weed at about 30 yards and the other a marginal spot less than two feet from the bank. The final spot I was unsure of, as the spot I had targeted last session had only produced tench, bream and an eel! However, after failing to find another spot I was happy with, I decided to give this spot one more chance.

Boy, was I glad I did, as after only 10 mins that rod burst into life. I was fishing locked up, so a few bleeps and the line kiting towards a set of pads had me jumping to my feet. After a short battle I landed a nice old, dark mirror, very welcome after the nightmare session I had just had on the other lake.

After that everything became a bit of a blur, as things really kicked off. The tactics on each rod were the same SLK wafters on slip-D rigs fished over a bed of SLK. Over the next 48 hours I went on to land 19 fish, eight of which were over 20lb. A hit of fish that large is unheard of on this lake. It’s a tricky little water and managing one or two I would normally consider a good session. These fish are 50-plus-year-old stunners and don’t normally offer themselves up with such ease. 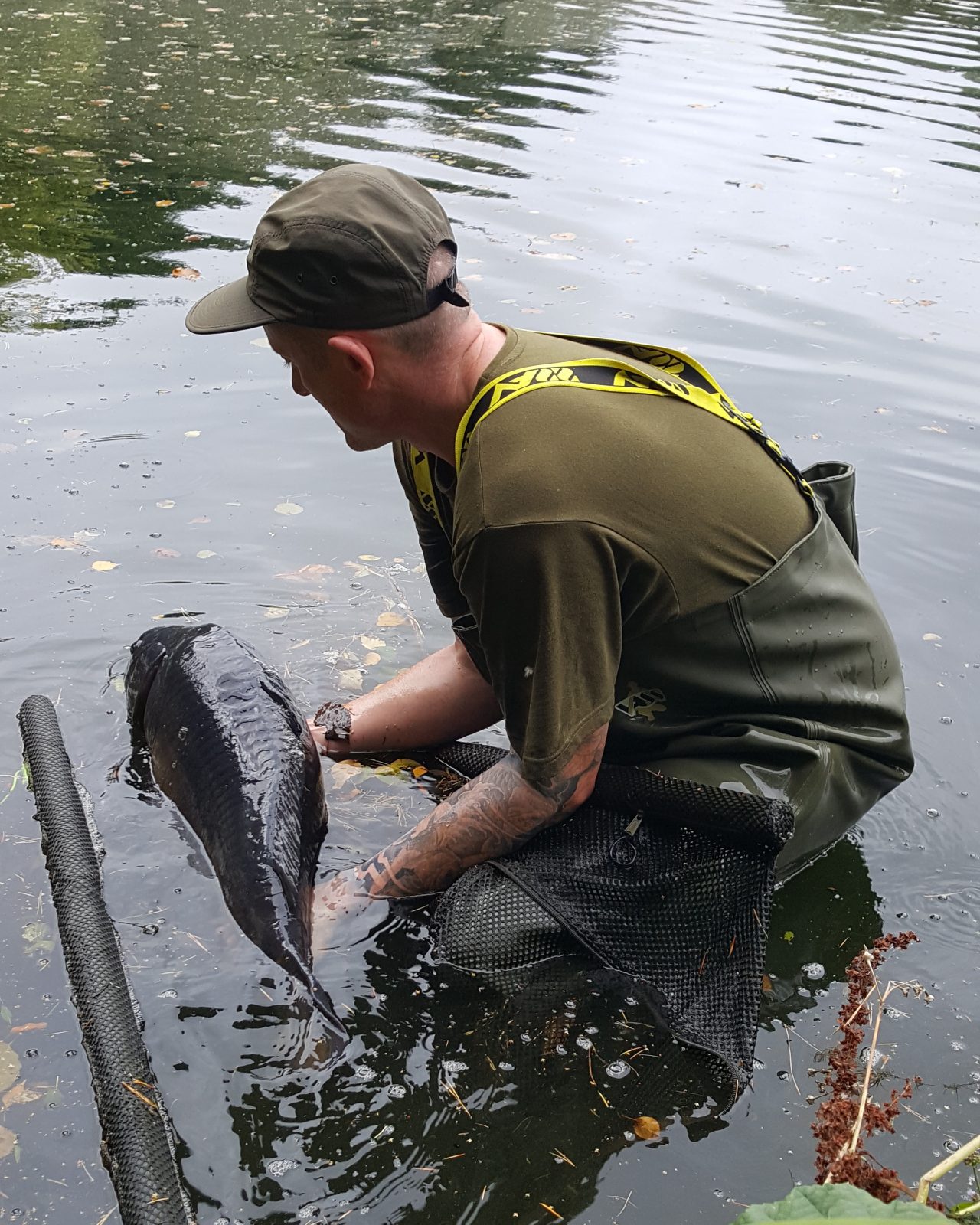 In the final hour as I was packing up, I landed the biggest fish of the session, a 27lb 11oz mirror, a stunning dark-black, thick-set mirror I hadn’t seen before. Just as I slipped the net underneath the fish, my margin rod hooped round and I was in to my final fish of the session. After a short battle, I had this fish netted as well. On closer inspection, I could see it was the same fish I caught right at the beginning of the session, a 23lb 8oz mirror that was very recognisable due to its starburst scale pattern.

I have never had the experience of catching the same fish twice in the same week, let alone in the same 48-hour session! I was gobsmacked, but it presented me with an amazing brace of fish and a very special photo opportunity. 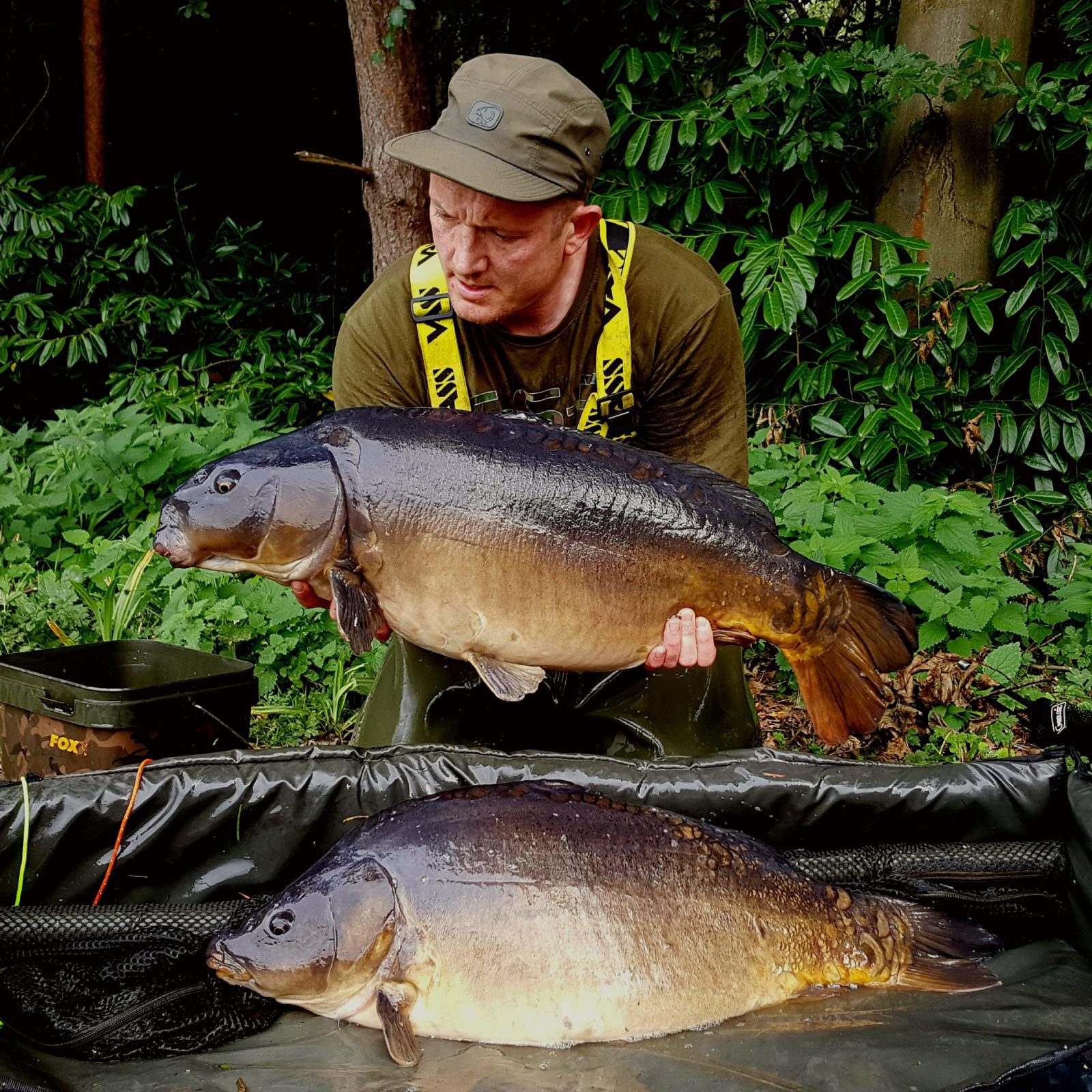 An amazing brace of fish

This has to go down as probably the best session of my life. I never got remotely close to my PB, but to catch so many stunners and have such a big hit of fish from this place blew me away. I packed up shell-shocked and well in need of a proper night’s sleep. What started as a nightmare session on the other lake became my best session ever, reinstating to me how important perseverance is in this game. 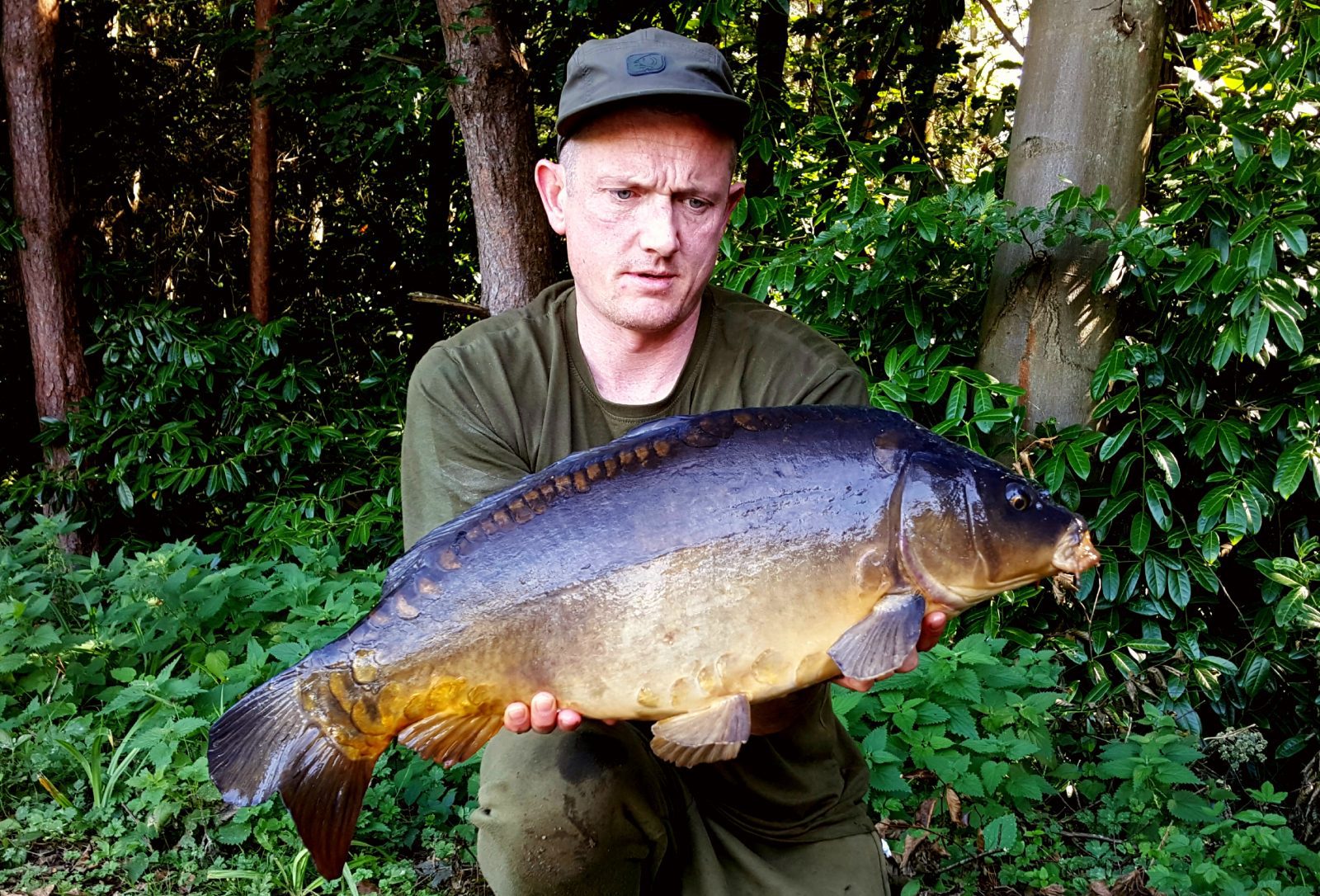 Probably the best session of my life