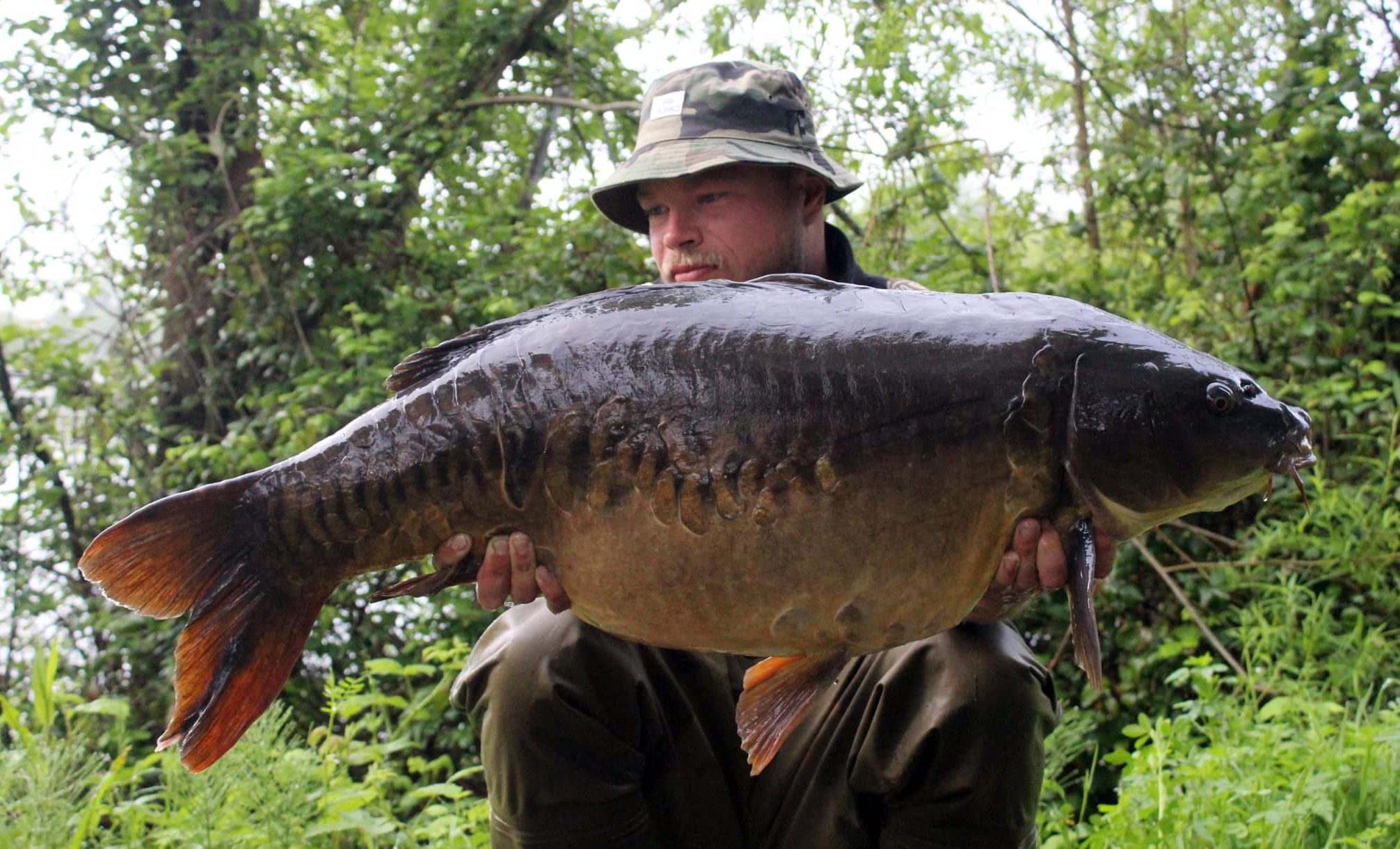 Harry Churchill has hit a purple patch on his South West club water of late, breaking his personal best amongst a string of A-team captures over a couple of sessions.

The first of his two sessions saw Harry cap a five-fish catch with the new PB, an awesome-looking fish known as the Scattered Linear, which tipped the scales at 37lb 7oz. Harry backed this fish up with the Big Common at a spawned-out weight of 29lb, as well as three other commons to 27lb.

Harry then returned for another 48-hour session and bagged himself yet another A-teamer, the Box Common at 32lb 10oz.

All Harry’s fish were caught on Bug Corker wafters, which he fished over a bed of 12mm and 15mm Bug and Secret 7 boilies, Secret 7 Amino Blast Hemp and tigers, all soaked in Bug Liquid Food. 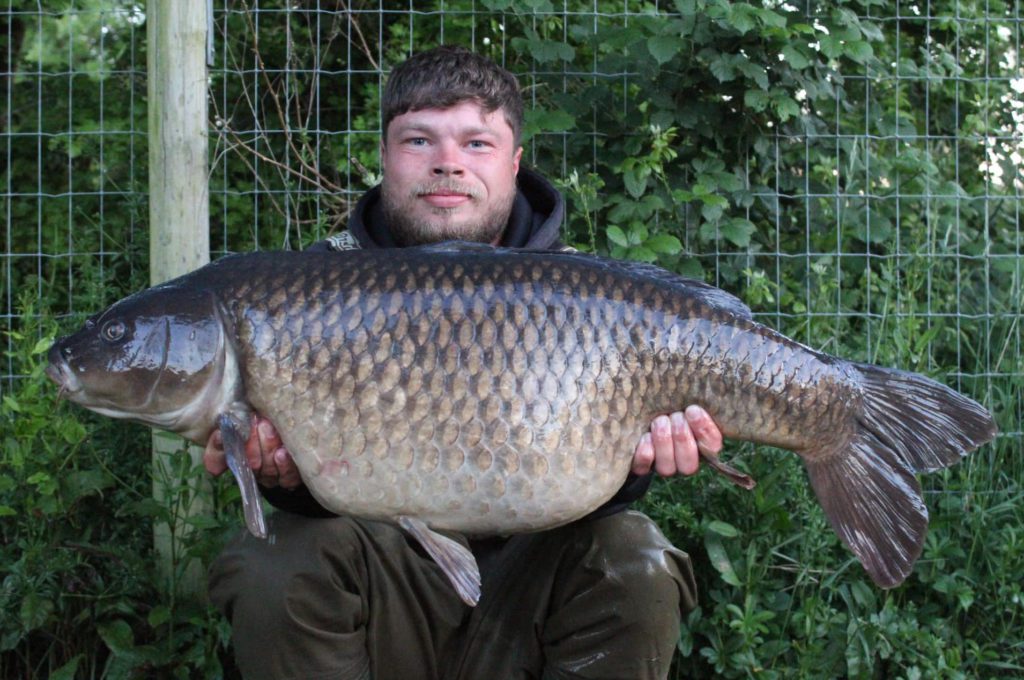 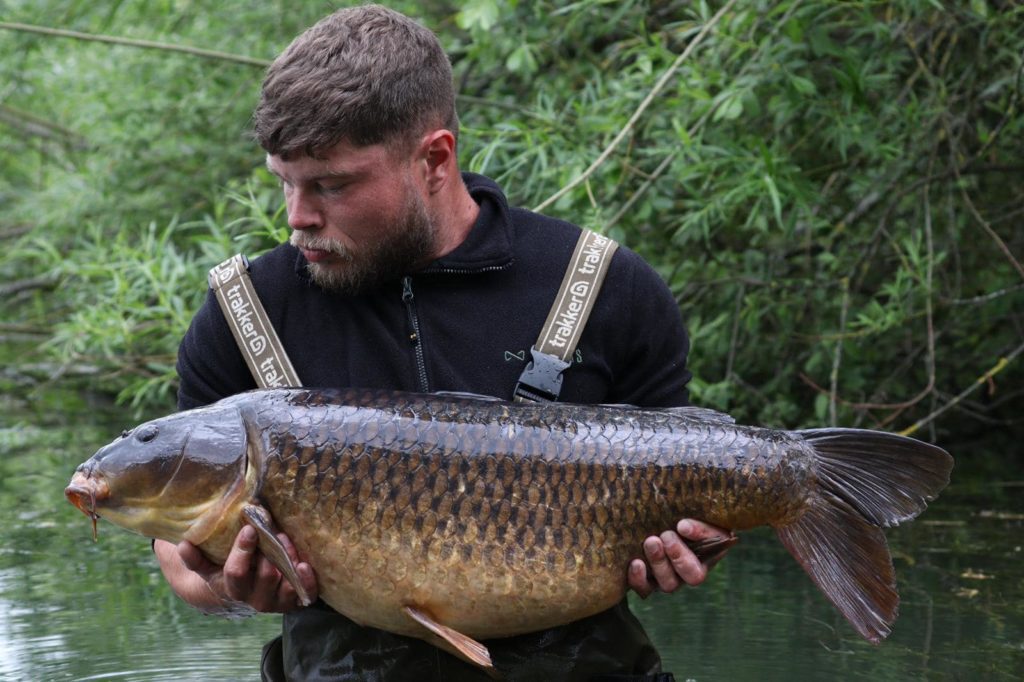