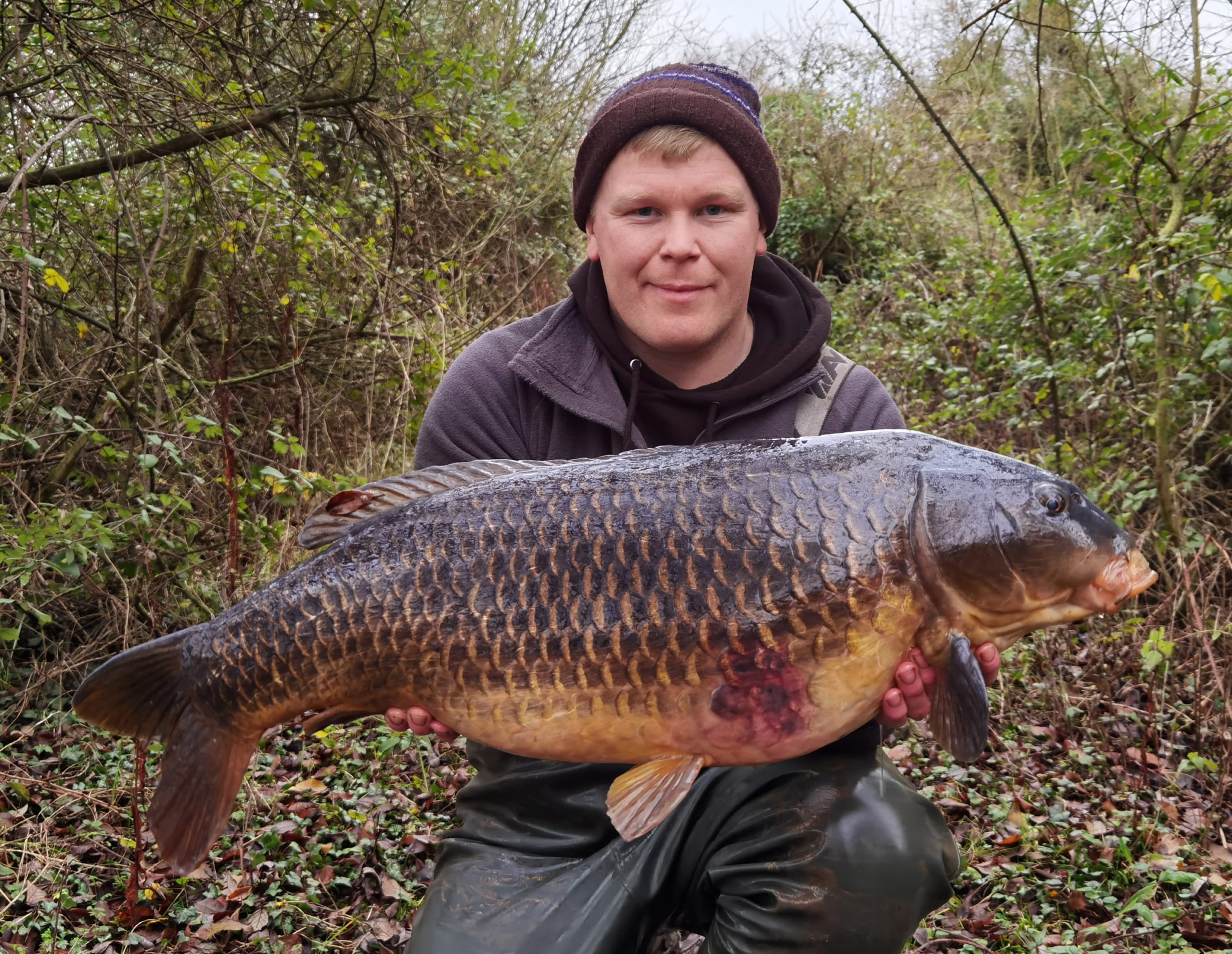 A winter to remember on Long Reach: Part 3

With seven fish under his belt, including the Long Reach Fully at 43lb 8oz and Mutley’s at 43lb 14oz, Phil Graham’s winter campaign on St Ives had now reached late December and the fishing was becoming more challenging.

However, five days on from the capture of the Fully, fish number eight was to grace Phil’s net, another identifiable fish going by the name of the Birthmark Common. Again, that SLK and Fish Hydro combination doing the damage for Phil.

A couple of hours after his capture of the Birthmark Common, Phil was to land his final fish of his winter campaign on Long Reach, as two days later the lake began to flood.

This common was a fitting way to sign off, taking his tally to nine fish in two months on the Cambridgeshire pit, including the Long Reach Fully at 43lb 8oz and Mutley’s at 43lb 14oz, all coming to a combination of SLK boilies and Fish Hydro liquid. 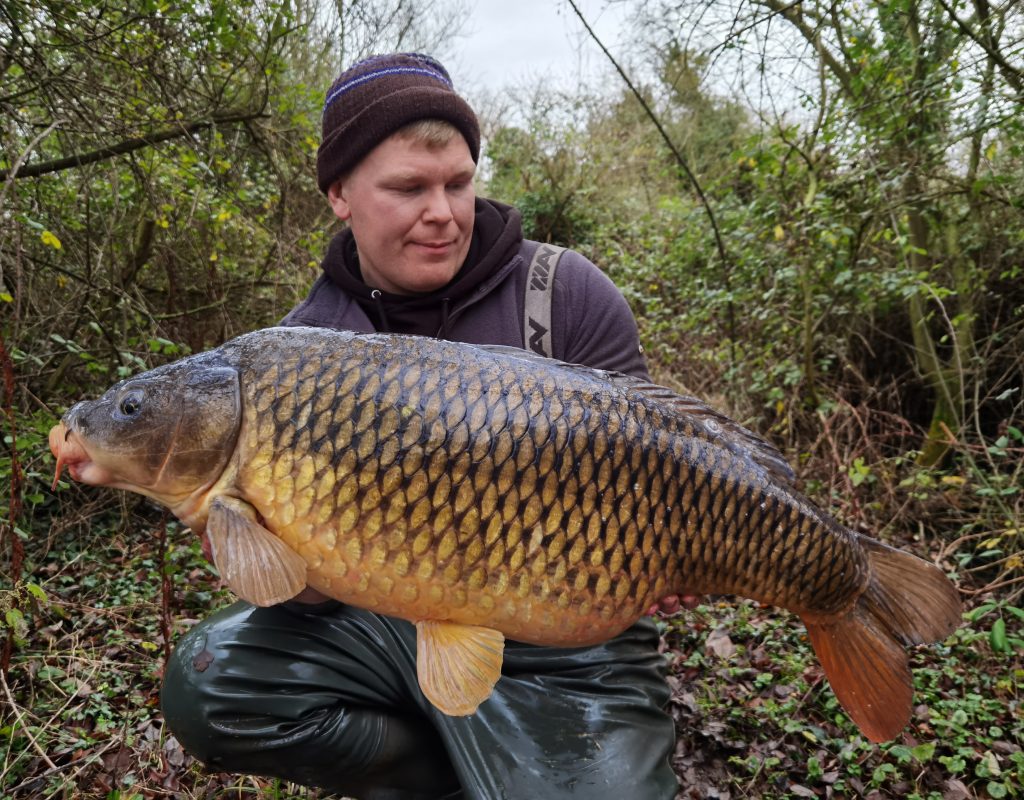