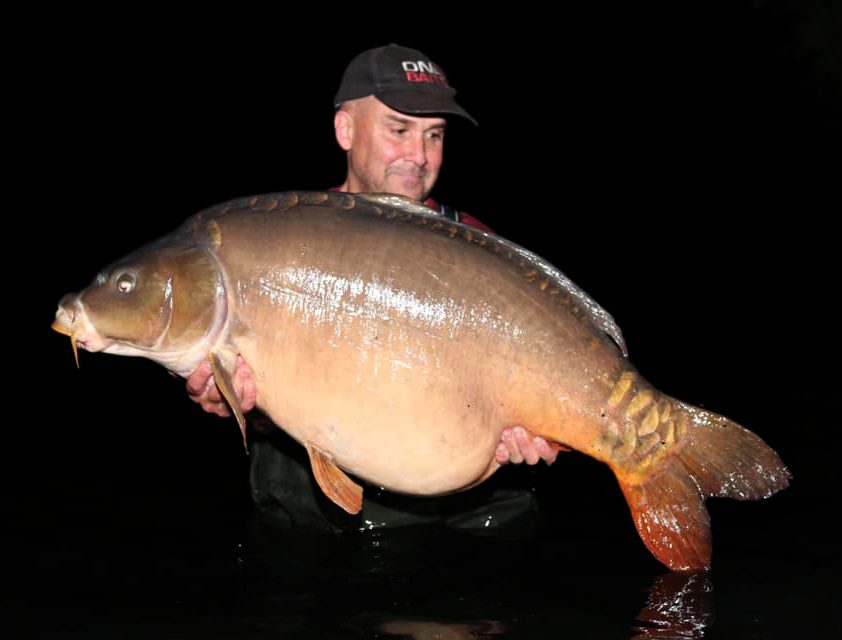 Following his capture of the amazing Kracken at 52lb 8oz from Fox Lake at Abbey in France a few days ago, Perry Alabaster has continued to haul!

After picking up a couple more fifties to 54lb 4oz, along with plenty of back-up forties and thirties, Perry took the gamble to try his luck on another lake on the complex, Heron Lake, and what a gamble that turned out to be, as the first night on he earned himself a new personal best of 66lb, a fish known as Nemo.

What a week it is turning out to be for Perry, and he’s only halfway through!

His new personal best gave itself up to a Secret 7 Hard Hooker, which Perry fished over a mixture of Secret 7 chops, Crayfish Maxi and Mini Mix pellets, hemp and Secret 7 Liquid Food.

Speaking about his session so far, Perry said: “After a busy first 48 hours on Fox Lake, with 11 fish under my belt, the takes dried up a bit on Monday and with Monday night also being quiet, I started to think about a swim move. I had been told at the start of the week that one of Fox’s big fish called Shumpy was due out, so when I heard it had just been caught from a bay on the far bank, I decided I’d take a gamble and move over to Heron Lake for a few nights. I’m due to return to Fox next year, so I’d get more chances to try and catch Shumpy another time.

“I plotted up in a centre swim on Heron, fishing at the back of a strong south-westerly wind that had been blowing for a few days in the hope there would be a few carp holding up in the calmer water. I had a take within two hours and after a long battle I finally saw a big fat mirror circling around under my rod tips. Then just as it looked to be tiring, the hook pulled! Sickening. I landed 11 fish from 11 takes through the weed on Fox and my first Heron fish fell off and it was BIG! However, at midnight I got another chance, and this time, after an epic battle, I had Nemo in the net, one of Heron’s A-team at a new PB at bang on 66lb. That definitely made up for the loss.

“I’ve been trying out the new test hydrolysate recently and it worked beautifully used in conjunction with the Crayfish pellets on Fox. This fish, however, fell to my old tried-and-tested method of using S7 Liquid Food over chops, pellets and particles, with a Liquid Food-glugged Hard Hooker as the hookbait. A devastating combination!” 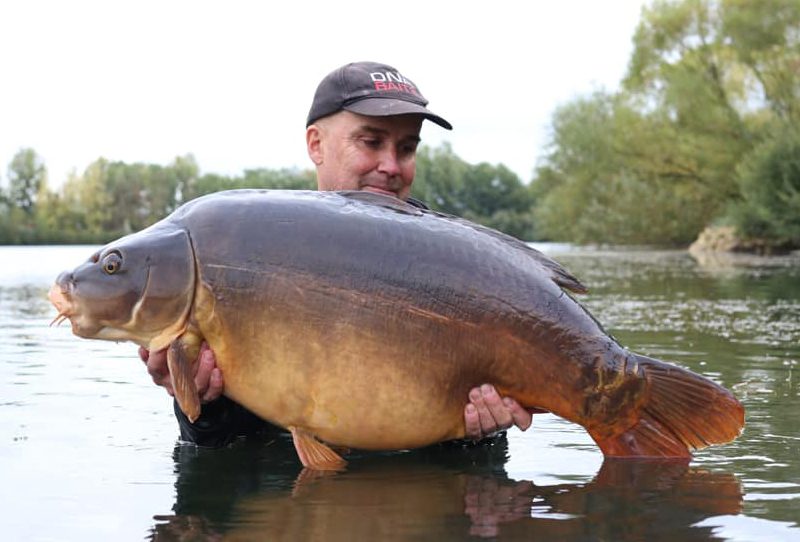 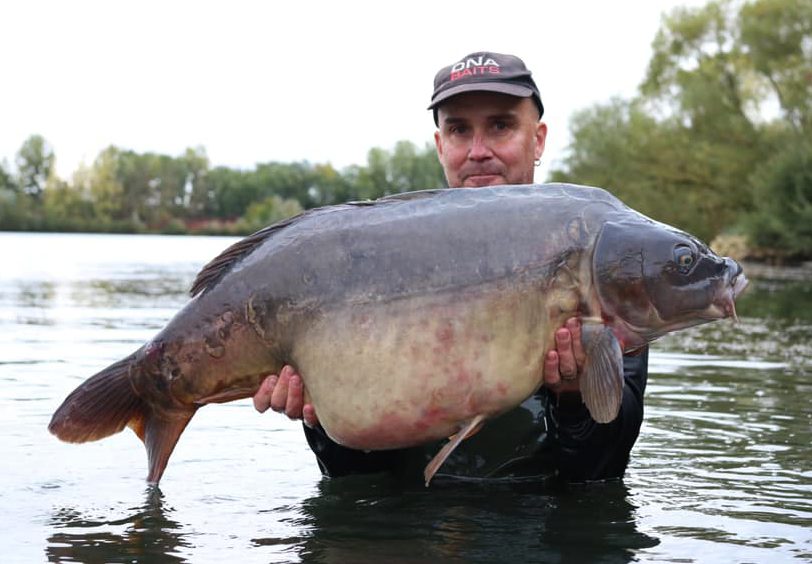 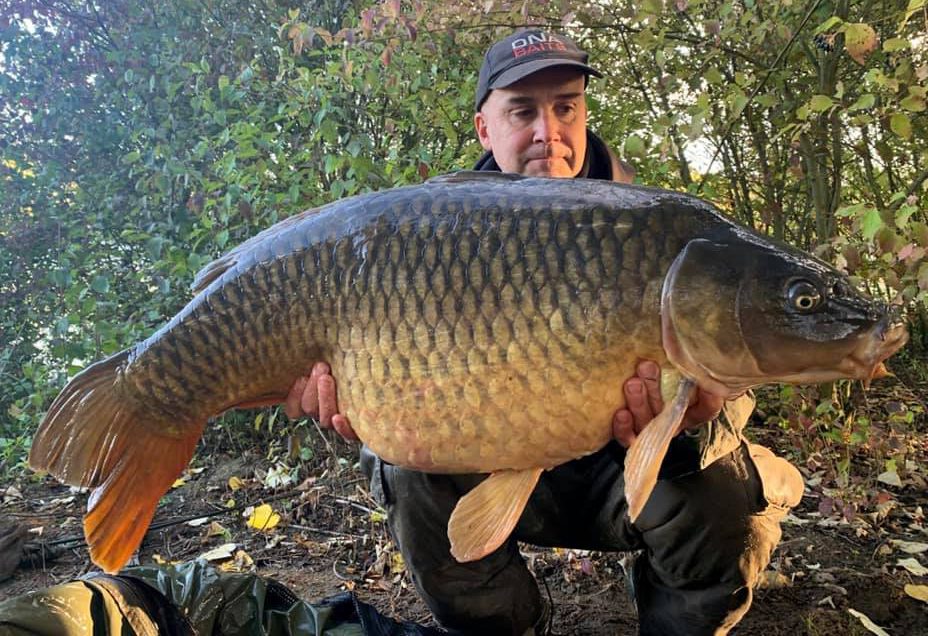 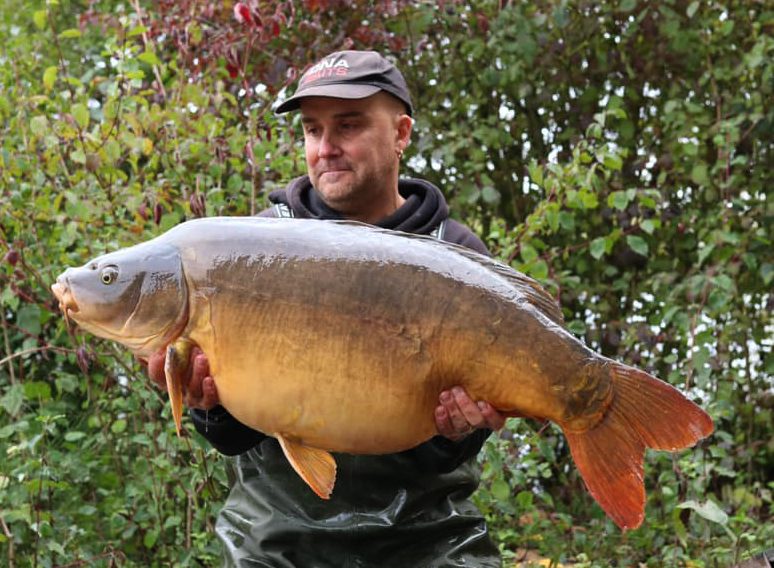