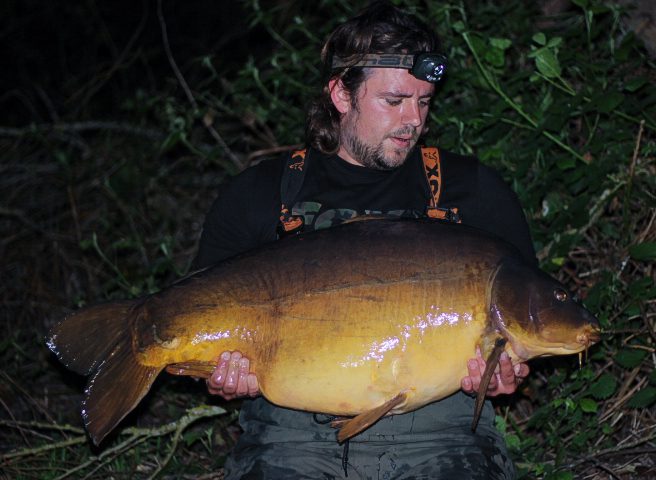 Ben Lees is only part of the way through his open-access session on Acton Burnell Top Lake but has already landed one of the water’s largest residents!

Ben told us? “After finding a clean spot amongst the beautiful surroundings of Acton Burnell Top Lake, 10 Spombs were deployed to the spot, with an ever-faithful 15mm PB pop-up presented over the top of the bait.

“I started to receive savage liners from around 8 o’clock, before losing a fish at about 10pm. I quickly got the rod back on the spot and was rewarded with one of the lake’s A-teamers, a staggering 45lb 12oz mirror called Big Pecks.”

Ben fished his PB pop-up on a hinged stiff rig amongst a mixture of 8mm, 12mm and 15mm Secret 7 boilies, mixed in with some particles, all of which he had coated in S7 Hydro Spod Syrup. 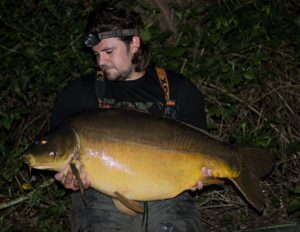