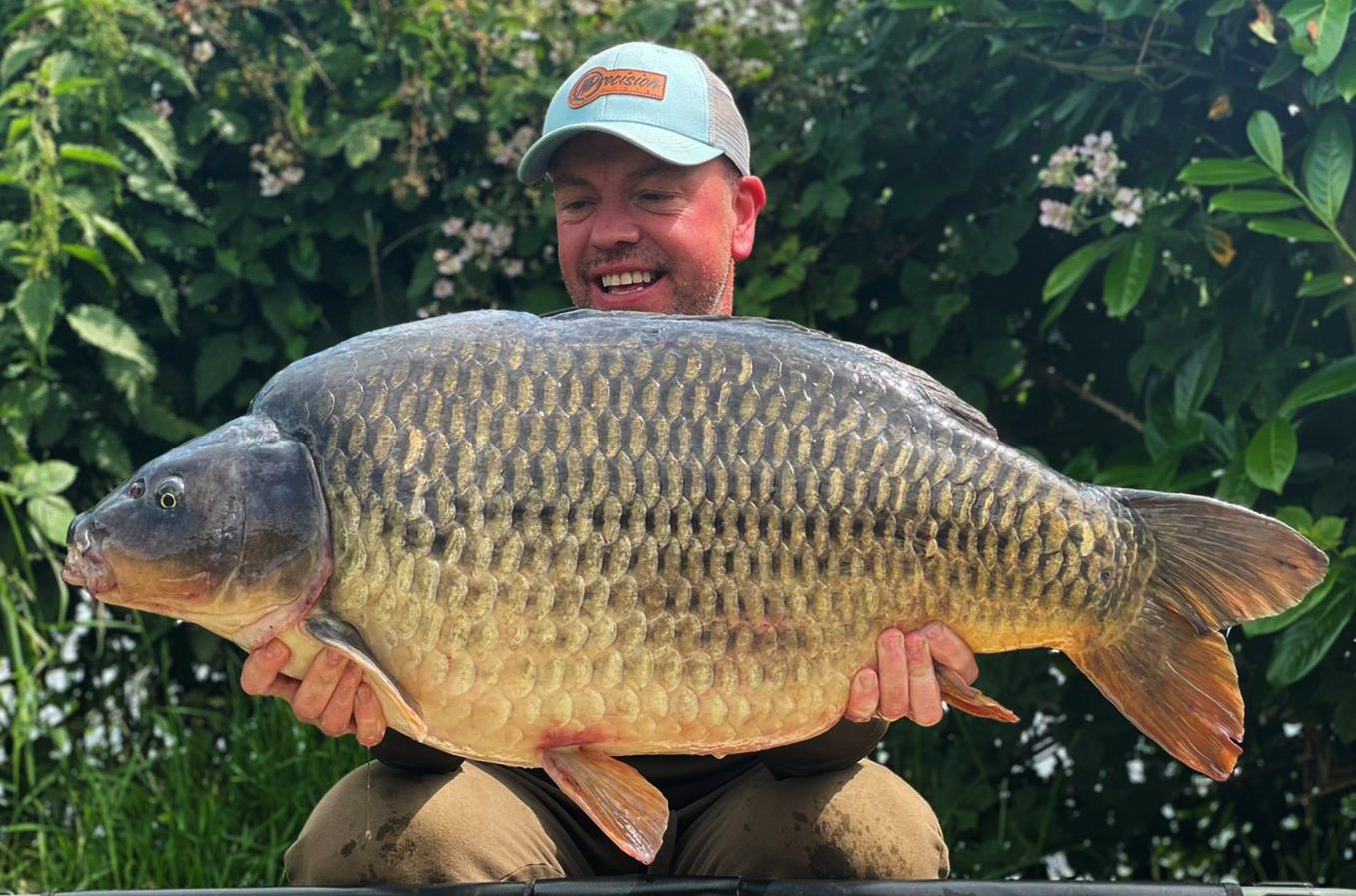 “Secret 7 is an amazing bait,” said Matthew Saunders after he broke his personal best on the Hams Hall syndicate with a fish just an ounce under 40lb!

The 43-year-old from Birmingham landed the 39lb 15oz common known as the High-Back Common in the middle of the day, after his trap of 12mm Secret 7 boilies coated in S7 Hydro Spod Syrup and dusted in Krill Meal was sprung by the coveted, hard-fighting common.

The fish tried to get Matt around the back of an island after picking up his PB wafter hookbait, immediately alerting Matt to the fact it was a big fish. Some persistent pressure managed to coax it in the opposite direction and the rest is history.

Matt added: “I’m absolutely buzzing! Secret 7 is an amazing bait, the best in the range!”