ANOTHER BACON BUG BONANZA ON GRENVILLE!

Roger Bacon enjoyed another Bug bonanza on the amazing Grenville Lake syndicate in Cambridgeshire, landing three forties to 49lb 8oz as part of a 10-fish catch.

Roger had been fishing over on RK Leisure’s Kingsmead 1, where he had a low-twenty common to show for his efforts, until he noticed the weather was due to change over at Grenville and a new strong westerly was about to start blowing. Knowing a few swims on the east bank were free over on Grenville, he packed up at Kingsmead and headed on over.

Roger opted for a sloppier baiting approach than he would normally, mixing up some Bug boilie crumb with a load of Bug Hydro Spod Syrup and Spombing bait out every two hours or so to keep fish returning to the area.

Roger would go through 40 kilos over his stay, but certainly got his reward, with the highlights including mirrors of 49lb 8oz and 46lb 2oz, a 41lb 2oz common and a 35lb linear. 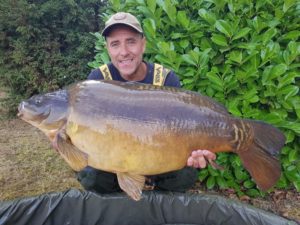 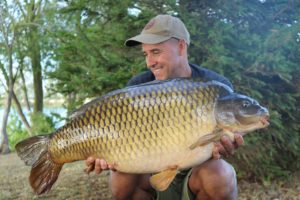 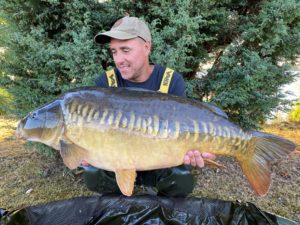