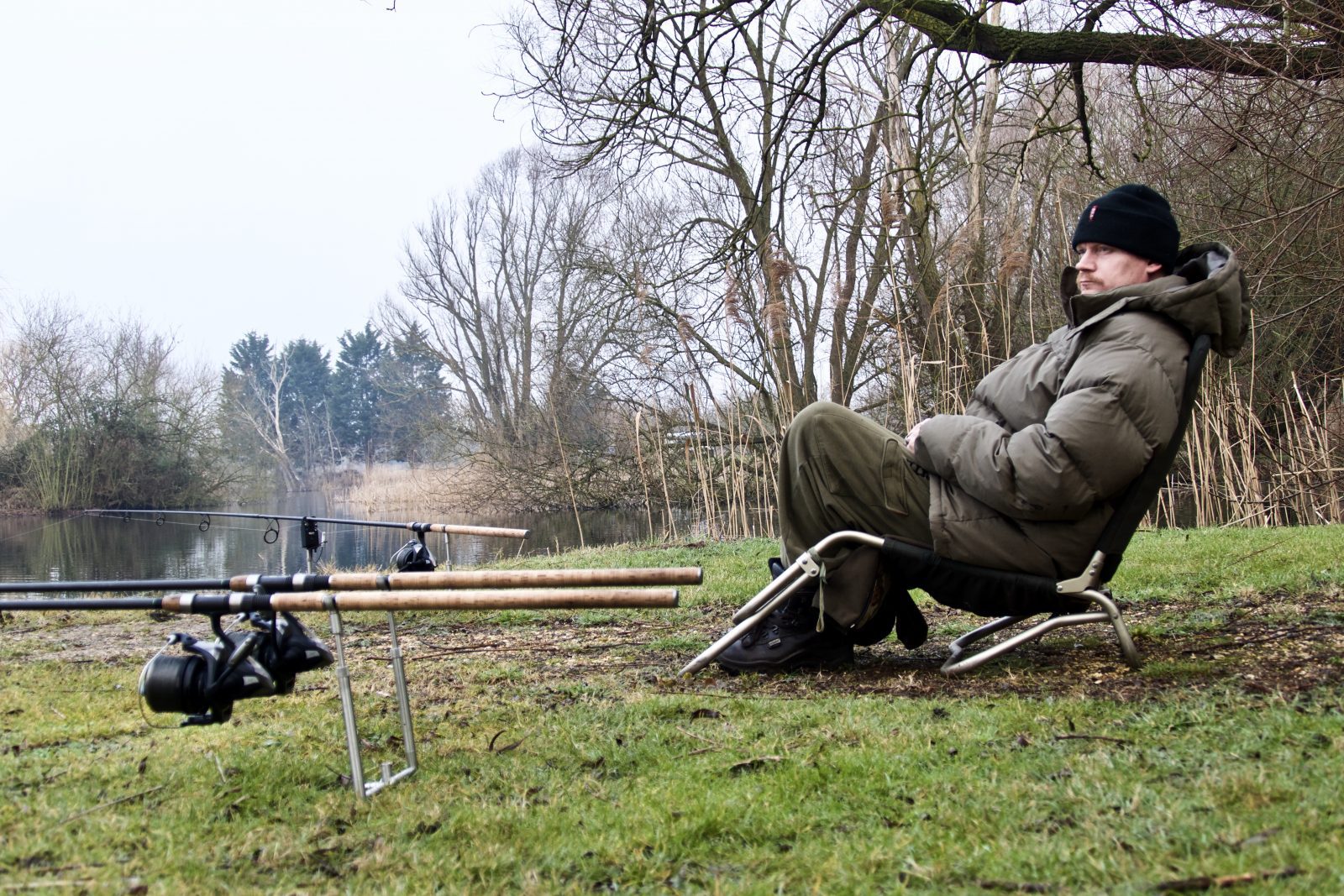 At the start of 2018, I was motivated to find a new challenge in my angling. After looking online for new waters, I came across a post from Ashmire Lake. I messaged the head bailiff, Paul Smith, and after a few messages back and forth, I was told the lake was under a new owner, Rob Hoskin.

I viewed the lake in early February and met with Rob, who told me they had stocked the lake with an extra 40 fish. So, with all the questions answered, I went for a walk around. Even in winter, Ashmire looks a stunning lake, so with that I put my name down for a ticket.

The new season was scheduled to start in April, but I was allowed to fish it before that. With that in mind I set about getting my bait ready: crushed Secret 7 boilies glugged in Secret 7 Bait Soak.

After having a chat with Rob, Paul and a couple of other lads fishing, I started to set up in a swim known as the Double. As for the lake, it was very weedy, so after a while of plumbing around a few clear spots were found. I then started to tie some appropriate rigs for the areas I had found. I opted for a multi rig baited with a pink S7 Half Tones pop-up on the far margin, a Ronnie rig next to some lilies, and blow-back rig with an S7 wafter on a hard, clear spot. Over the top I baited with about a dozen spods of crushed S7 on the two far spots and with a few handfuls over the marginal spot. 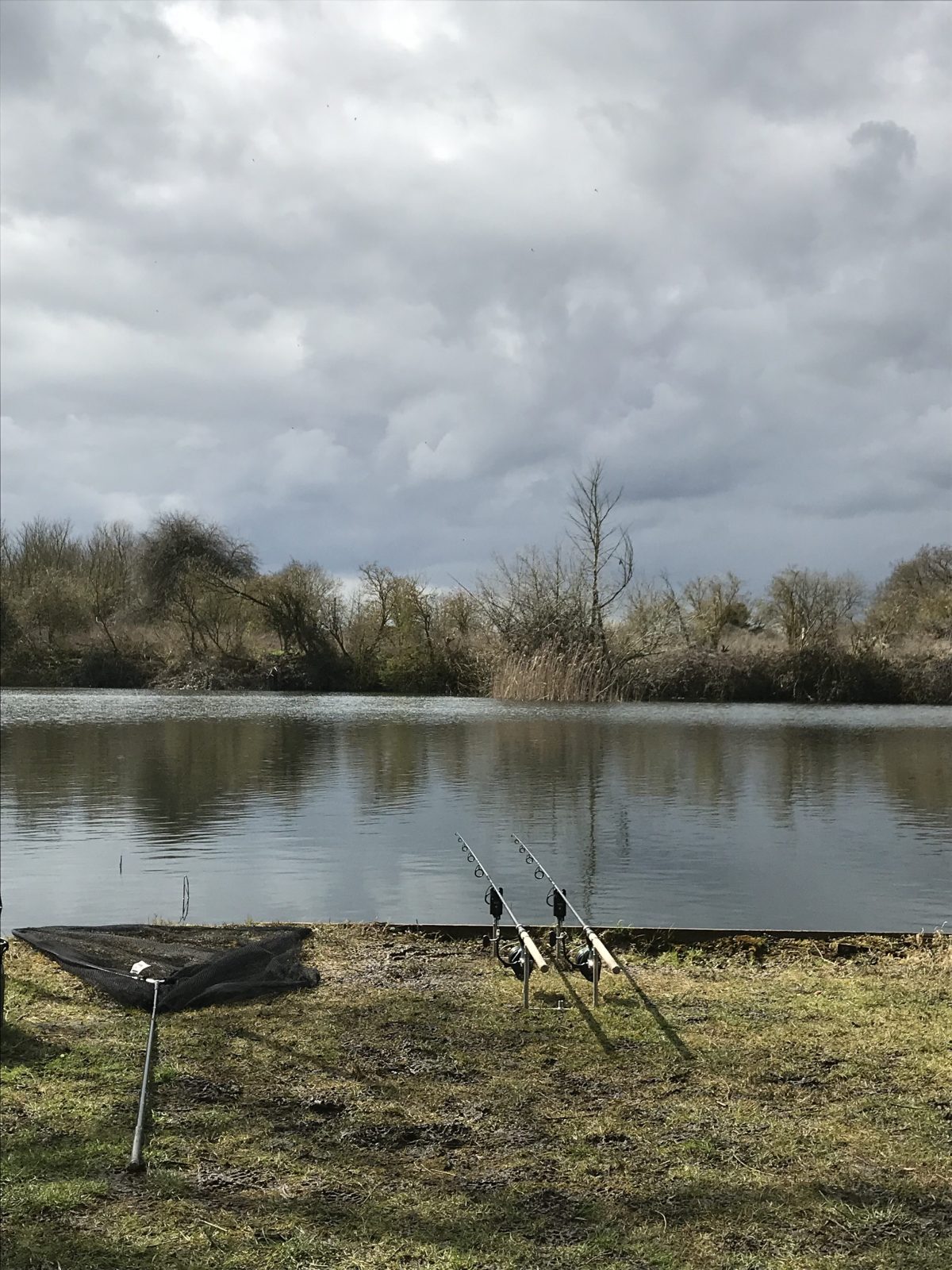 The next few hours passed by with no action, much like the subsequent night, with the only thing moving being me making a late-night cuppa. The morning came around without so much as a bleep, so sent a few texts to ask if one else on the lake had caught. I soon found out it was to be a blank night all round, but with it being February and the temperature getting barely above freezing, it was to be expected. 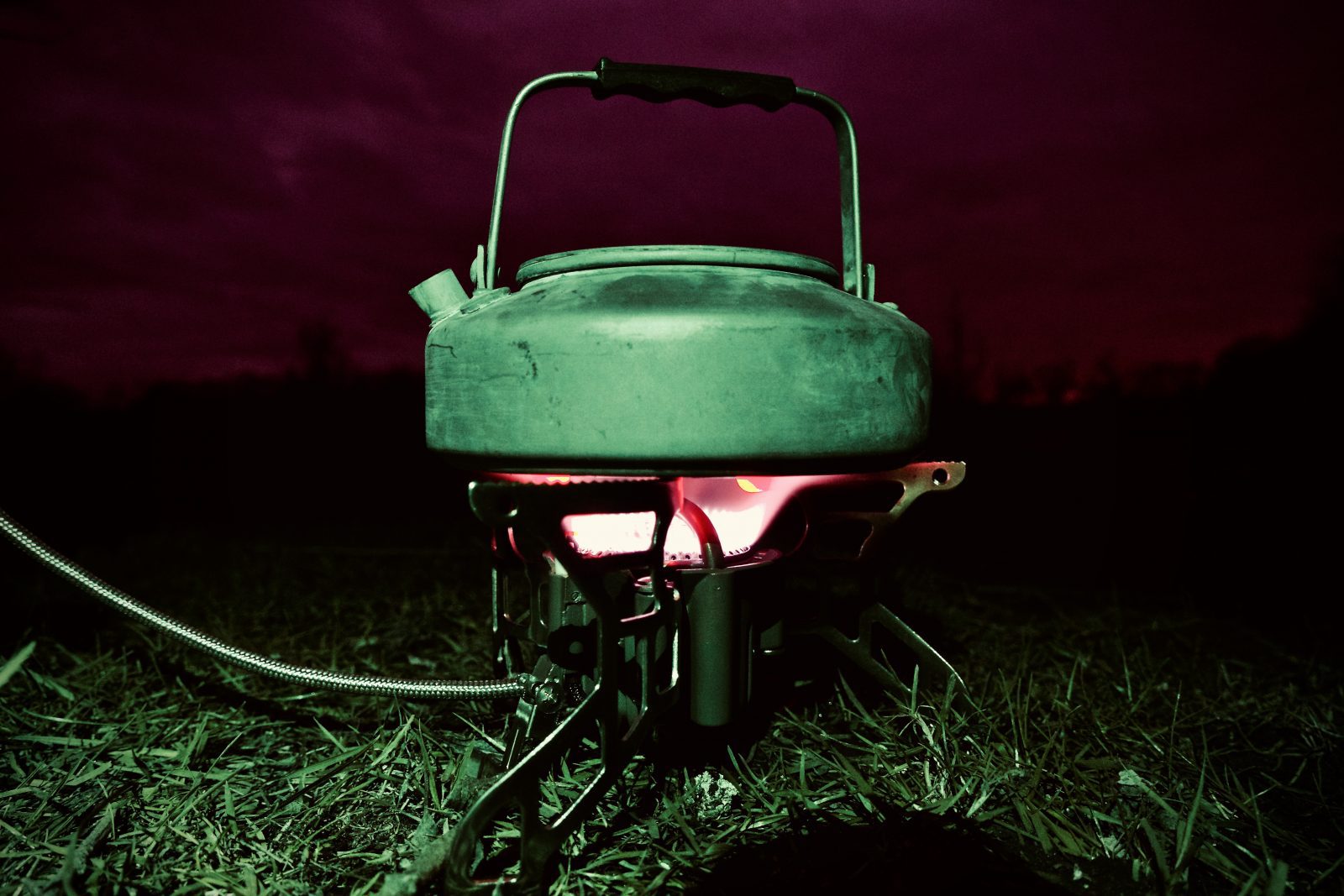 My next trip was scheduled for March, but prior to then I visited the lake to introduce a bit more bait to my chosen spots. I actually managed to squeeze in an overnight session in late February. I fished the same areas as I fished before, as I had baited the area and knew what the bottom was like, which was a mixture of hard, soft silt. Nothing happened that night, but I knew it wouldn’t be long before the lake woke up.

With a three-nighter planned for the end of March with my mate, Steve Rodgers, I started to prepare my bait once again, crushing up a load of Secret 7 boilies coated in Hydro Wheat.

I got down to Ashmire around 6am to have a look around the lake, but there was nothing showing or any signs of fish, so I decided to fish the Double again, as I had put some bait out on a few spots a few days previously. The weather was a bit moody, so first of all I set up my house and got all my kit in the dry.

Rig-wise, I went in with bottom baits and wafters on blow-back rigs, and pop-ups on multi rigs. Armed with my trusty Secret 7 boilies confidence was high and the weather was spot on, but unfortunately nothing materialised through the session, with the only highlights being bacon rolls and copious amounts of tea!

My next trip to Ashmire was the May Bank Holiday weekend. I started my bait prep two days before, only this time I was armed with both the Switch and S7. I crumbed up a load of boilies and coated the whole lot in Switch Hydro Spod Syrup.

Arriving at the lake on the Thursday, I got set up in the Gate Double swim, as the Double swim I fished before was flooded. I had a marker around and found a big silty area about 80 yards out that would accommodate two rods, along with a gravel area about 40 yards out by an island.

It was on the Saturday when I had my first bite, which turned out to be a cracking 17lb 8oz common, which was swiftly followed by a low-double mirror. Thing were looking up! 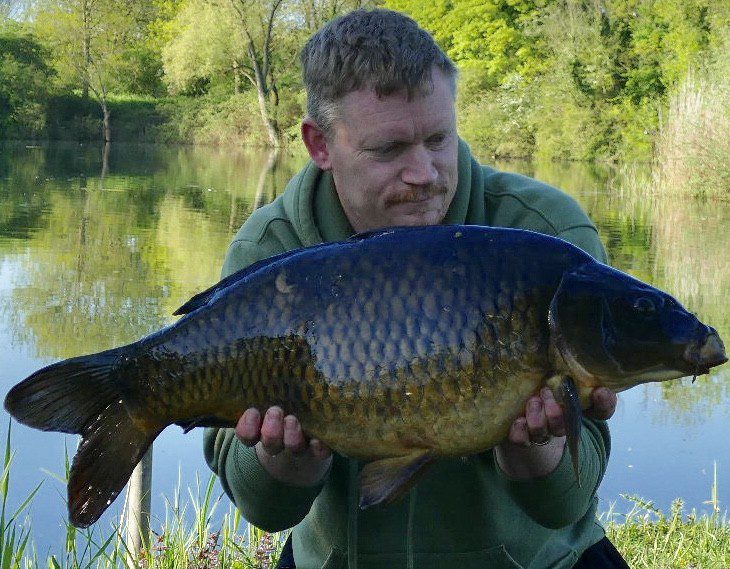 I was off the mark with this 17lb 8oz common 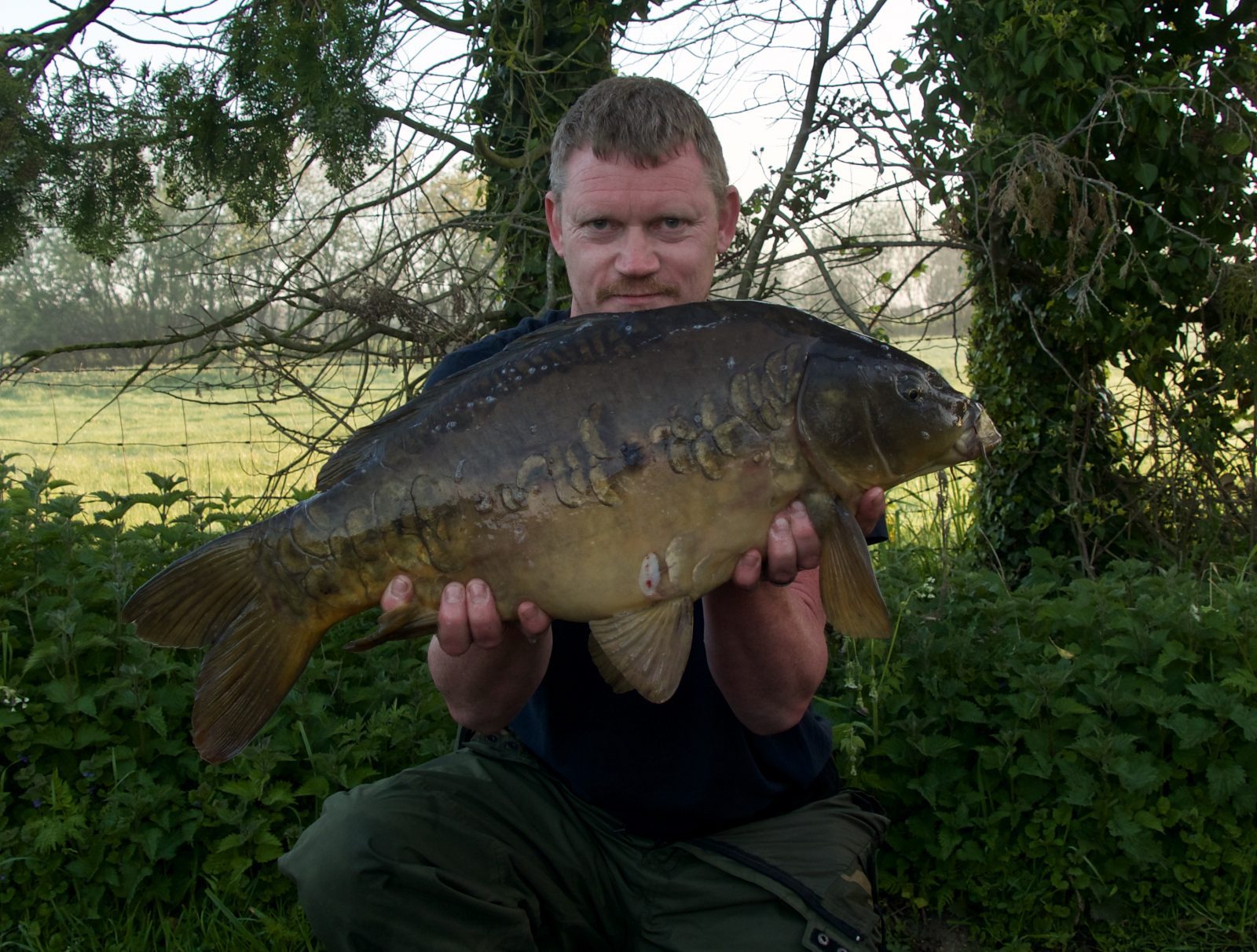 A low-double mirror followed swiftly after

Later that evening, my right-hand rod absolutely ripped off and I began battle with what felt like a much bigger fish. Under the cover of darkness, over the net cord slipped a 36lb 8oz mirror, which was not only a new personal best for me but also an Ashmire lake record.

I believe I was rewarded for all the prebaiting I had done during the winter and spring, and this the prize for my efforts. 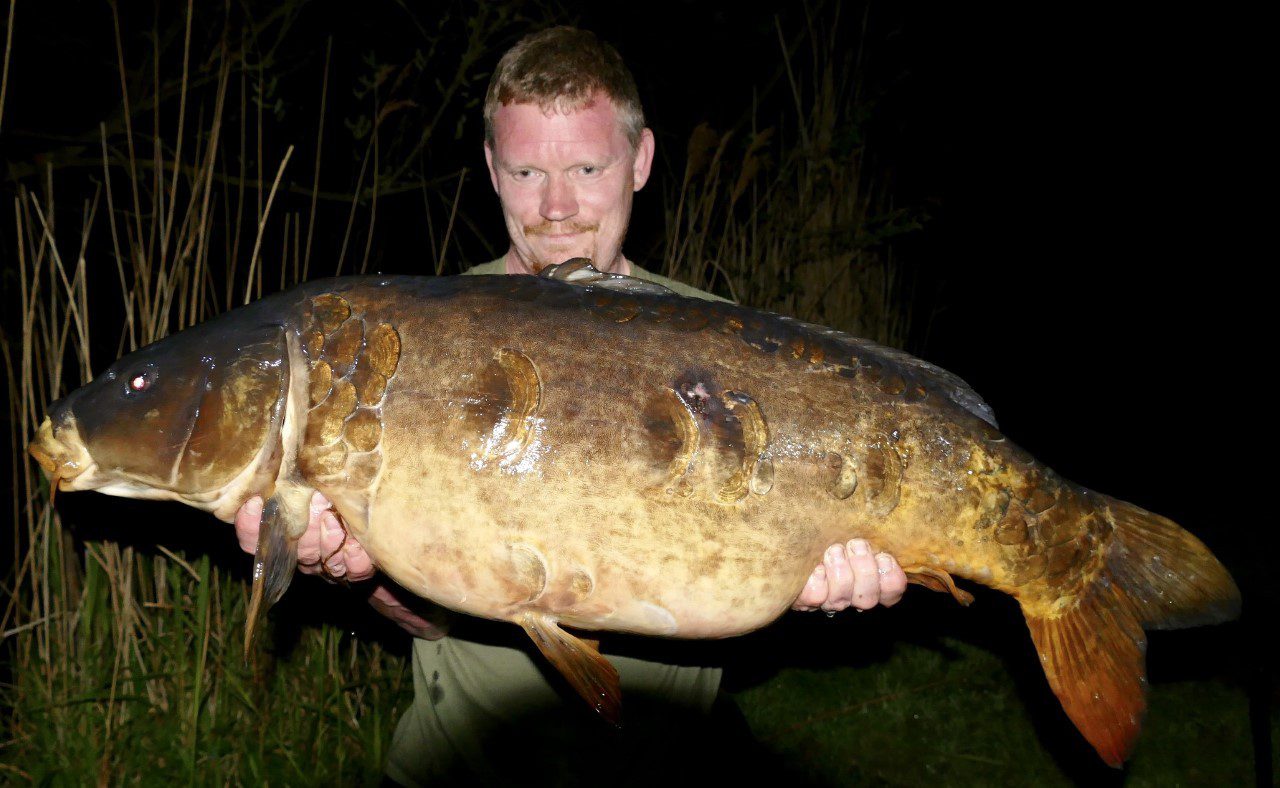 A new personal best for me and an Ashmire lake record – I was delighted!