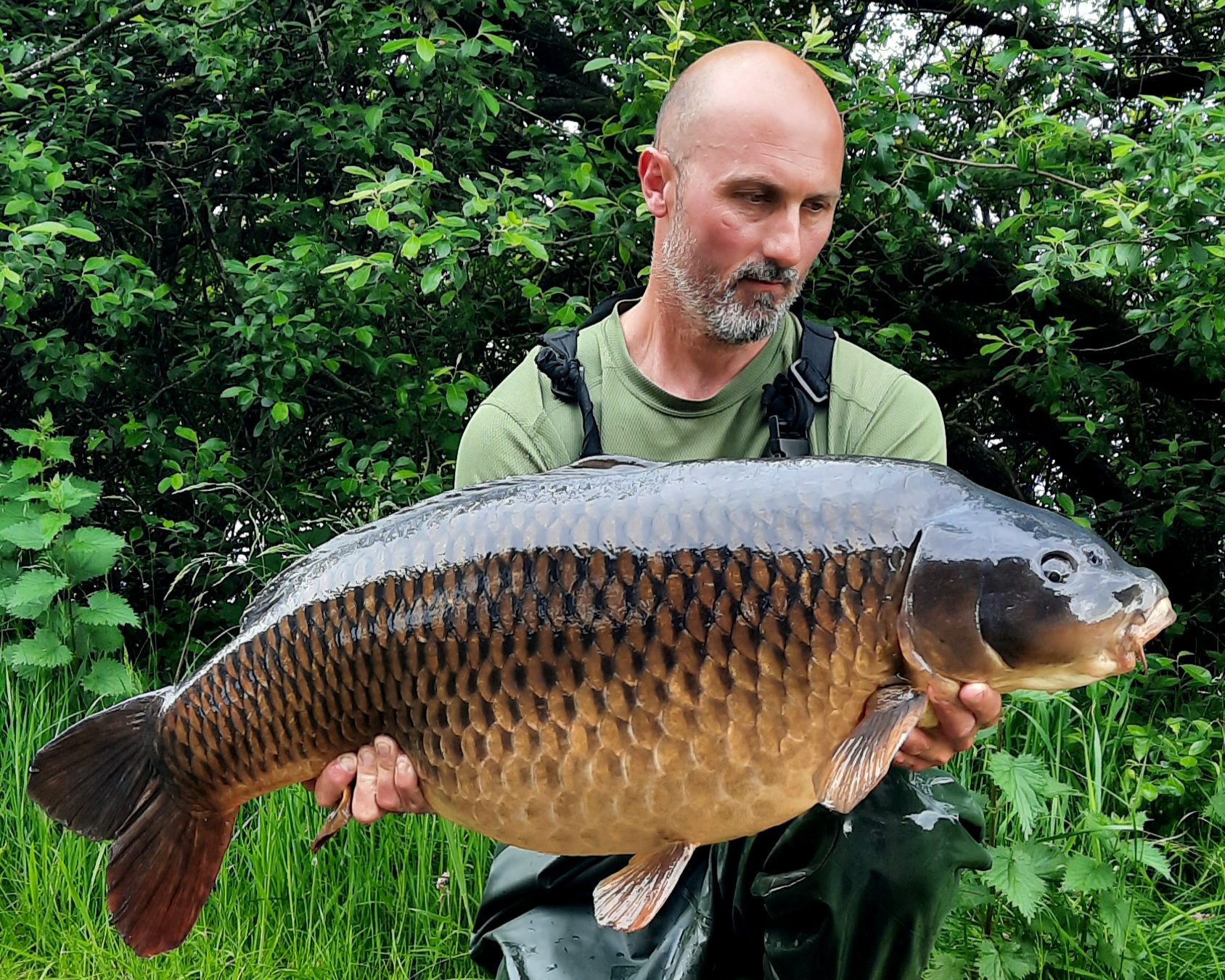 Damien Linney has had a couple of fantastic results on Clear Water Fishery’s Keer syndicate of late, landing two of the most-sought-after fish in the lake – both over 40lb!

Damien, who is in his second and final year on the syndicate, kicked off this purple patch with the capture of the Original Common at 44lb 8oz, coming just a couple of hours after moving pegs on to showing fish at dawn. The fish was landed after an eventful boat battle that saw the fish pick up a few trailing lines and weedbeds!

Then on a day session just last week, Damien was to add another hugely coveted common to his photo album, the Blackeye Common at 41lb 8oz, which he backed up with two 20lb-plus mirrors.

For each of his captures, Damien put his faith in Secret 7, fishing pop-ups on hinged stiff rigs over a good helping of mixed-sized S7 freebies. 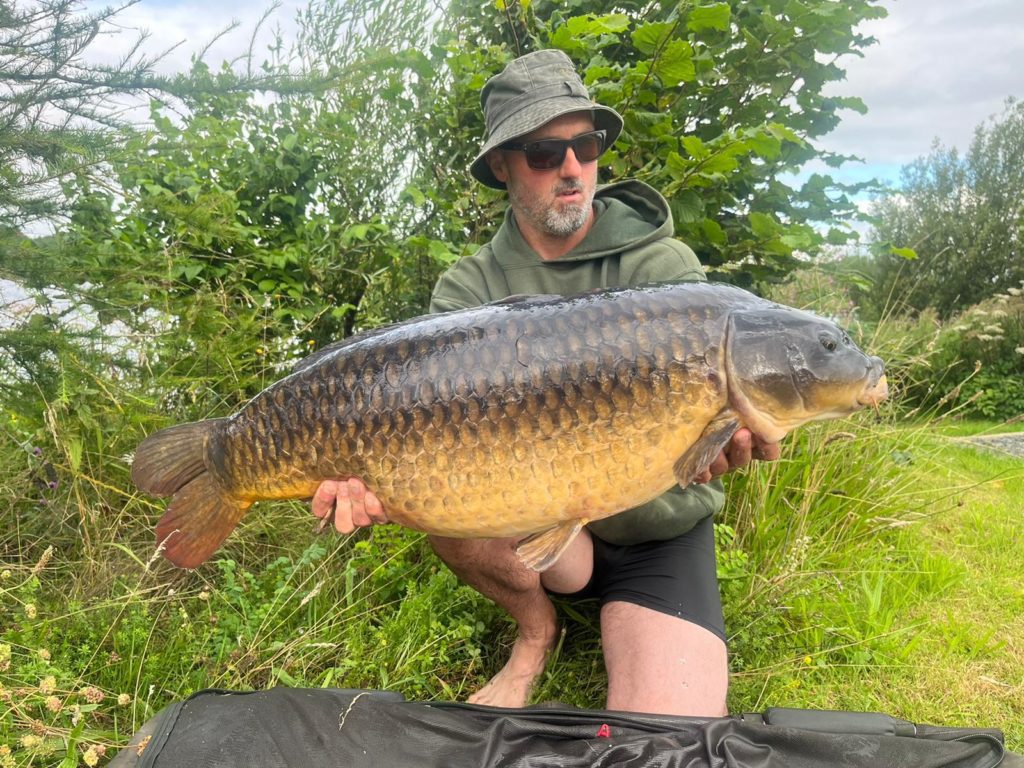 The Blackeye Common at 41lb 8oz