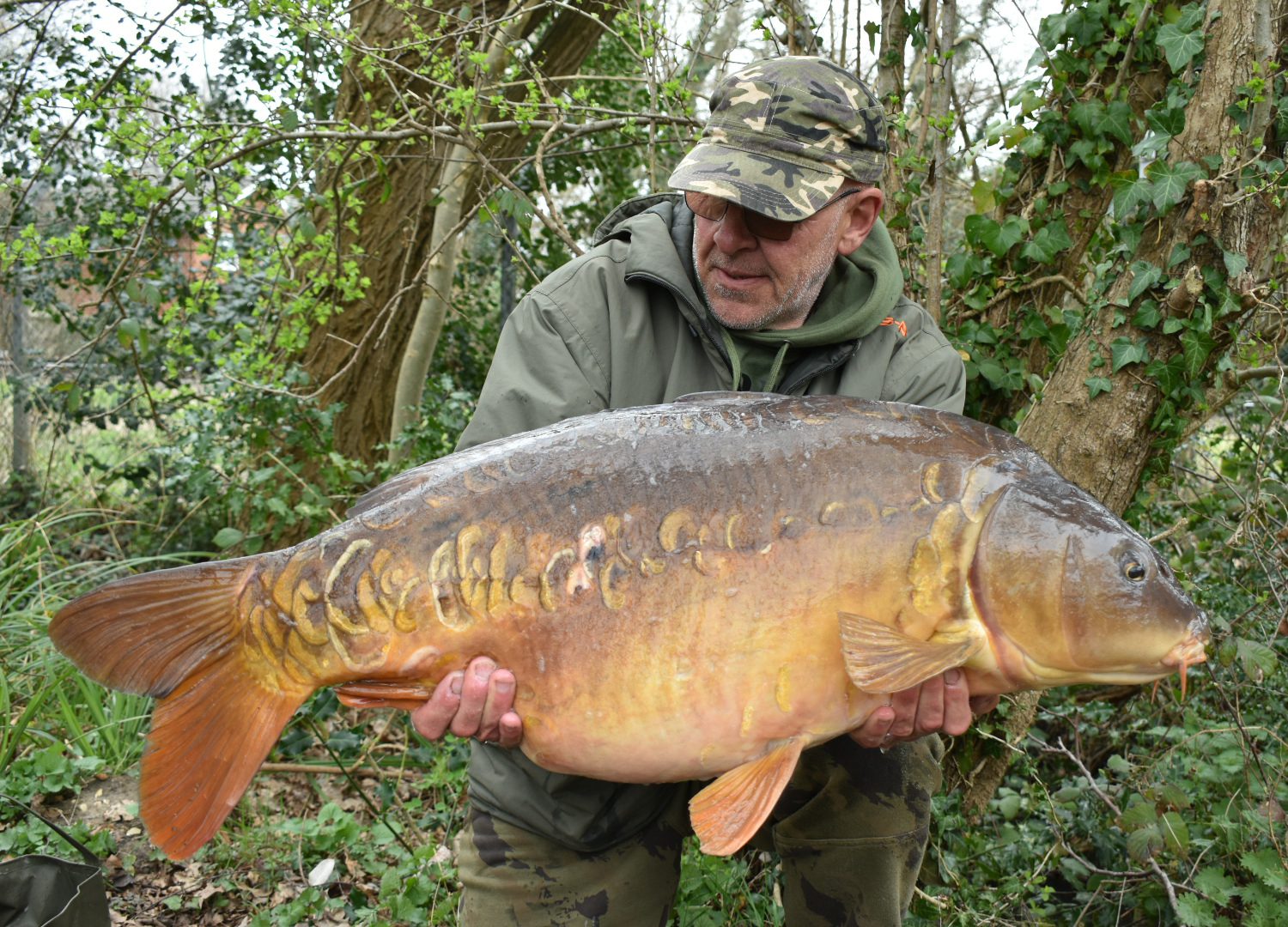 Not long after we’d received a report from John Foster about the capture of one of his target mirrors from Frimley Pit 3 on his first time using DNA, we received another – and this fish was even bigger!

Fishing to the same area of silt from where he landed a 41lb 1oz mirror, the 56-year-old was rewarded the next morning with another of the lake’s big mirrors, a stunning fish of 43lb 6oz.

The same combination of a Milky Malt pop-up on a soft hinged rig fished amongst around 30 SLK freebies was enough to tempt John’s second forty of the session! 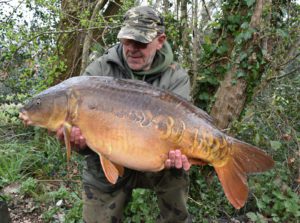