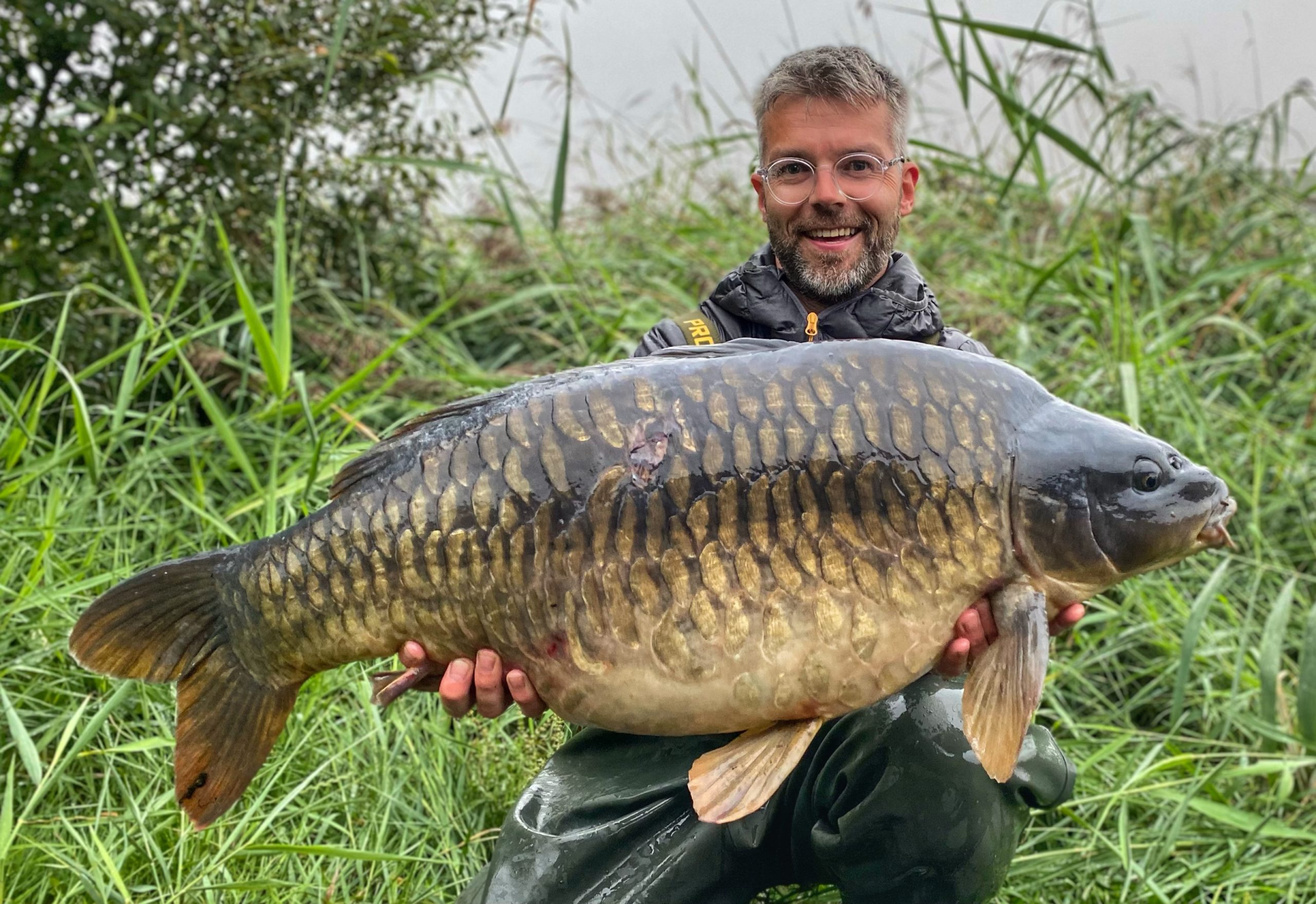 The 40-year-old from York, who had topped a 12-fish catch with a PB 32lb 2oz mirror at the start of August, decided to return for another 48-hour session and his good fortune continued, with a further eight fish coming his way, the pick of the bunch being the fully scaled Belle’s Fish at a PB-busting 35lb 8oz!

Kane takes up the story: “When I arrived at the lake, there were a number of swims to choose from. With no signs of fish anywhere on the lake, I drifted into the same area where I’d caught my last PB only a week or so ago. However, for some reason, the swim I dropped into didn’t feel right. So a quick pack up ensued before I headed over to the other side of the lake, where it instantly felt better.

“My rods hadn’t been in the water more than three-quarters of an hour before the middle rod busted off, producing a dark 23lb 4oz mirror on a Milky Malt wafter. I’d only just received my latest DNA order a couple days earlier in time for the session and this was my first time using Milky Malts, as I have uber confidence in SLK and The Bug.

“No more than an hour had passed before I was netting a 28lb 6oz common, which fell to a glugged 18mm SLK Corker wafter. Let’s be very clear here, it was so hot by this point – I felt like I was melting – so after a couple of quick self-takes, the fish was slipped back.

“I had to wait until 5.15pm for my next fish, a 23-pounder, before adding a scraper twenty at one o’clock in the morning, again on an SLK wafter.

“As dawn began to break, fish were boshing all over me, but nothing happened all day until 4pm. I had just seen a few fish breach the surface, so dropped in a single Milky Malt wafter on the spot. Just as the rain started to set in, the right-hand rod was away, with the fish kiting left, right and all over the place. Unfortunately, it wiped out a neighbour’s rod in the process, but thankfully the gentleman released his bail arm so I could safely land the fish.

“Just as the sun was rising, I was in again on the left-hand rod, this time a mid-double and another on the Milky Malts. The icing on the cake arrived shortly after, on the same rod and the same Milky Malt wafters. I was loving the Milky Malts by now and was loving them even more when the needle on the scales spun around to 35lb 8oz, a stunning fish known as Belle’s Fish and my second personal best in as many sessions. Lovely stuff!”

Kane fished his Milky Malts and SLK wafters on stiff combi rigs, presented over a mixture of 18mm Bug boilies and house pellets, all smothered in Bug Hydro Spod Syrup. 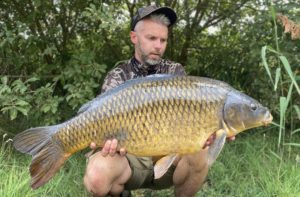 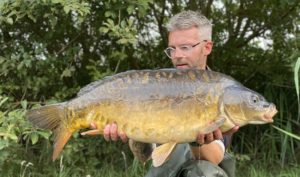 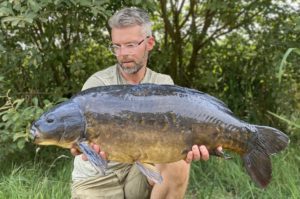 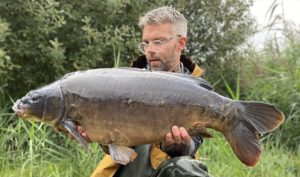