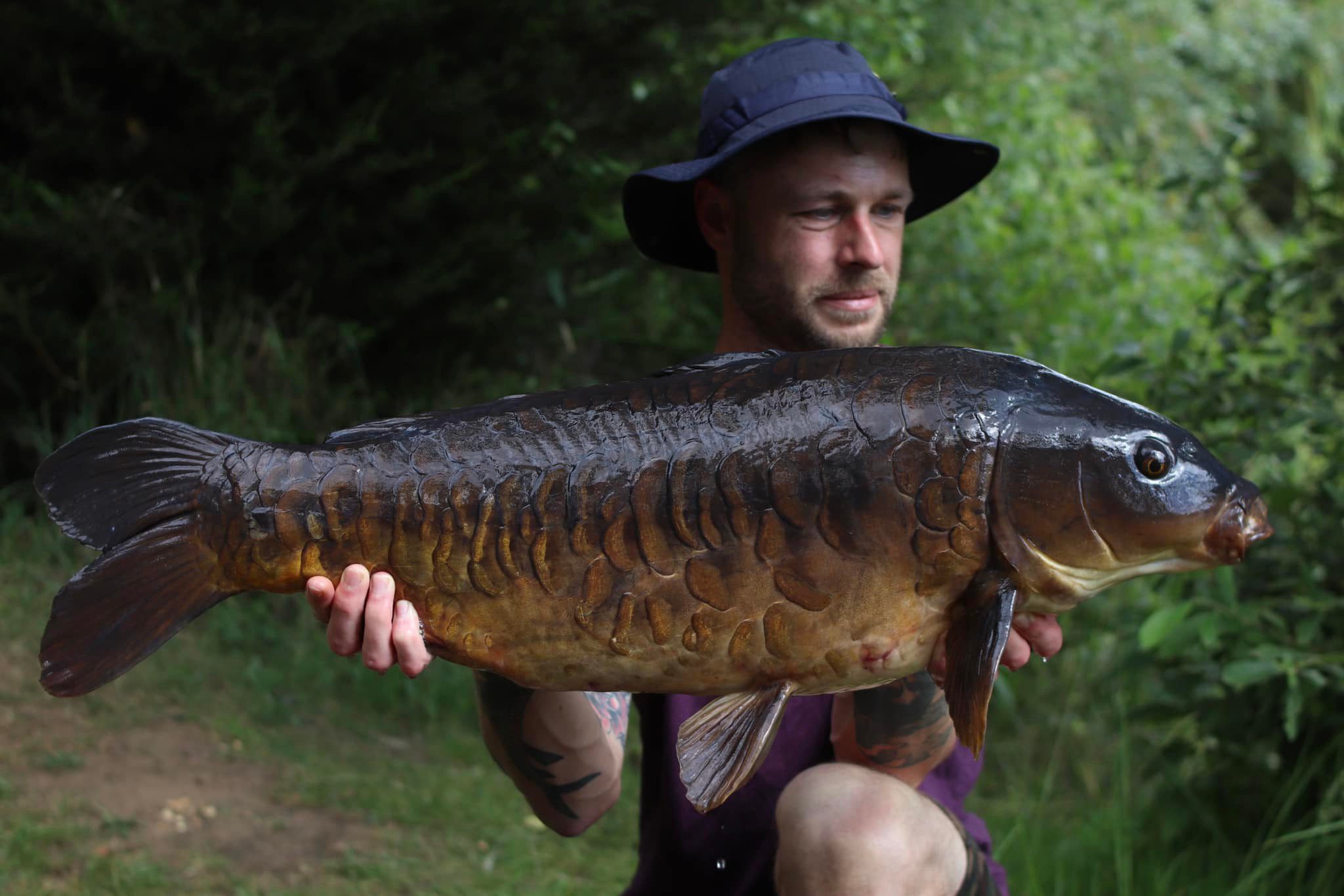 It almost feels like Tony Payne is showing off at the moment, seemingly landing banger after banger from his syndicate water!

“After catching the old scaly one from the lake last week, I was thinking to myself how awesome it would be to catch the other fish in the water that looks quite like it,” said Tony. “Well, it only went and popped up in my net the next morning!”

The fish was one of four that came his way on this particular session, coming from a different spot to the one Tony had been concentrating on previously.

Secret 7 Hard Hookers once again accounted for his fish, presented amongst a few handfuls of matching Secret 7 freebies per bite.