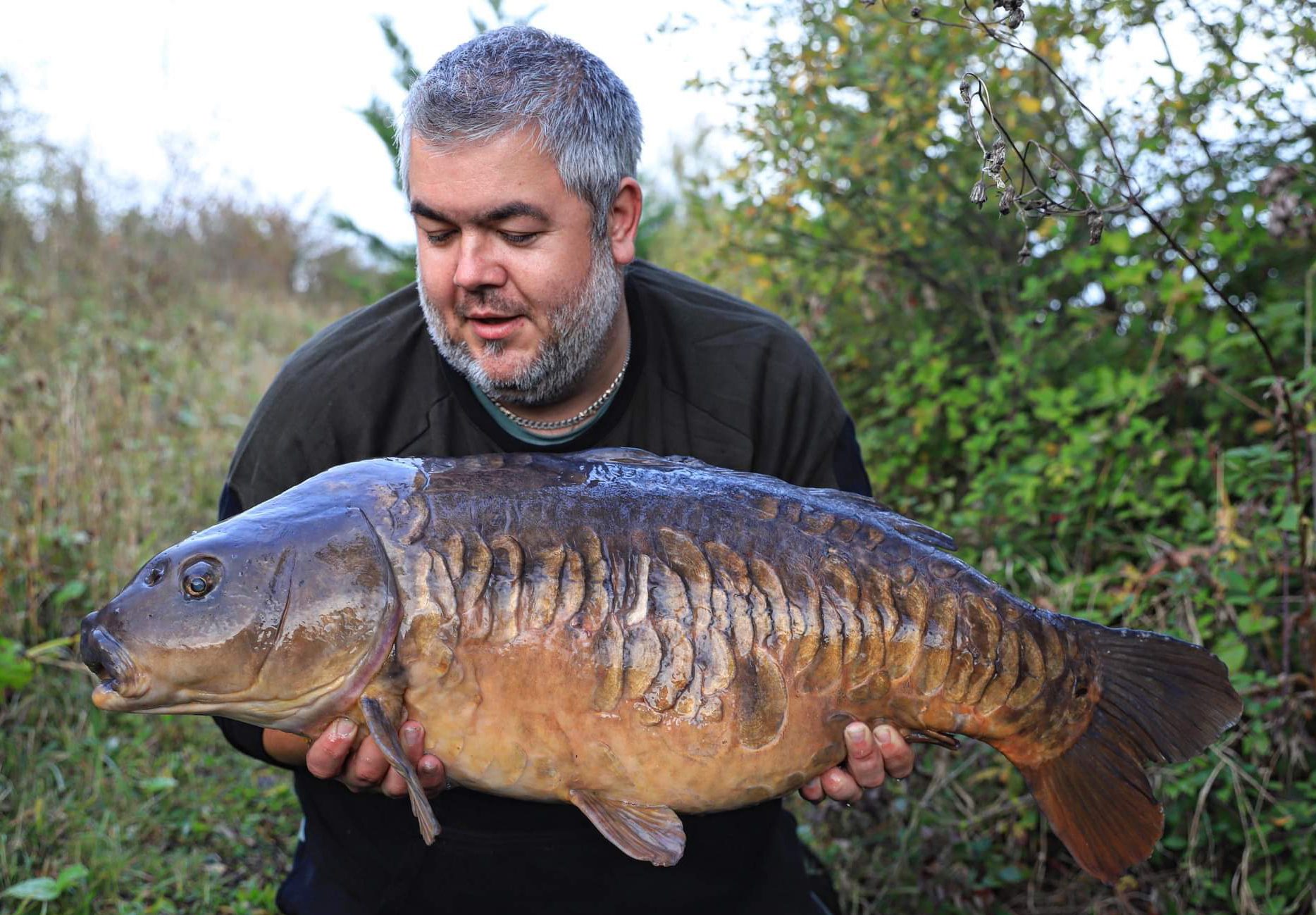 Daniel Johnston is an angler brimming with confidence at the moment, having followed up his recent lake records with the capture of his Cambridgeshire syndicate’s hugely coveted Big Fully at 31lb 2oz.

“After the great success of the week’s trip earlier in the month, I was still full of confidence and, with mild weather forecast, I was certain there was a bite to be had,” said Daniel.

“When I arrived at the lake there was another angler at the far end. After a quick chat, I chose to head to the other end to give him plenty of space. The rods were then dispatched to known clear spots in front of the reeds on the far side. Full of confidence, I settled in for a night full of anticipation. However, the clouds parted and the temperature dropped…

“A few beeps throughout the night was the sum total of the action and I was very disappointed. The clouds rolled in before first light and I could hear fish rolling further to the right of me. A massive liner on the middle rod had me hovering over it, only for the bobbin to settle back down. Within an hour, the tip cranked round to the right and the fish started charging down the reed line. A long, drawn-out fight finally resulted in a mega mirror in the net. My prize was the Big Fully at 31lb 2oz. After a little wobble, it is back on the way up and looking the picture of health. A real jewel of the lake!”

Daniel caught the fish on a Secret 7 Corker wafter on a slip-D rig, fished amongst a mixture of crumbed-up S7 boilies, pellets and hemp.