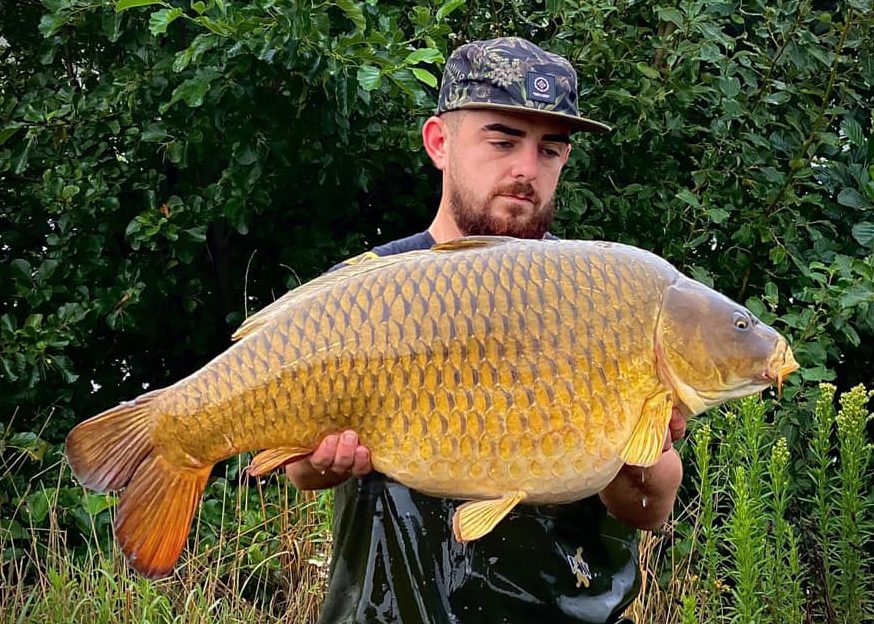 Forty-eight hours of repositioning rods after being picked up by birdlife almost broke Jack Rose during a recent trip to Embryo’s Broom Big Lake – but it’s a good job he didn’t give up!

After deciding to switch over from his beloved PBs to Secret 7 Corker pop-ups in the hope the birds wouldn’t be able to spot them as easily, Jack eventually received a take, but disaster struck when the fish became locked up in weed. Even a trip out in the boat couldn’t resolve the situation, resulting in an opened-out hook and a lost fish.

Down but not out, Jack got the rod back out and tried to find some solace in the confines of his bivvy.

At six o’clock the following morning, Jack was alerted by a take on the same rod! A hairy battle ensued, as the fish took him through a weedbed and the down the channel of an island. Eventually, whilst standing chest-deep in water, Jack eventually slipped the net under what turned out to be a new personal best, a beautiful-looking common known as the Marlin at 33lb 8oz.