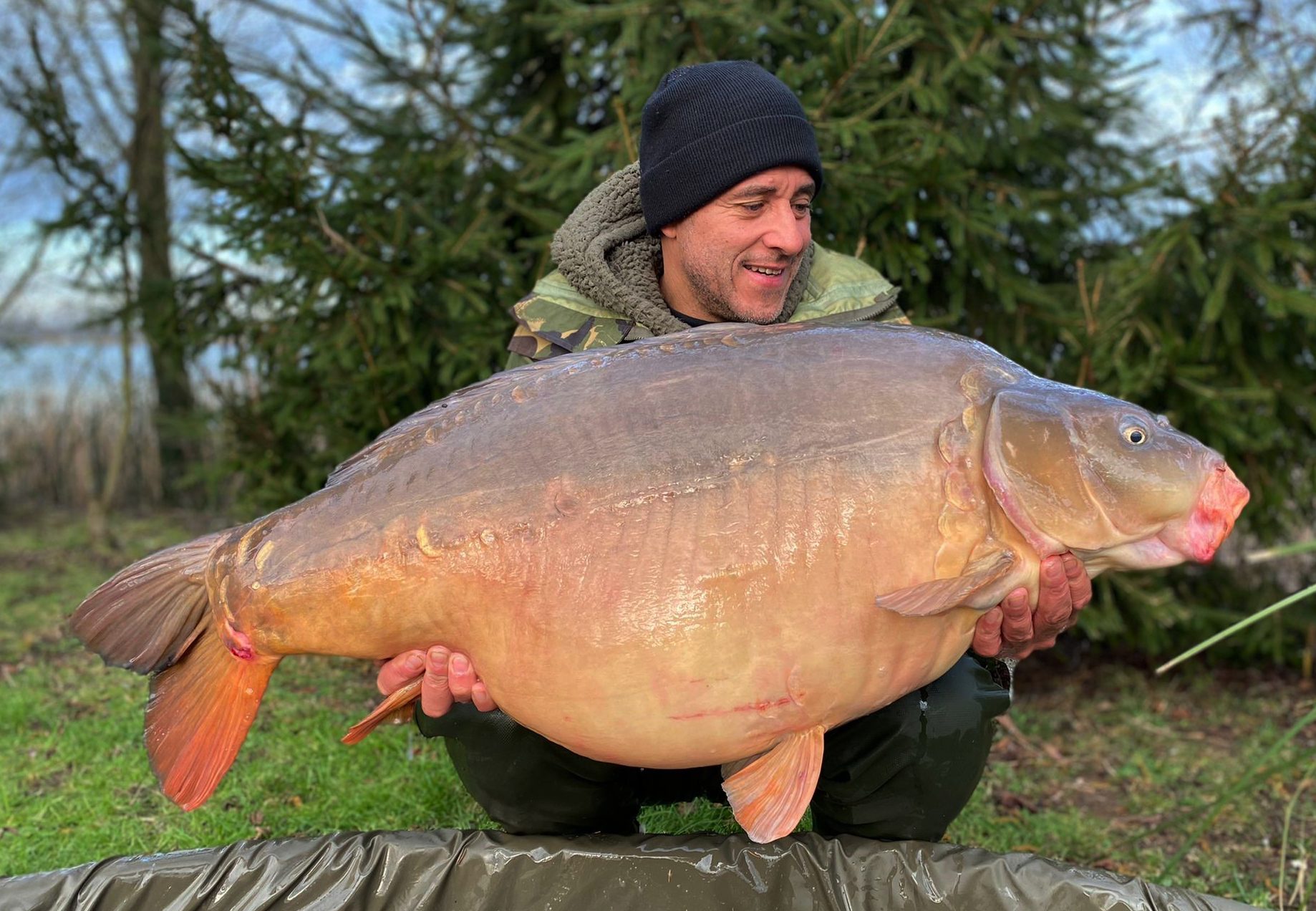 The big girls have well and truly woken up over at Grenvilles, with two 50-pounders, including his second biggest fish ever, and three forties coming Roger Bacon’s way during his latest bumper session on the Cambridgeshire super lake.

“The week before it had done a few of the smaller fish, which indicated to me the lake was starting to wake up, so I decided to get on and give it a go,” Roger told us.

“I got into a swim on the back of the wind, thinking the fish would still be in the centre part of the lake, and let them have it, introducing 10kg of 8mm and 15mm whole Bug boilies, as well as 5kg of Bug crumb, all heavily soaked in matching Bug Liquid Food.

“It took until the next afternoon before I had the first bite, which came from a smaller fish, but that was followed by one of the lake’s largest commons at 41lb 8oz. 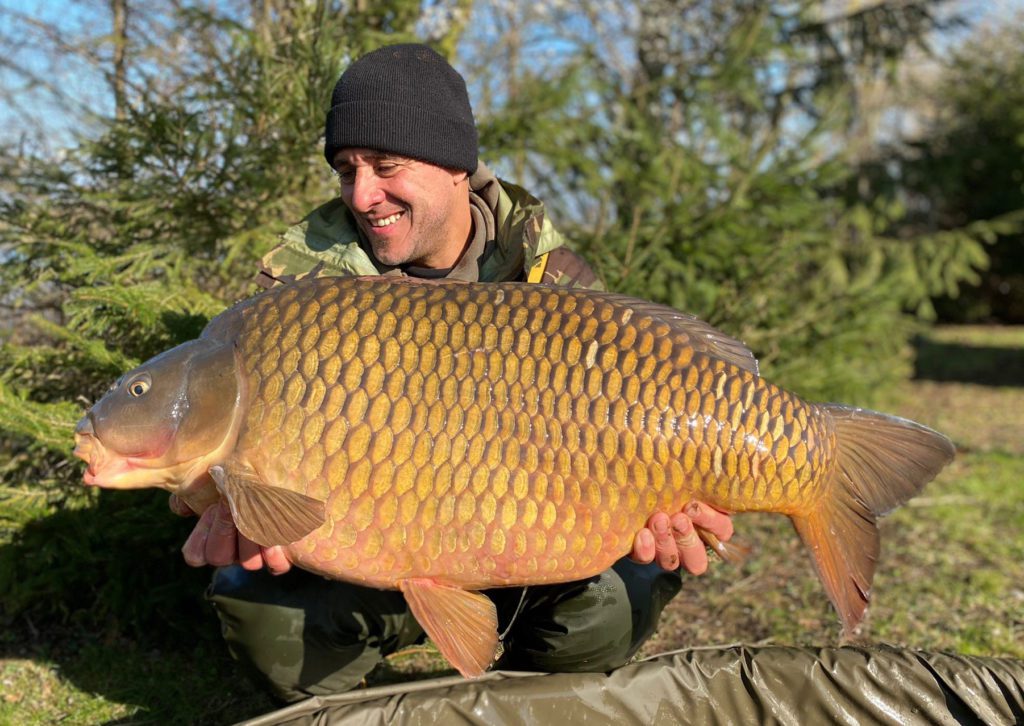 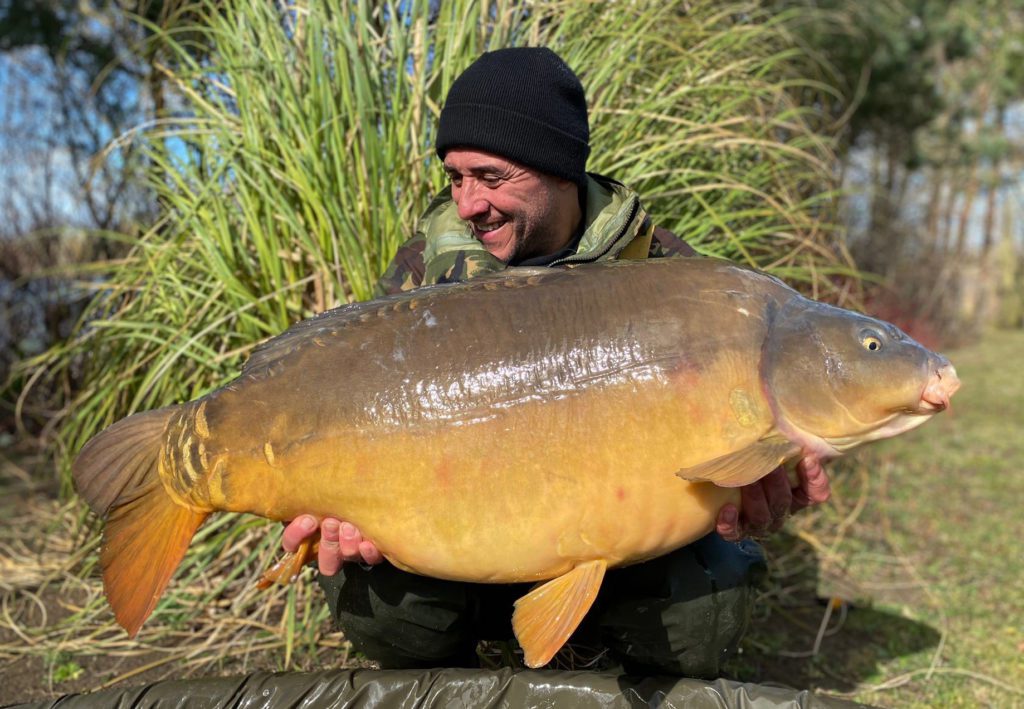 “I rebaited the spot each evening with a load of Bug crumb covered in matching liquid, which produced two or three fish around the same day each afternoon, including my second biggest fish ever at 57lb 2oz and another unit at 54lb 2oz.

“I got through 40kg of Bug boilies over the course of the session, along with three litres of Bug Spod Syrup and Liquid Food, with Pink Peril pop-ups heavily boosted in matching Intense Booster getting all the bites.” 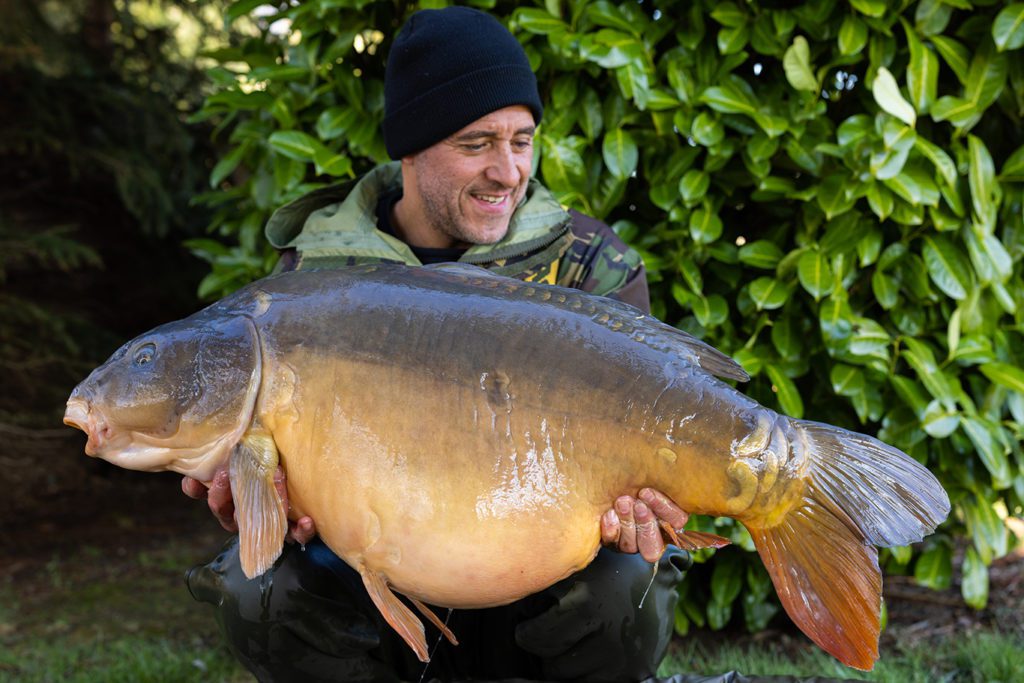 The smallest of two fifties at 54lb 2oz