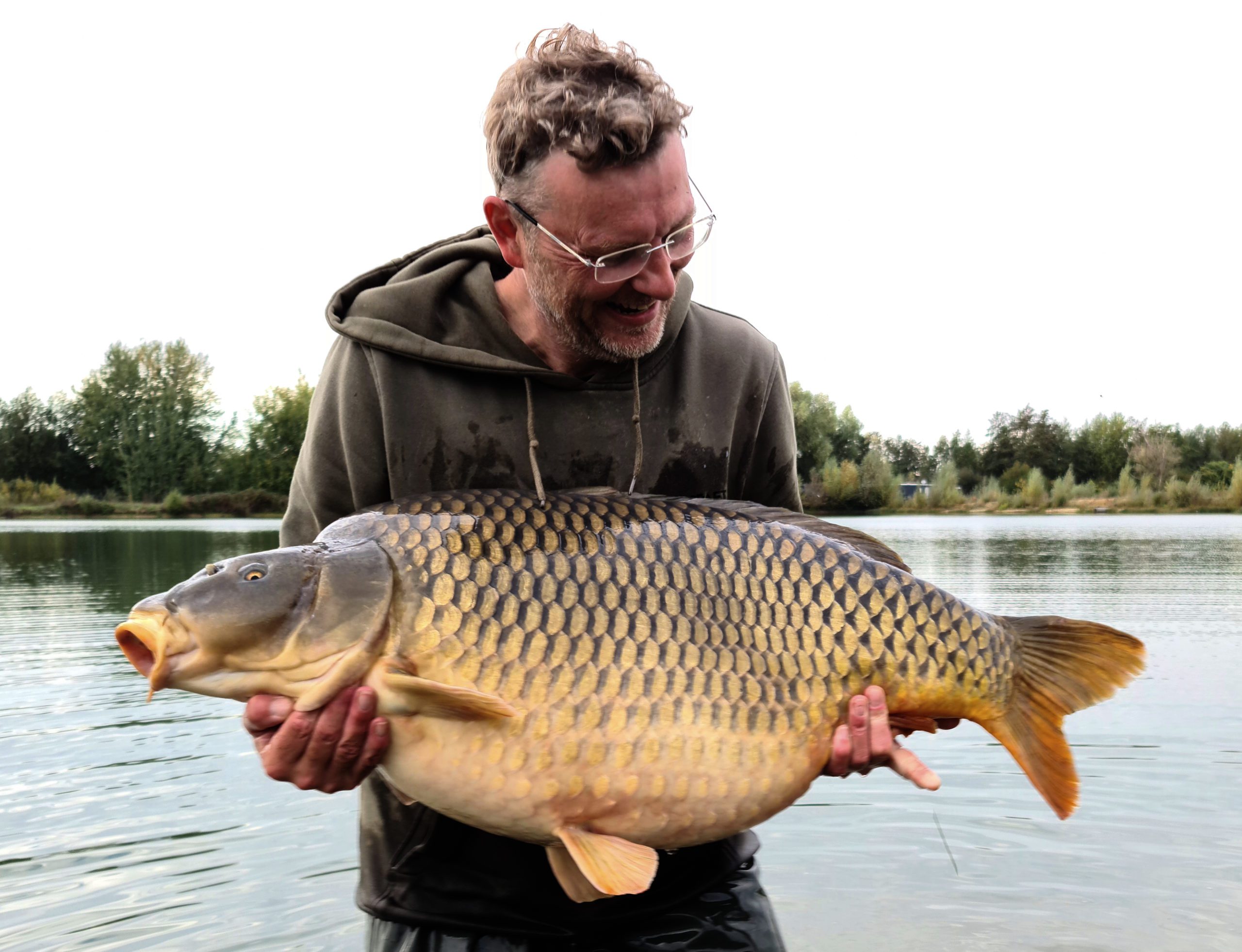 BIGGEST FISH IN THE LAKE ON FINAL DAY

A trip over to the Bays Lakes complex in France saw Phil Lane land the largest fish in Lake 2 on the final day!

After blanking throughout the majority of the week, the 44-year-old decided to reposition his rods to a spot he had baited on the first night, a slightly deeper area 115 yards out. Incredibly, Phil went on to bag 10 carp in the final 24 hours, nine of which weighed between 20lb and 40lb, and the highlight of the session, a 58lb 4oz common, said to be the biggest fish in the water.

Phil had baited the spot with a mixture of Secret 7, SLK and Switch boilies, and then tempted the fish on rigs baited with half a Switch wafter tipped with half a pink Switch Half Tones wafter.