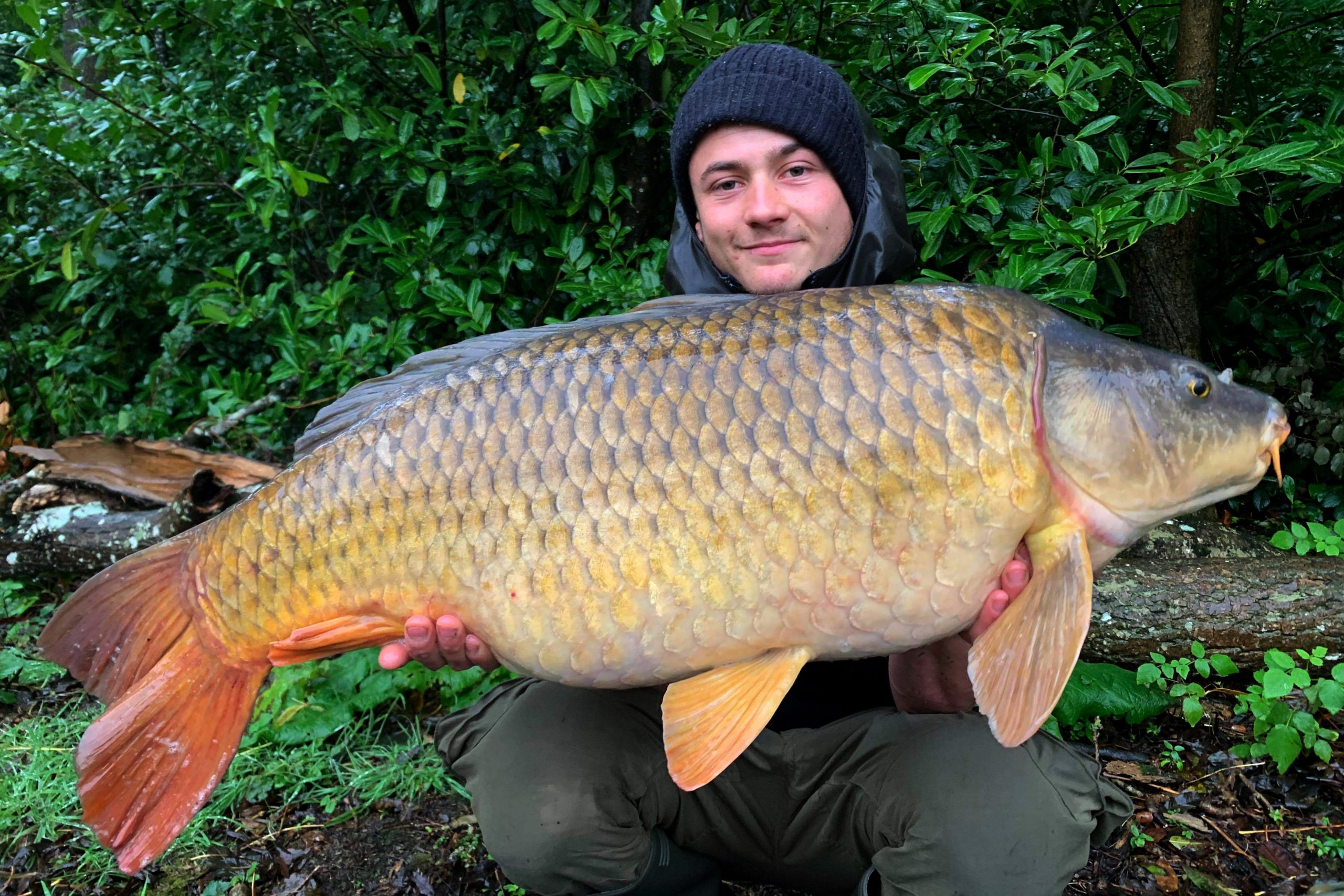 Biggest fish in the lake on The Switch!

Jordan Hobbs took his good run of results on Farriers to a Somerset syndicate and managed to get his hands on the biggest fish in the lake!

Jordan, whose successes on Farriers included a new PB in the form of Chilly’s Fish at 48lb 5oz, landed three fish during this particular outing in Somerset, capped off by the lake’s most-coveted resident, a common weighing in at 34lb 8oz.

The fish fell to a white Switch Half Tones pop-up on a spinner rig, which Jordan fished amongst a spread of 12mm Switch freebies.

To give his hookbait a little edge, he coated it in Switch Intense Booster, which is a great little tip for going into winter.