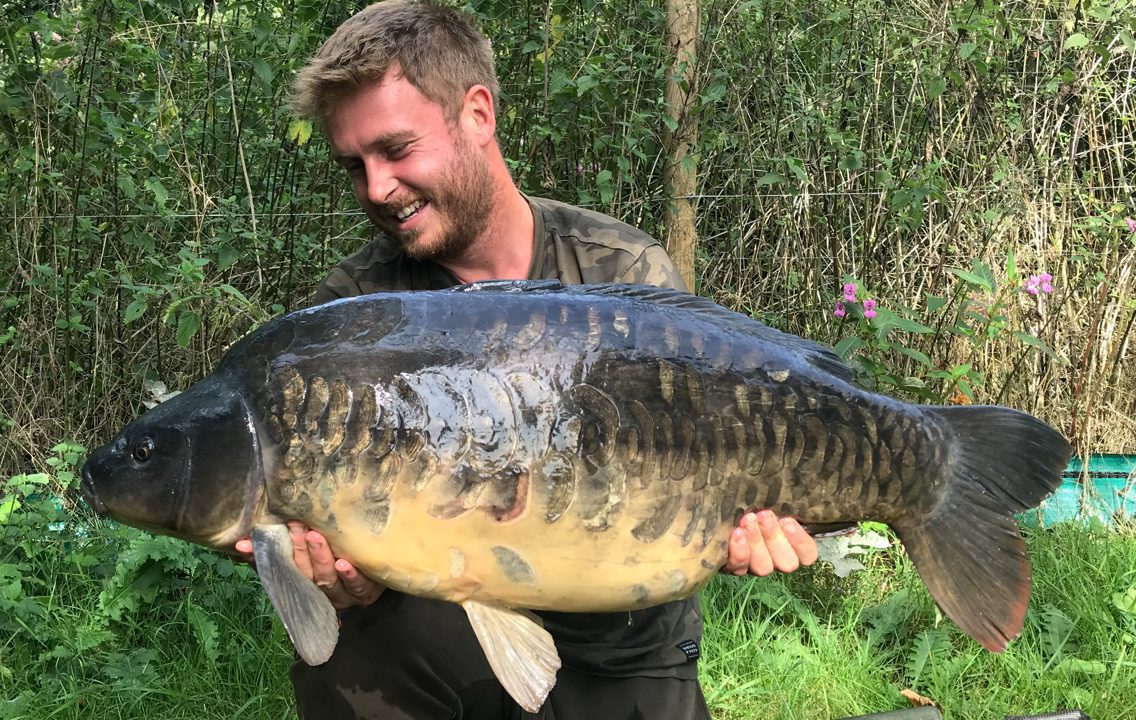 BIGGEST IN LAKE AFTER CHANGE OF PLANS!

Josh Cunnett had a fortuitous change of plans for thank for catching his syndicate’s largest resident, a capture that wouldn’t have happened had he gone fishing on the day he had planned!

After staying late at work on the Friday, Josh opted to go fishing the following day instead, and after resting his swim on the final morning of his stay, he would go on to tempt the lake’s largest resident, a cracking heavily scaled mirror at 37lb on the money.

Josh said: “I should have been down the syndicate on Friday evening after work, but stayed over to finish a slabbing job and didn’t fancy rushing around to get my spots sorted, so opted to go on Saturday and was so glad I did, because I wouldn’t have been there to catch it if I hadn’t!

“I got to the lake at around 12.30-1 on the Saturday afternoon. As I was speaking to a friend in a peg on a different bank, I saw a large carp jump out on the other bank, so picked a peg as close as I could get to the show, before getting all three rods out by 4pm.

“Knowing I was on fish, I thought I’d have one in the night, but that didn’t happen, so I wound the rods in, put some 18mm Bug freebies out with a throwing stick and went for breakfast round my mate’s peg. Having rested the swim, when I got back I could see there were still fish in my area. I quickly got the rods back out on the spots and later I had the biggest fish in the lake in the net, an absolutely mega fully scaled mirror at 37lb on the nose.”

The fish took a 15mm Milky Malt pop-up on a hinged stiff rig over a scattering of 18mm Bug freebies. 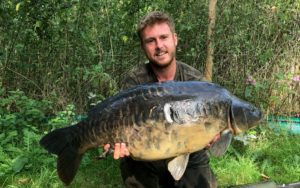