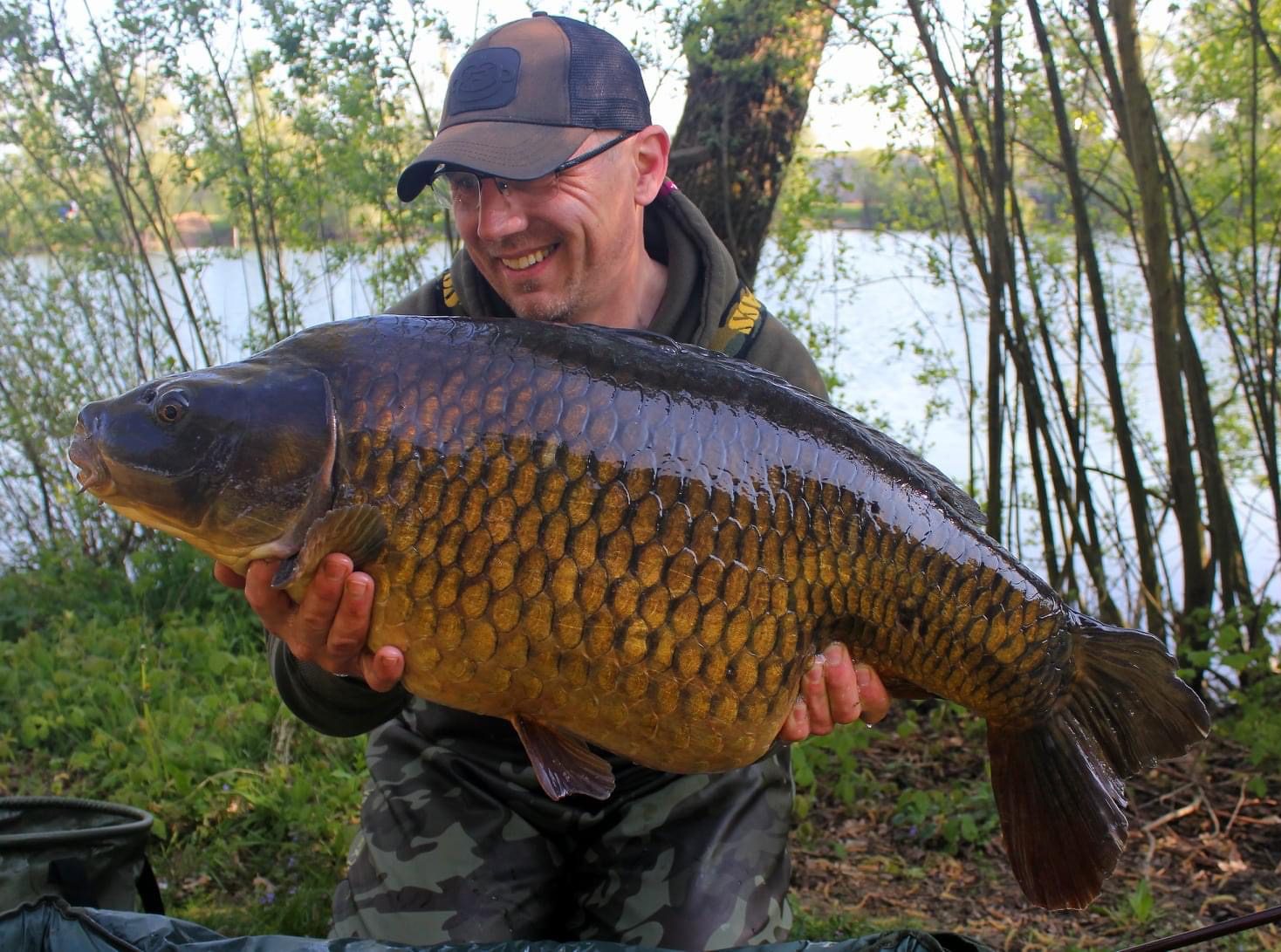 BIGGEST IN LAKE ON FIRST TRIP OF THE SEASON!

Steve Littlechild couldn’t have scripted his first trip of the season to Windsor View any better, as resulted in the capture of the largest fish in the lake, giving him a new PB common in the process!

Known as Tyson and weighing in at 35lb 11oz, the chestnut-coloured common came on the first morning of Steve’s session, pulling him from his slumber with a subtle bite on a tight line.

“I’d not managed to get down to Windsor View all season, so thought as it was my last weekend on my ticket, I’d better get down there and at least get some value out my ticket before I renewed it,” said Steve.

“Arriving on Friday at about 6.30pm, after taking over two hours to do what is normally a 50-minute journey, I had enough light to do a quick walk around the lake. It’s only a small lake, around seven acres, I suppose, and if I’m honest, I’d already pre-chosen my swim before I’d arrived. My quick walkabout hadn’t changed my mind, as the wind was blowing into the corner swim and that’s where I’d already planned on heading.

“I threw together a quick mix for my bait boat. The mix consisted of the awesome new Switch Amino Blast Hemp, some 12mm Switch and 15mm SLK boilies, mixed with some maize and bloodworm. Knowing roughly where the clear spots were, it didn’t take me long to find them and get two kilos over the top of my 18mm SLK wafter hookbaits on each of my three spots.

“By 9pm the house was up, the Cobb was on and I was settling in for the night. I woke at around 6am with the sun in my eyes early as it peaked over the horizon. I managed to doze for the next hour and was startled awake at 7am by two bleeps and the sudden sound of my tight clutch stripping line. The take was so violent it lifted my rod off the alarm. Good job I got those two bleeps at the beginning!
Lifting the rod and disengaging the baitrunner, the line was still stripping fast. I was definitely attached to something seriously angry. After a hefty 10-minute battle, it charged through a small, loose weedbed, and suddenly it was over; the fish turned and in the net it went along with the weedbed. Clearing the weed, I saw a common large enough you could stick a saddle on. I knew exactly what fish it was and, I’m not going to lie, I let out a little cheer and punched the air a few times!

“Confirming the fish’s identity with the lake owner to be sure, it was indeed Tyson, the lake’s largest known resident that pulled the scales round to 35lb 11oz. It was my new PB common too. I was so made up, as up to that point the lake had only done one other fish all year, so to bag Tyson was just fantastic.”