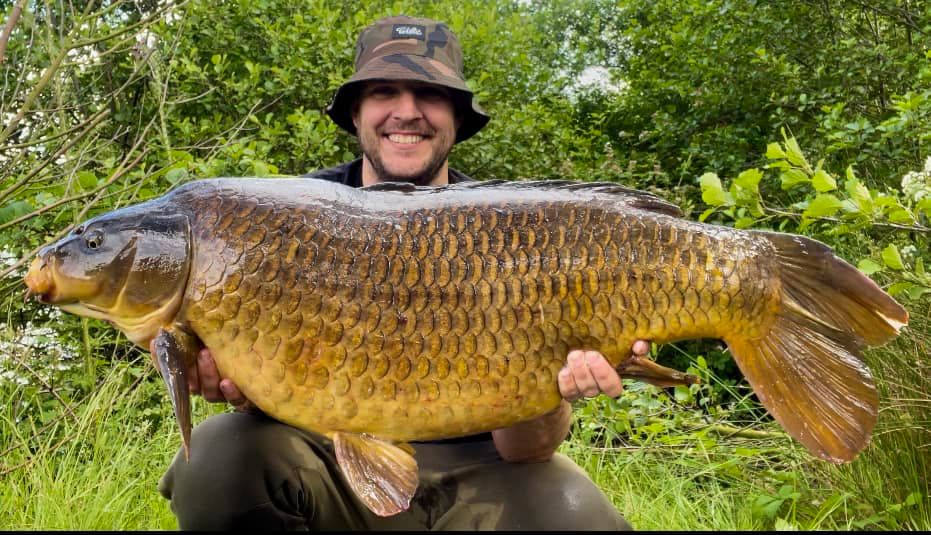 Dave Watson admitted to being blown away by his very first fish from his new syndicate water, a magnificent saddleback common that previously hadn’t seen the bank in a number of years!

Known as the Long Common and weighing in at 39lb 14oz after spawning, the fish unsurprisingly gave David an epic tussle before finally succumbing to his net.

The presentation that tricked the fish was a Bug Corker dumbbell wafter tipped with a trimmed-down Milky Malt wafter in conjunction with a small bag of Crayfish Mini Mix pellets.