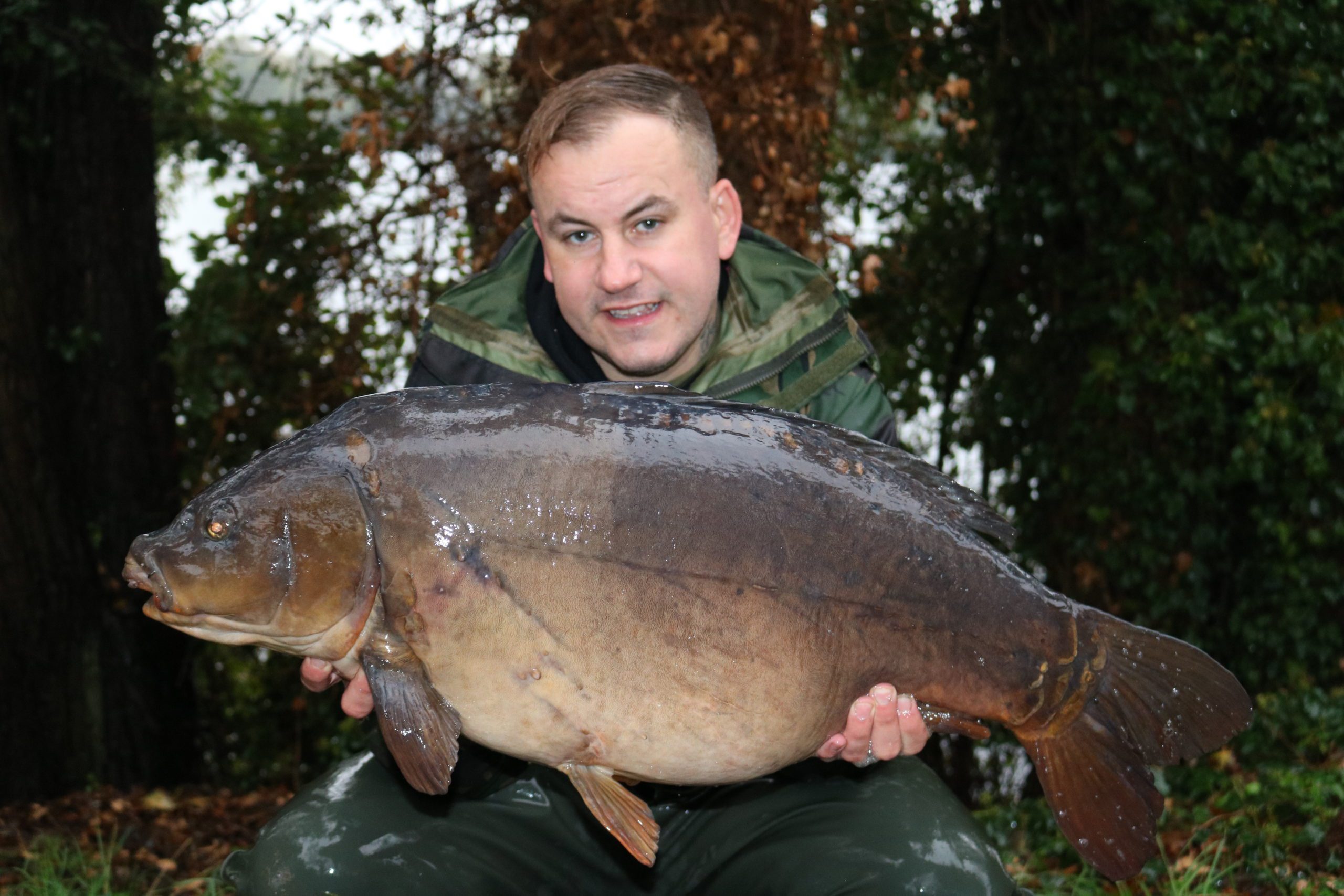 A brace of A-teamers within moments of each other proved to be the highlight of Andrew Murphy’s most memorable-ever session on Orchid Lake.

Andy took five fish in total during his 48-hour stay, including the 34lb Dumb and Dumber and The Unknown at 37lb 4oz during a frantic morning feeding spell.

He said: “I turned up at Orchid on the Thursday afternoon thinking I’d beat the weekend rush and bad weather that was due the next day. Upon arrival I could see it was pretty busy with limited swims available, and after walking round and seeing numerous fish showing in swims that were taken up, I knew I had to remain patient, as a few swims were becoming vacant in the morning.

“I decided to drive back home and came back first thing on Friday morning to try and get in those swims with my mate, which we succeeded in doing, and what a session it turned out to be!

“After finally getting into my preferred swim and the rods in the water about 4pm, which was a mission due to the continuous rain, I was able to settle down for the evening with a nice hot cuppa. The rods were spread over two spots at 80 yards, one on a 5ft plateau and the other on a firm gully up against a reed line, all on Secret 7 wafters tipped with corn over a mixture of Secret 7 boilies, corn, hemp and Crayfish Maxi Mix pellets.

“It wasn’t long before I received my first take, which turned out to be a lovely 19Ib scaly mirror. The bites continued through the night, but unfortunately I ended up losing two fish on the reed-line rod. In the early hours I received another take, which resulted in one of the A-team thirties known as Dumb and Dumber at 34lb, which I was delighted with. Before even getting my rod back out, my other distance rod tore off and the result was a brace of A-teamers, a 37lb 4oz mirror known as The Unknown. Obviously I was absolutely buzzing, as I wasn’t even 24 hours into the session by this point.

“The next day was slow, with three bream and a lost carp being the result, but the next night I was back amongst the fish, landing mirrors of 21lb 15oz and 20lb 4oz to complete my most memorable session at Orchid.

“Thanks to Marsh’s nephews, Gary and James, and my best mate, Gerbil, for the pics and helping out in the torrential rain.” 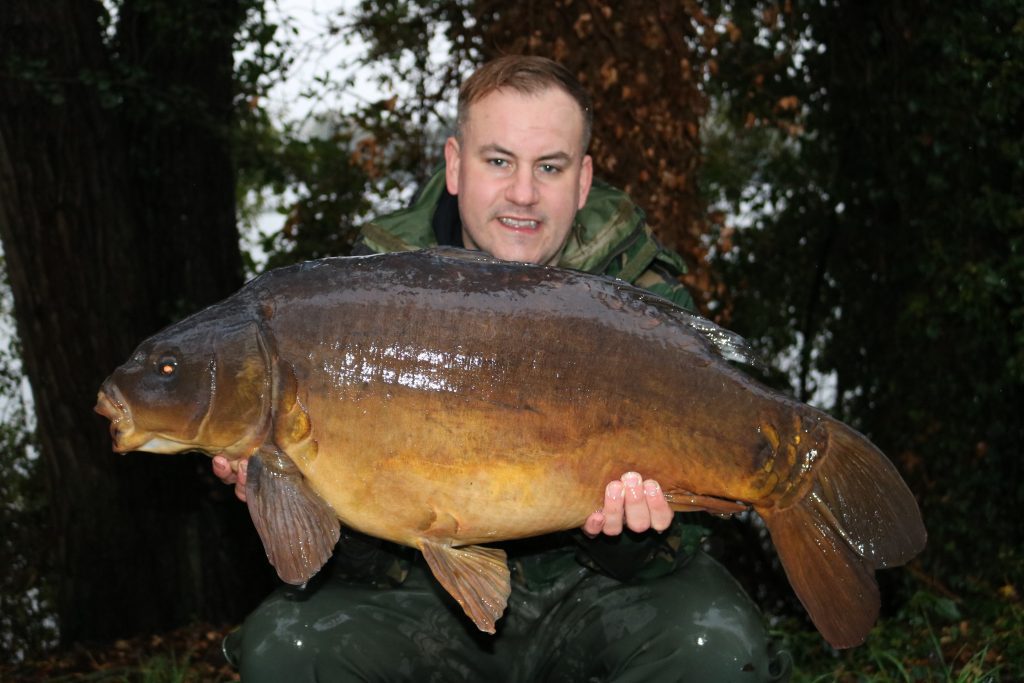 Dumb and Dumber at 34lb 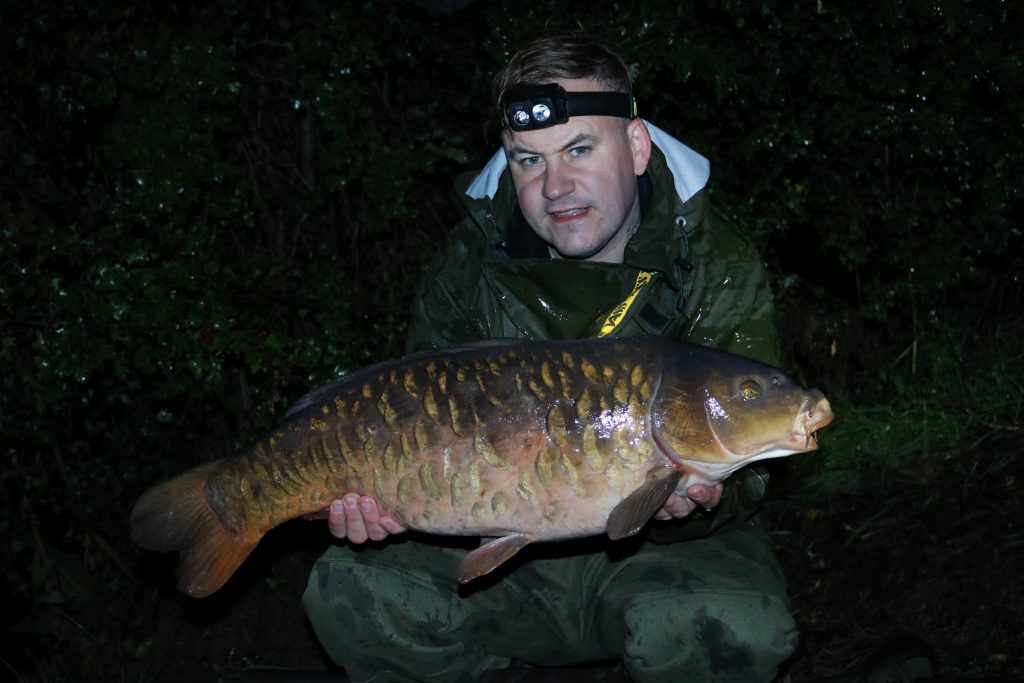 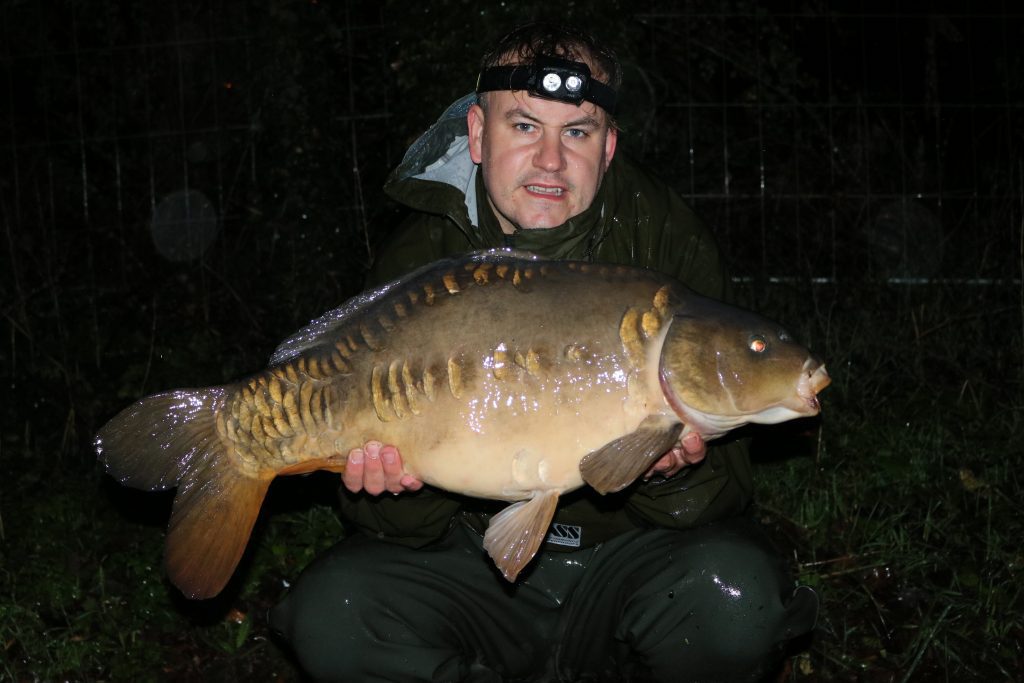 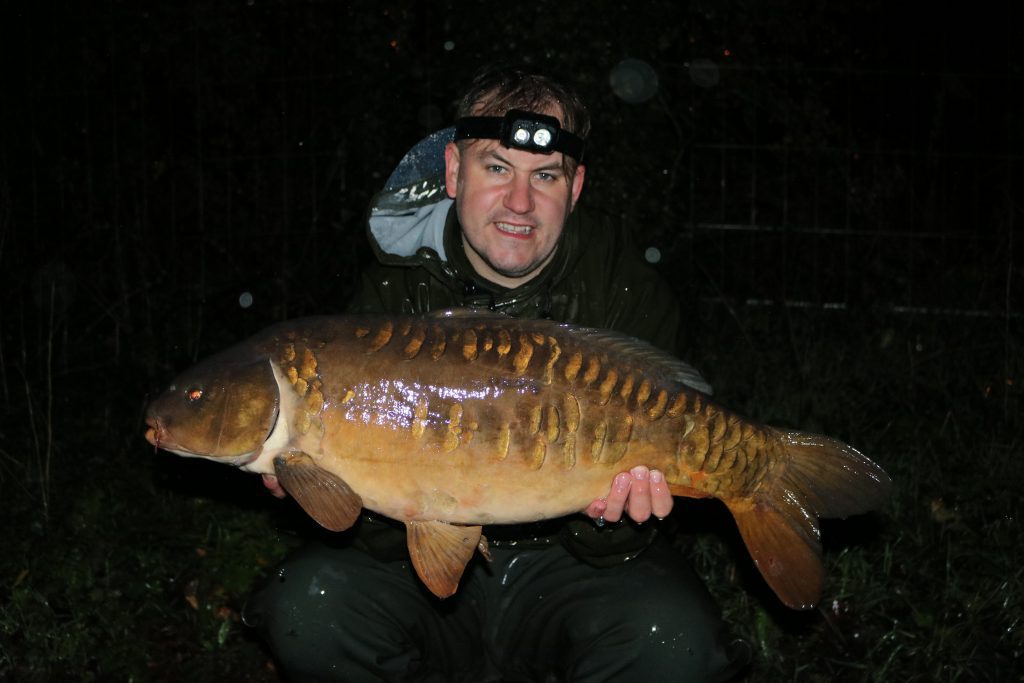