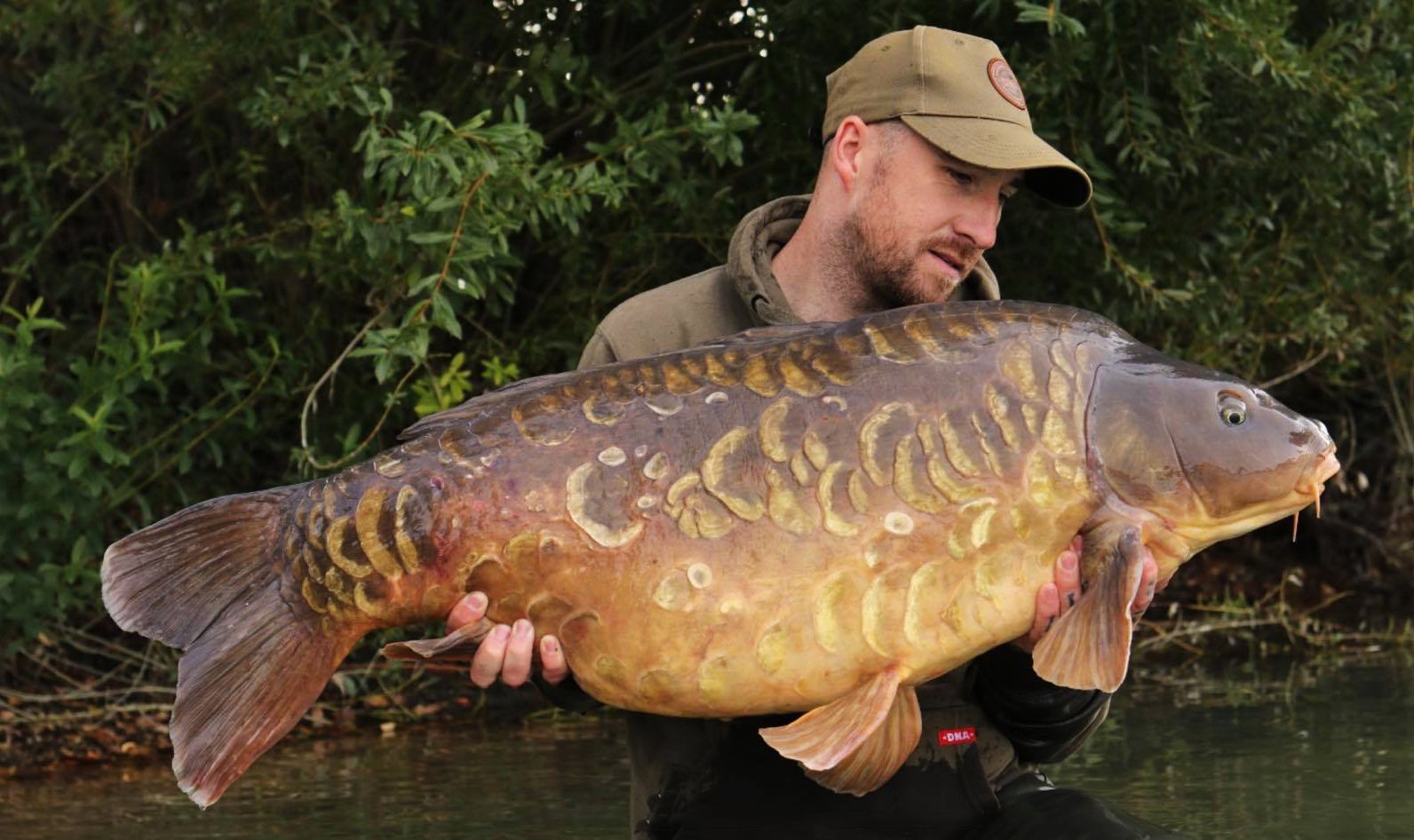 Coming out 11th of 12 in the draw at Gigantica Main Lake wasn’t quite what Joshua Cook was hoping for!

Undeterred, he opted for a swim that hadn’t been fished for weeks and went on to land four of the 14 fish that came out around the whole lake over his time there.

The obvious highlight was a magnificent 49lb scaly mirror that goes by the name of Equalled, which on its own was enough to make the trip more than worthwhile.

Joshua caught his fish using either 12mm white Bug Half Tones or PB pop-ups, fished over a mixture of Bug boilies soaked in Bug Liquid Food, mixed in with maize covered in Bug Hydro Spod Syrup.