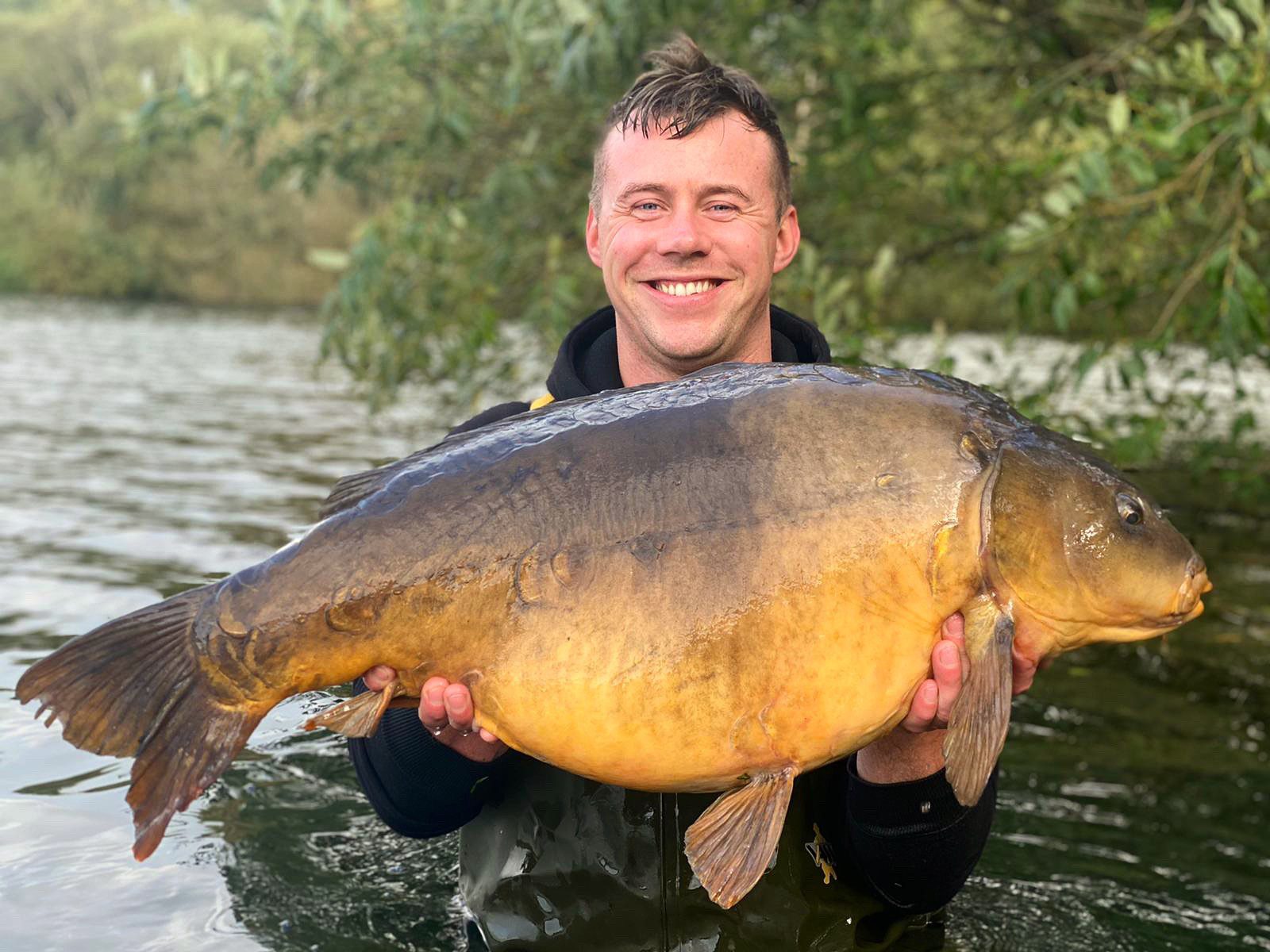 With just a day at his disposal and high air pressure set in for the course of his stay, George Goldie knew he’d be up against it when he visited Lancashire’s renowned Wyreside Fisheries for a session on Bantons.

Yet despite the time constraints and the conditions, George managed to pull off arguably his greatest-ever capture, a new personal best and his main target fish from the lake, a 33lb mirror that goes by the name of Sam’s Fish.

George takes up the story: “I arrived at the lake on the Wyreside complex as the gates opened at 8am on the Monday. There were a fair few anglers still present after the weekend, but nonetheless, I did my usual lap or two. With high pressure forecast and a wind change to a north-westerly, I made my way down to the end of the lake where the wind was pushing in. I saw nothing, apart from a slight bit of fizz whilst speaking to an angler who was coming off. I didn’t think twice, so put a bucket in the swim called Roland’s and went about retrieving the boat, knowing if I had a fish from this spot I would surely need it.

“I found a lovely bit of silt between some gravel just shy of a big weedbed. I decided to fish with a solid-bag presentation consisting of a small basic hair rig with a 15mm Bug wafter I had been soaking all season topped with a few maggots. The contents of the bag consisted of Crayfish Mini Mix and 4mm Bug pellets, soaked in the Bug Hydro Spod Syrup. Over the top of the spot went five Midi Spombs of matching pellets, along with some particles and salt.

“A few hours passed by and it started to look great for a bite, but with the air pressure so high, I just felt it wasn’t going to happen. Until all of a sudden, the middle rod erupted into life! I was immediately out in the boat, as the fish took me all around the swim. Eventually, I was able to get the fish, along with a big ball of weed, into the net. As I pulled the weed back, I was thrilled to see it was my main target fish, a Bantons A-teamer known as Sam’s Fish. At 33lb, it was also a new personal best, which earned me a soaking from on of the local lads and good friend, Tom Egan.

“It truly was a day session to remember!”