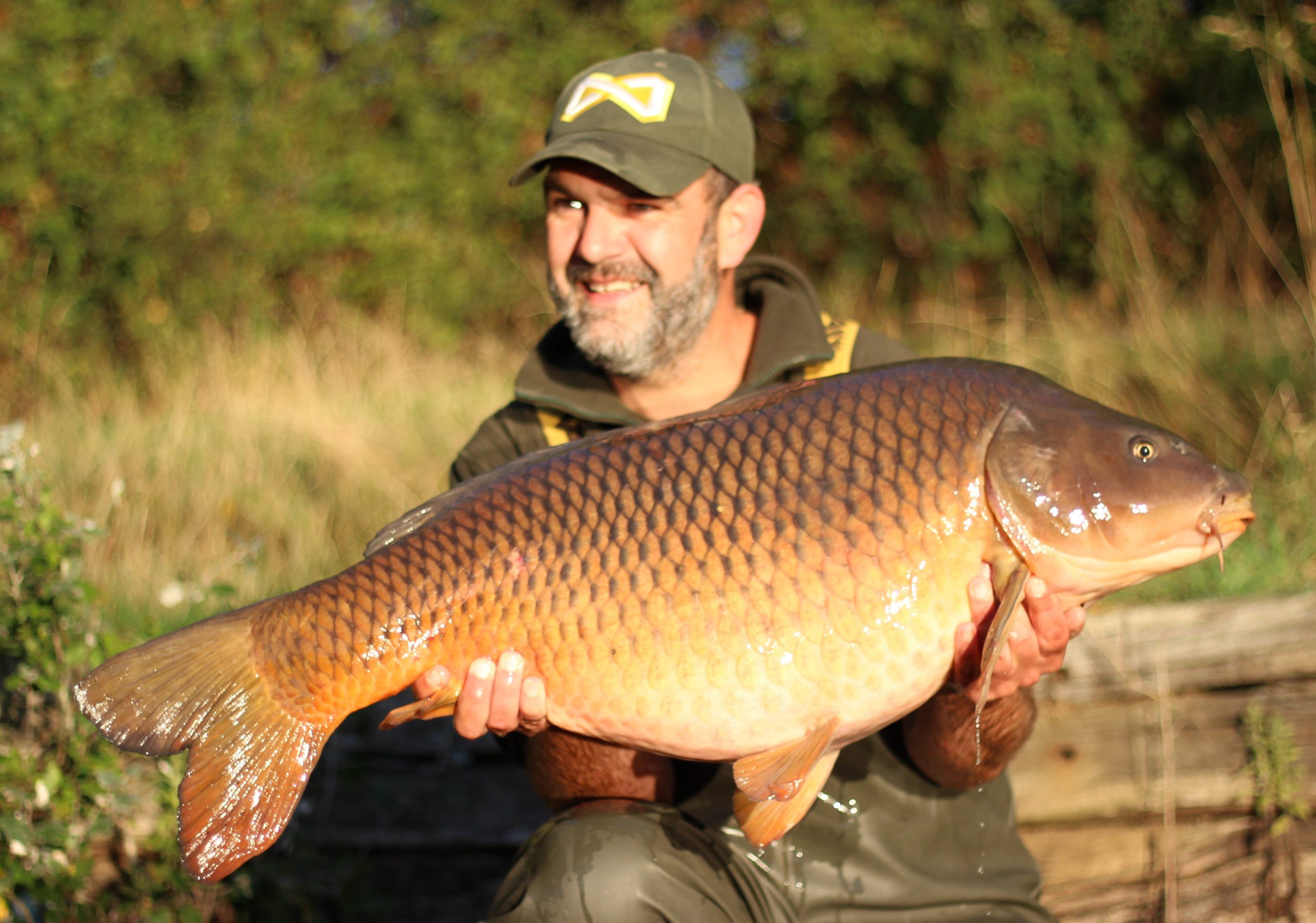 BUG HIT YIELDS ALMOST A THIRD OF STOCK IN 36 HRS!

Thought to contain 30-35 carp, Northwycke gave up 10 fish to Steve’s Bug-based approach during his two-night session, including the biggest common in the lake at 33lb 12oz and four other 30-pounders!

Steve said: “They were just on it! Right place, right bait, right time, I suppose!

“Arriving at the lake, I had every intention of going into a swim called Willows, as I had seen a few fish in there the previous week. However, after a quick lap of the lake, I found a few fish at the other end and the Brambles swim was free, so that’s where I ended up going.

“I got set up and baited three different spots with a mixture of 12mm and 15mm Bug boilies, along with a few kilos of hemp. Over the top, I fished Bug dumbbell wafters in solid bags of crushed Bug boilies and Bug pellets.

“The night was quiet, but then they got on it, with the first bite coming to the right-hand rod at 5.30am, producing a 28lb 12oz mirror. I got that rod back on the spot, then 20 minutes later I had the biggest common in the lake, a fish known as Viv’s at 33lb 12oz.

“Next it was the middle rod’s turn to go, producing the Pretty Lin at 30lb 4oz, followed by one of the Stormtroopers at 32lb 8oz.

“I put quite a bit more bait on each of the spots, then it was pretty much non-stop after that for the next 24 hours! If the fish weren’t jumping and showing themselves, they were fizzing and bubbling all over the spots!

“Considering there are around 30-35 fish in the lake, I’d had almost a third of the stock in one session. Mental!

“Since I first started using DNA Baits over 18 months ago, I’ve had some really good results, but this must be one of the best sessions I’ve ever had!” 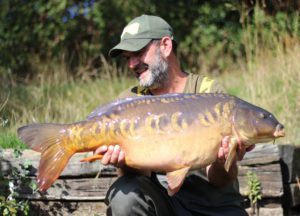 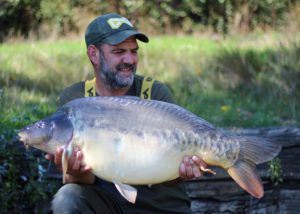 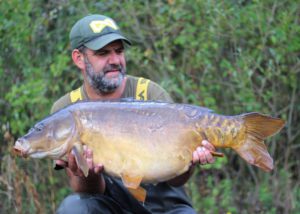