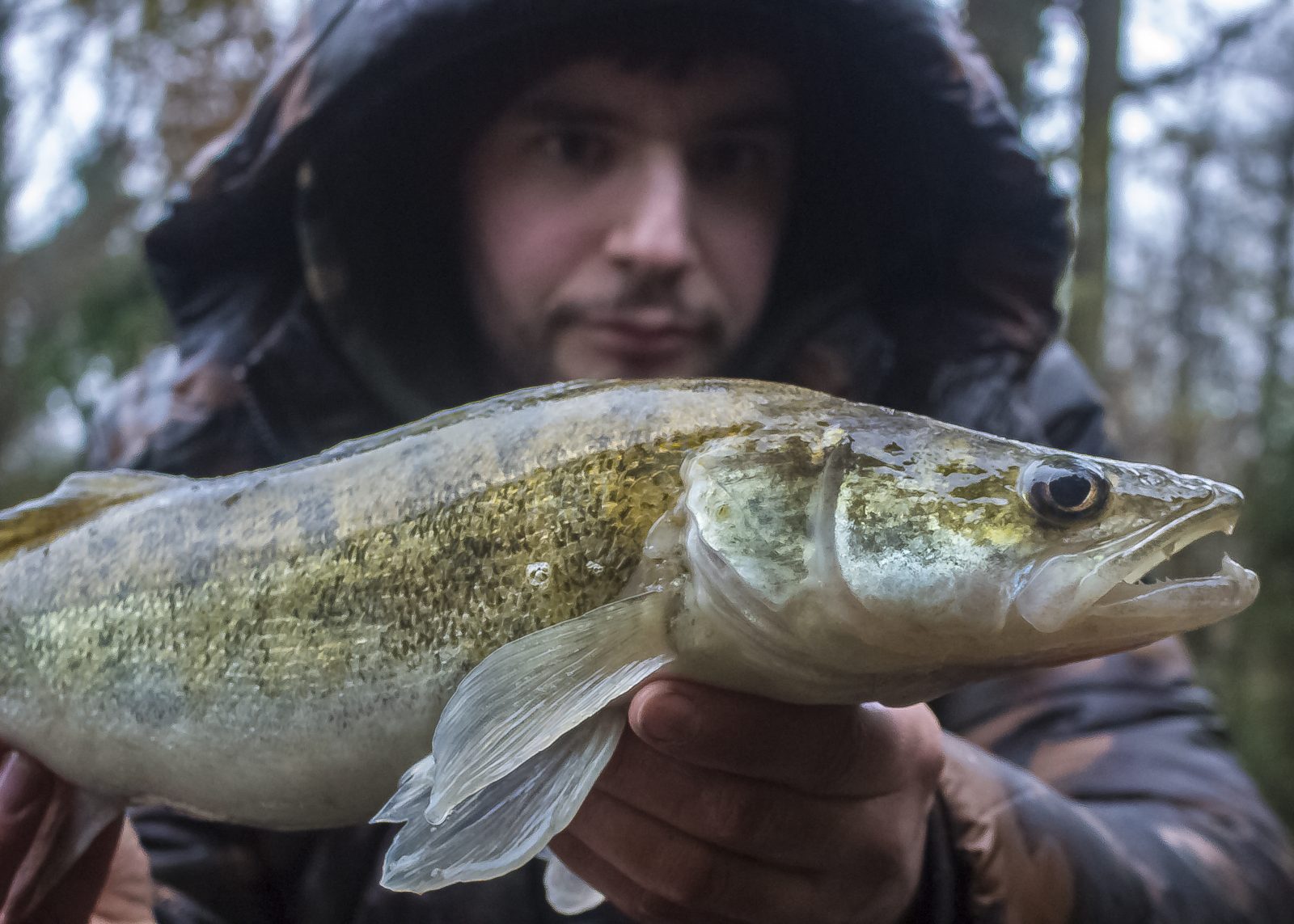 A species that had been on our radar for a while now is the zander, so we decided to try and get a session in before the weather got too cold and their feeding slowed down. We made plans to visit the prestigious Bury Hill Fishery in Surrey, a venue renowned for its consistent zander fishing. Following on from our success with the DNA range on previous trips, our confidence in the product range was sky high, and we had no doubt they would cross over well into our predator fishing, too.

The day before, we marinated our deadbaits in the SLK Hydro Spod Syrup. This gave them plenty of time to soak in all those natural amino acids, ensuring they would be pumping out attraction the following morning. Due to the day-ticket fishery being heavily pressured on a regular basis, we were sure this would be a massive edge. Before casting out, it was also our plan to give them a liberal coating in the wonderful Krill Meal powder – this was surely a winning combo! 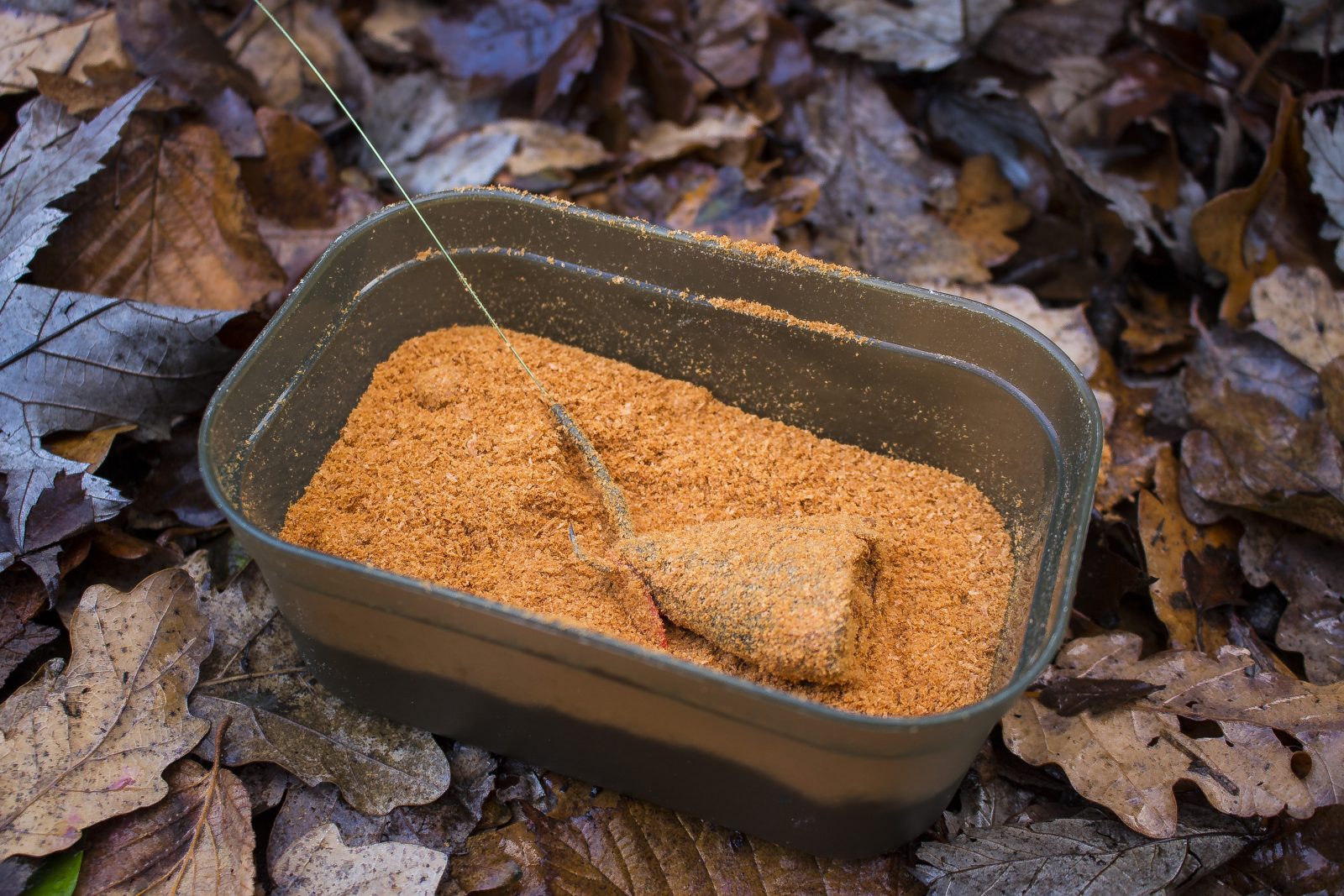 We had a 240-mile round trip ahead of us, so the alarms were set for 4am so we could get there for first light. A quick pit-stop for a McDonald’s breakfast meant we were fuelled up for the day session and hoped the zander would be just as hungry.

Our first impressions of Bury Hill were how beautiful and mature the fishery was, coupled by how helpful the bailiffs were. We set up in an area commanding the middle of the lake, something which had been recommended to us. 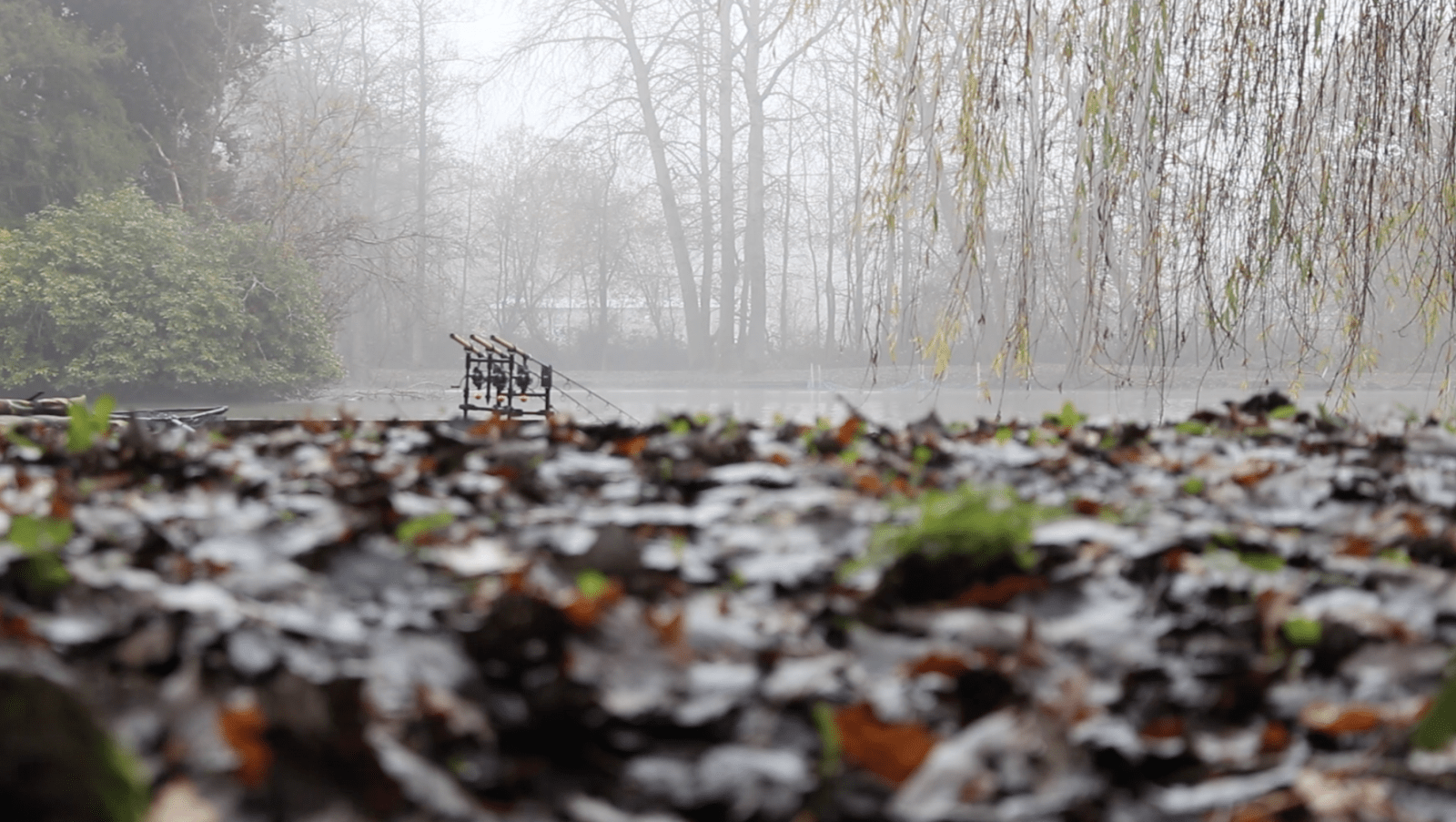 Bury Hill is a beautiful venue

Whilst sipping on our first brew, a bailiff, who was doing some work on the lake, suggested we moved to the top end near to a flume where he’d seen some fish over the past few days. With no other signs to tell us otherwise, we quickly packed down and barrowed the kit up to the new peg. We had just got the kit into the new spot when we were hit by some torrential rain – we got a soaking!

On a positive note, though, the change in weather resulted in a change of light levels, so it was no surprise when one of Shaun’s Delkims let out a few bleeps. Picking up the rod and feeling the line knocking, Shaun struck, making contact with what we hoped would be a zander. A short but spirited fight resulted in our first fish. We were glad there was no one around to hear the excited child-like shrieks we both let out! It may have only been about 3lb, but size was truly irrelevant. It was a new species ticked off the list; happy was an understatement.

We slipped the little fella back and got the rod back out ready for another. We didn’t have to wait long before it was my turn on the rod. We had gone from no fish to one each in next to no time! We were just about to get my fish out for its five minutes of fame when another rod pulled out the clip, meaning we now had two in the net, our first brace of zeds.

Our tactics producing the goods were half roach deadbaits straight on to size 4 barbless hooks attached to a thin wire trace and a running-lead set-up. The boosted baits glazed in the SLK Hydro Spod Syrup and Krill Meal were clearly working, as 30 minutes later we had a ripping take and another fish on the bank. With a total of four fish under our belts, we were two very happy anglers, even if we were soaking wet from the heavy rain. The zander clearly liked the weather, though! 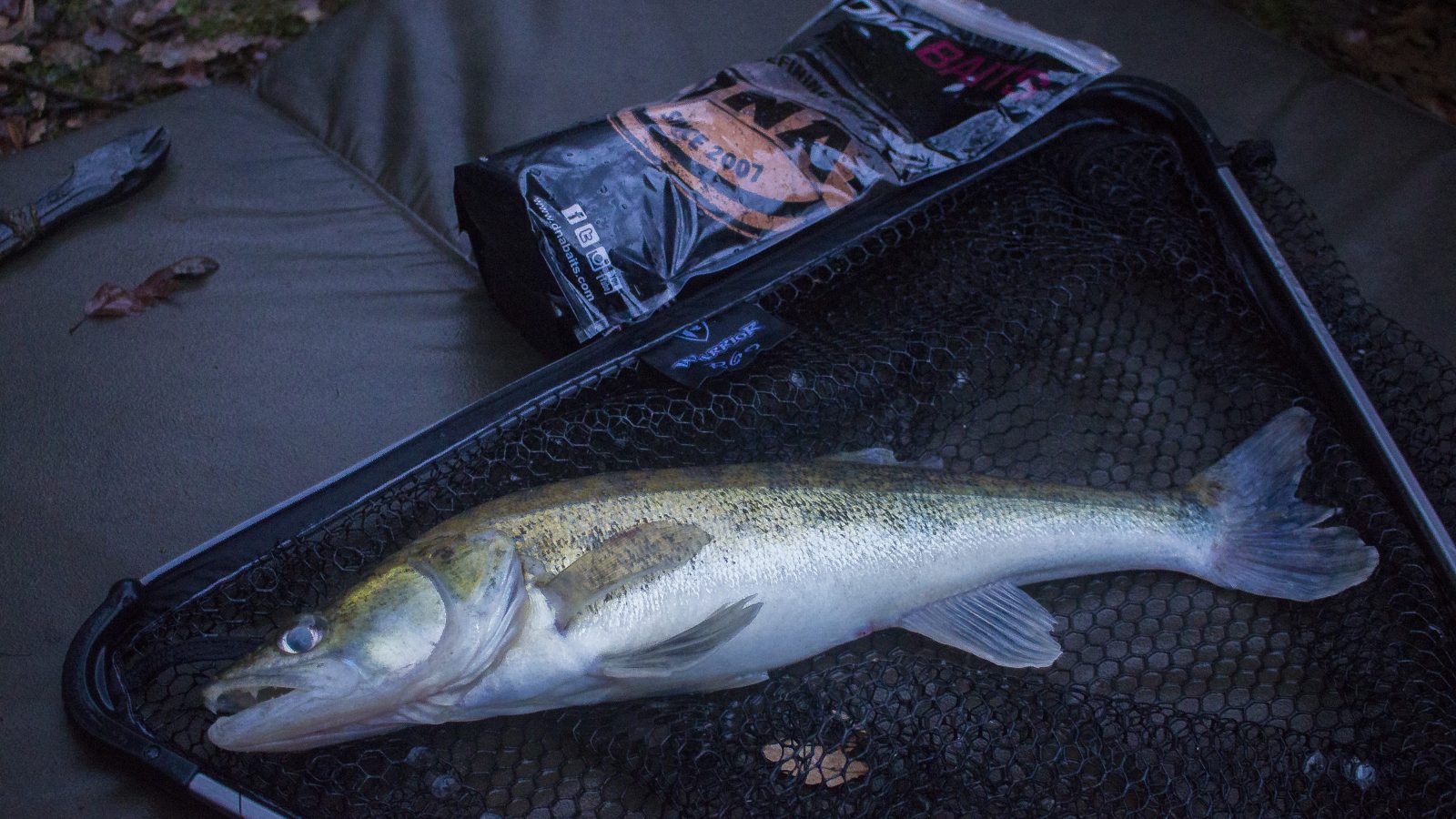 Our tactics were working perfectly

It seemed to go a little quiet after such a crazy bit of action, but the afternoon had flown by since moving and we felt there was more to be had, but maybe we needed to try another area. We had to be off the lake by 9pm, so decided to move back to the area where we had originally started. Zander are nocturnal feeders, so we thought they’d moved out into the main body of the lake under the cover of darkness looking for food. We set up around pegs 35 and 36, with the large island in front of us. The island created a narrow channel which the fish would need to pass through to reach the main body of the lake, the perfect ambush spot for the last few hours.

We staggered six rods along the channel in the hope of locating the fish. The rain had now stopped and it looked perfect. Before we had even got all the kit organised one of the rods was away, instantly followed by another. Another brace shot and a slightly better average size, both being around the 4-5lb mark. 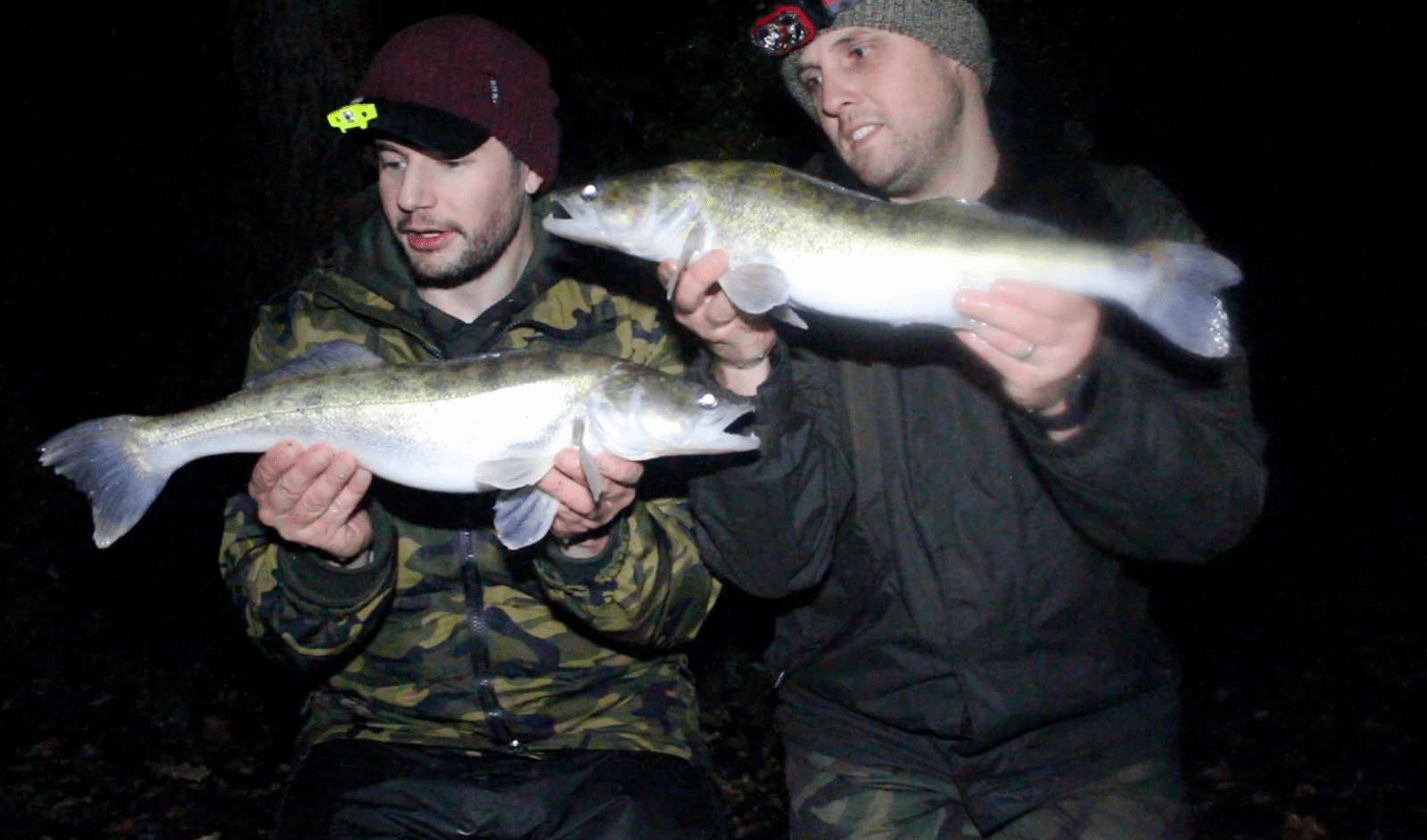 Our second brace of the day

By the time we got these fish back, we only had about 30 minutes before we had to be back in the car park. We were just reminiscing about how good the session had been and also thinking about getting the kit all packed down when a rod was away again! It was only a little one, so we unhooked it in the net and released it straight back. We brought in the remaining rods and hastily packed everything away; there wasn’t a dry item of kit in sight! We ended the day session with seven zander between us, which was a dream come true. We might not have caught anything massive, but that really didn’t matter, as it was a new species for both of us.

The SLK Hydro Spod Syrup and Krill Meal powder did us proud, showing how versatile the DNA range can be. It was great being able to transfer the confidence we already had from our carp fishing into our predator approach. 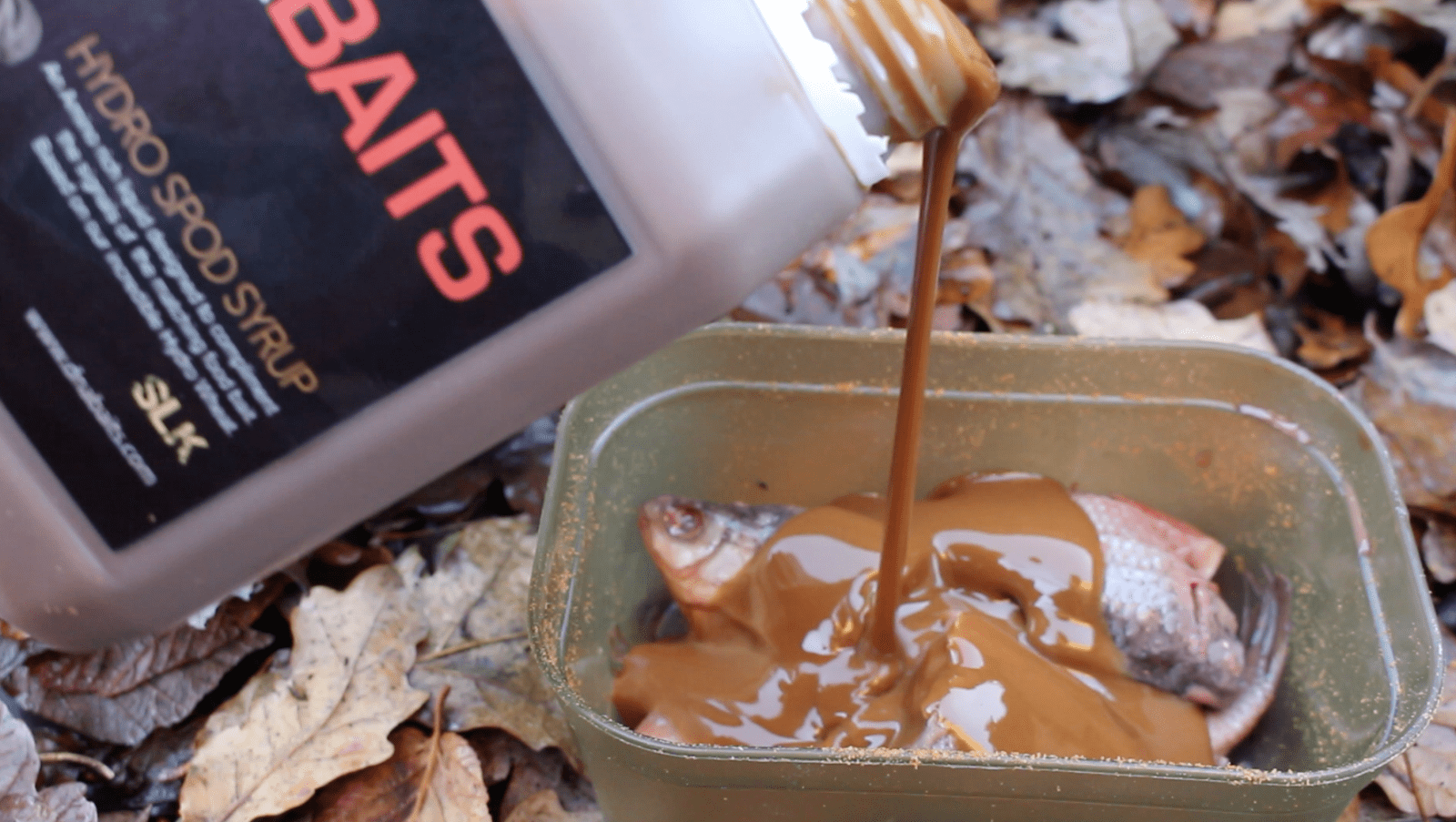 The SLK Hydro Spod Syrup is evidently as good for predator fishing as it is for carp fishing!

The weather made it really difficult to get some decent photos and video footage, but it certainly made the fishing more productive. Check out the Vlog of the session over on our YouTube channel. Don’t forget to subscribe for more!