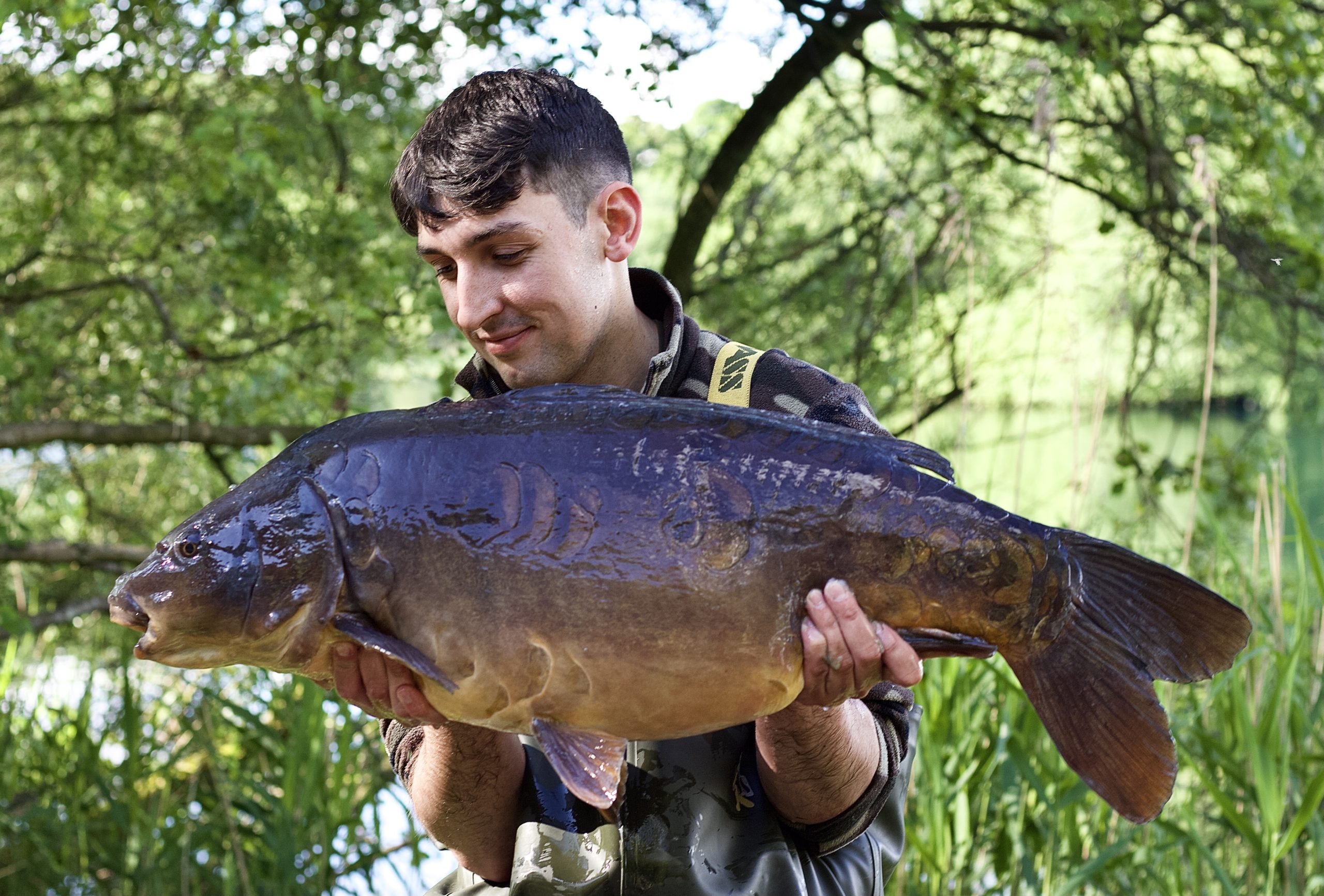 Kurtis Holland admitted he’s started getting amongst the bigger fish since moving over to SLK, after landing a thirty and three upper twenties from Bantons Lake at Wyreside Fisheries in the North West.

The quartet was capped by a distinguishable 30lb 4oz mirror, a fish Kurtis had dearly wanted to catch. He backed it up with two 28-pounders and a 27-pounder, all of them mirrors.

“Despite it being a tough week, with the carp being so close to spawning and clearly not wanting a big feed, it was a great result to have the four I had,” said Kurtis.

“The thirty was one of the ones I really wanted out of the lake, a carp known as Adidas due to the three scales on its side.

“I definitely seem to be picking off the bigger fish since moving over to the SLK.”

The 24-year-old fished to a clean area amongst weed, where he baited with whole and crumbed SLK boilies, all soaked SLK Liquid Food, and fished 12mm PB pop-ups over the top. 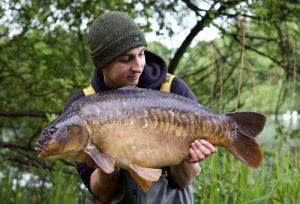 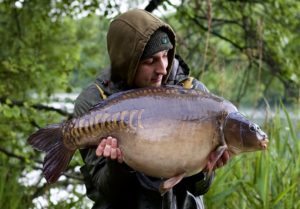