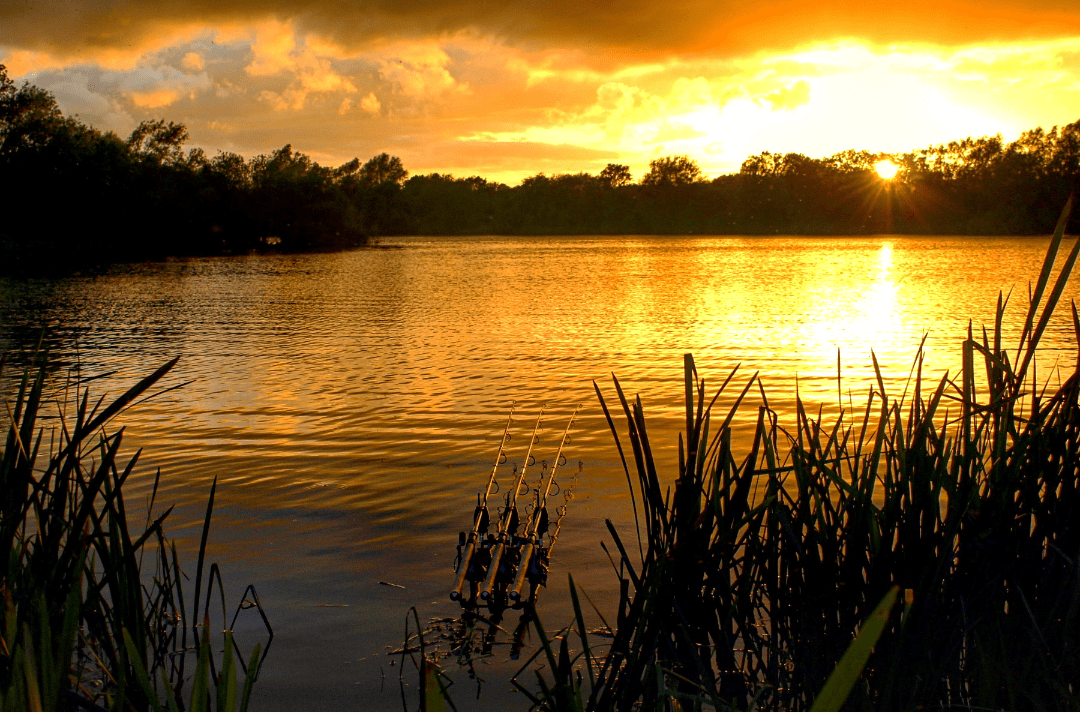 Empty lakes, solitude, a choice of swims and a huge sense of achievement when a carp in all its winter glory rolls over the net cord. These are just a few of the reasons why I love carp fishing in winter. There is no better feeling than arriving at the

lake at first light to an empty car park and feeling that crisp frost under foot. At this time of year, although there are fewer daylight hours, I feel like I have all of the time in the world. With more and more carp anglers reaching for the perch and pike gear, my usual haunts become largely unoccupied, thus giving me the freedom to fish exactly how I want and with fewer restrictions.

Fishing through the colder months has its ups and downs, and at times you can feel the lake you are on is uninhabited. However, with a bit of hard work and the willingness to adapt, you can still create chances. For me, adaptability is the biggest edge in carp fishing, and even more so during winter.

I was lucky enough to have some incredible sessions throughout 2017, landing some lovely carp and, looking back, the sessions in the cold are my fondest memories.

Through January and February, I managed to get out on the bank and fish at two lakes I had never been before. The first lake was Winters Lake at the Manor Farm complex in Bedfordshire. I arrived to the complex at first light on 10th January. After a quick chat with the lads in the shop, I discovering the lake had been fishing extremely slow (isn’t this always the case?). As made my way to Winters Lake, I could see it was empty. This meant I could go looking for the signs whilst being undisturbed. After what felt like a thousand laps, I finally caught a glimpse of a carp: a subtle roll between two islands was all it took to give the game away.

I decided to fish solid bags of maggots and boilie crumb to the general area, but this turned out to be the wrong approach. That evening I saw around three or four shows and received endless liners, but the take never came. The next morning I knew I had to make a change, as the carp were obviously active and my solid bags just weren’t enough to tempt them. I had a good lead about and eventually found a lovely, smooth, silty area at the back of an old weedbed, big enough to fish both rods on. Due to the consistent activity, I decided I was going to give them some food, opting for 25 Midi Spombs of maggots, casters, hemp and boilie crumb. Shortly after introducing the bait, I started to receive liners and they became more frequent. After what felt like a lifetime, a bite came and I landed a lovely solid 28lb common, a real looker, too. After that first common, the bites came steadily throughout the remaining days of the session and I left feeling very pleased to have caught five stunning January carp.

Luckily, my next trip wasn’t too far away. At the end of January, I started a new job, beginning with a five-week training course in Rugby. After settling into the course and learning about the local area, I decided to look for a lake close to the hotel. I planned to take my fishing kit for the last week so I could do overnight sessions in between the course.

I set about Googling and settled on a lovely little fishery named Spring Pools, only five minutes away from the hotel and home to some nice old crackers. The little plan paid off for me and during the final week I managed three overnighters and caught some lovely carp. On this particular trip, I opted for hand-placed zigs fished a couple of foot under the surface along a far margin, where a flash of white from a ghostie gave away the carp’s whereabouts.

I managed to hook six carp during the three overnighters, but lost a couple due the obligatory hook pulls we incur whilst using zigs. However, the carp I did land made up for the losses, and I ended the week over the moon, having secured my new job and caught some real crackers at the lovely Spring Pools.

Spring Pools was very kind to me

Fast forward to November of 2017 and a week’s fishing loomed. On this occasion, I wanted to give Horseshoe Lake in Lechlade a go. It was a lake I had dreamt about fishing since watching the TV series Carp Crew as a young lad. Luckily, I had timed the trip perfectly, with a low-pressure system coming in the day after my arrival. After spending most of my first day looking around and speaking to the remaining weekend anglers, it was apparent that there were fish in front of pegs 39, 40, 41 and 42. There were maybe two carp out on the whole lake the weekend before I arrived and both were caught by a lad named Dean from peg 41. After speaking to Dean, it was confirmed the carp had been localised in front of this area, so with Dean leaving that day, I decided to plot up in peg 39. This turned out to be the right choice. I applied 20 Spombs of maggots, casters, hemp and two kilos of 8mm NuttaS boilies. Then I sat on my bedchair with a brew in my hand and took it all in.

That night I was awoken by a take on the right-hand rod and after a spirited battle landed my first Horseshoe carp. Little did I know about the gifts Horseshoe had in store for me.

A lovely scattered linear from the famous Horseshoe

My go-to bait in the winter months

The next day, just before dark, I landed another slice of the Horseshoe’s future. Again, it was only a small one, but a welcome result all the same. The remaining days passed by so quickly and the bites kept coming, including a couple of cracking mid-twenties. Then the icing on the cake, a true Horseshoe original and one of the really special ones. It weighed 36lb 2oz and I could not have been happier, particularly as it had fallen to my favourite hookbait, a 12mm Milky Malt pop-up. Horseshoe was everything I had ever imagined and so much more.

The icing on the cake, a 36lb 2oz Horseshoe original

I went into December full of confidence after my Horseshoe success, so tried my luck on Millfield Pool, despite the icy-cold conditions. It is lovely little lake in Wakefield, full of scaly bangers. On arrival, I found parts of the lake frozen. I went about getting the rods out anyway and hoped just one might slip up. It was a complete shock when 48 hours later I had caught eight carp, including a couple of scaly stunners. What a great couple of nights’ fishing on a wonderful little lake. It was a great way to end a brilliant year that included some memorable cold-weather triumphs. Until next time, be lucky!

Millfield Pool has so many surprises