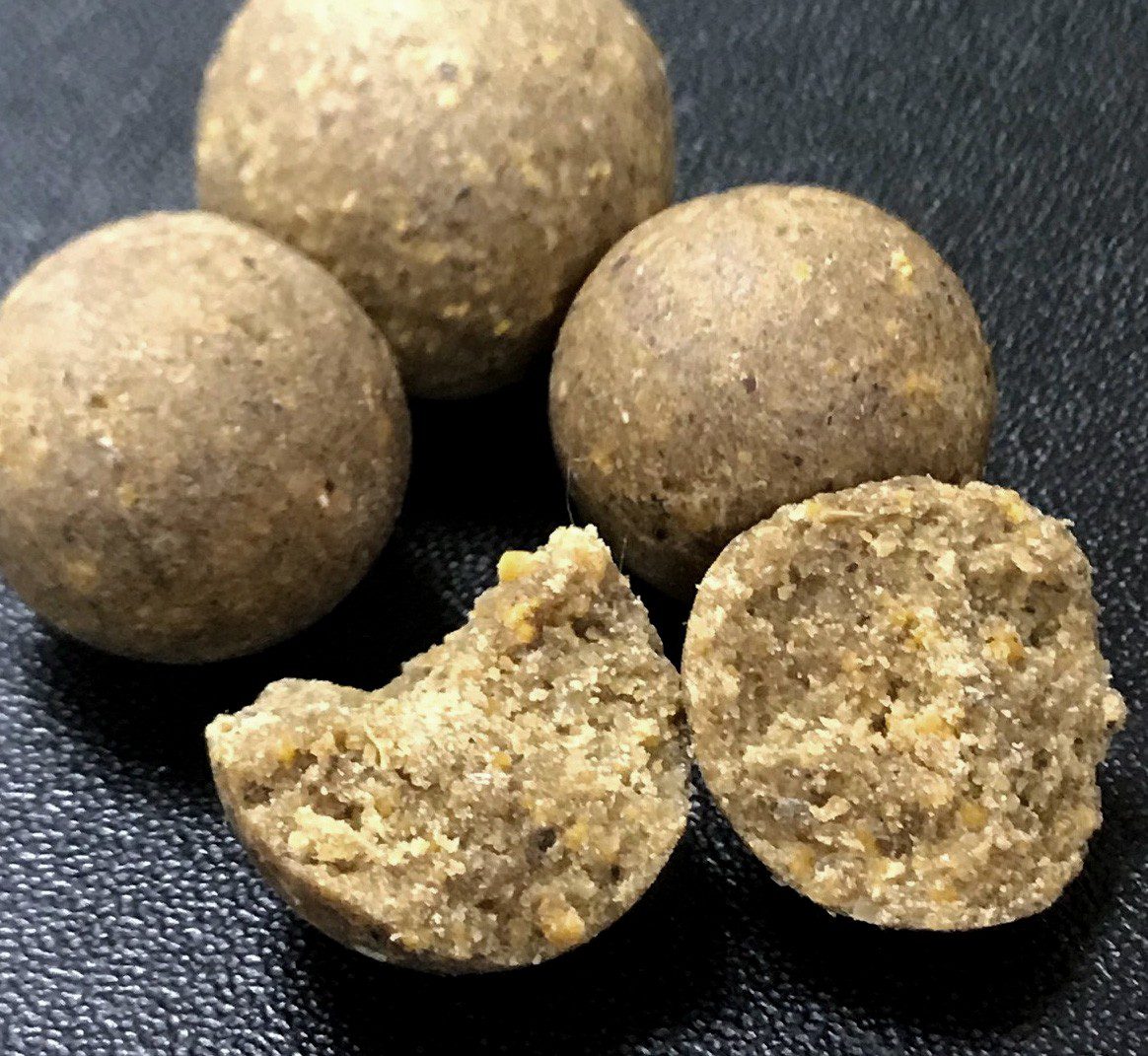 As we approach the third anniversary of the release of the Switch, our non-fishmeal yet balanced high-protein bait, we thought it was about time we brought you up to date with exactly what we’ve been up to since as we continue to move forward and look to bringing continued sustainability to the bait market.

Over the past few years, we have been working closely with alternative protein manufacturers from all over the world, some government funded and some from private enterprises. A common theme we’ve found is there is a lot of red tape involved, but thankfully we are at last seeing the green light in relation to the use of some of these proteins within the animal-feed industry.

You may have seen tongue-in-cheek mentions over the years of, “Come 2030, mate, we’ll all be eating insects, you know.” Well, it’s no joke any more, and the vast majority of our feed protein sources will come from these critters in the future – guaranteed. There are millions of pounds of government funds being ploughed into research, lab creation, factories and farms all over Europe based around the same thing – insects! 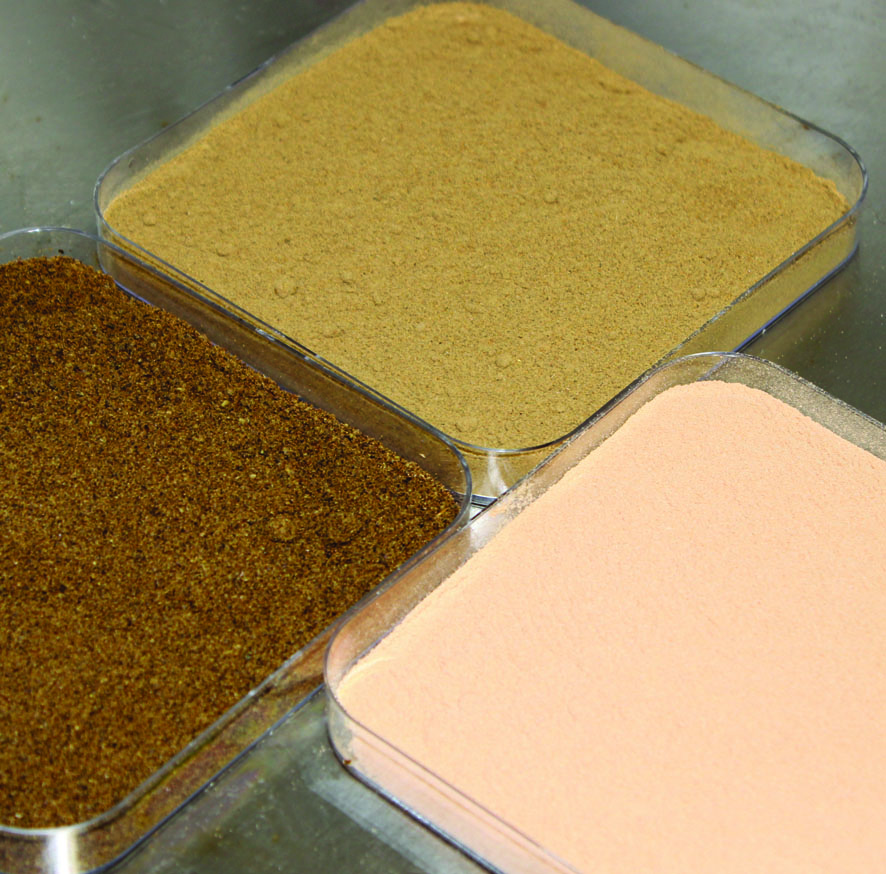 This is far bigger than people saying, “I’ve been using ground insect meal for years. What are you talking about?” Most ground insect meal of the past was mostly shell, low in protein, high in ash and used for birdfeed, so it was very low in quality nutritionally in regards of feeding fish. Hence these types of meals weren’t a lot of use to bait makers and often ignored in favour of the more protein rich ingredients. The modern insect meal products are now completely different animals and have very impressive nutritional specs, as they are the meal from the larvae stage rather than the insect itself. It’s all about high-quality sustainable protein and the bigger picture is feeding us, through the food that feeds the animals that end up on our plates. Nothing to do with fishing bait. The bonus of this, though, is that these types of proteins will now become available to us bait makers who are way down the chain. So, this is where we are now at and, although we may or may not be letting the cat out of the bag a bit too early, is what we have been working on for a couple of years now.

Things are going well so far. Some samples have been good and some we’ve found out are not so good, but it’s a long process. Already we’ve found this is going to be a minefield regarding who you source the product from. Fortunately, one advantage we have is that through The Maltings Organic, which is owned by Steve Carrie, we are able to work directly with the people involved with one of the part government-funded developments of these protein sources, a company called Fera Science. Fera Science is connected to Defra and is leading the way when it comes to finding new ways to feed a rapidly expanding world population. This research takes in all aspects of bringing new proteins into the food chain. Whether they may cause biological hazards in the future, the effects on the land and watercourses through waste, the utilisation of the protein within the specified target consumer, which for us that means carp of course – but obviously humans as well – and whether we may suddenly start to sprout an extra ear if we consume too much! They are certainly exciting times being involved at this stage and for people as nerdy as us when it comes to bait, it is fantastic working with them on this exclusive basis.

To date, testing is going really well and one thing we are sure of at the minute is the fish absolutely love it! We are looking at release in early 2020 which ensures the final production version of the bait will have at least another year’s field testing which we feel is imperative during new bait development. It is very different as you would expect and like The Switch may not be a bait for everybody, but we feel it is a move forward. As an aside, we will have some at all our shows this year for people to have a sniff at so if you are at the upcoming NAS event please pop by for a look. If you want to taste it as well feel free!

As you have probably worked out by now, things are changing. It isn’t just as simple as sticking 40% of fishmeal in a bait anymore and adding a shellfish-type flavour to create the latest never-seen-before bait that will ‘rip waters apart’. There now requires thinking outside the box, which is a phrase I normally hate, as it is usually used by those who do nothing of the sort, but it suits this point in question.

As the fishmeal use in aquaculture diminishes due to both the spiralling costs and the unfulfilled human consumption rates, bait makers really will now need to ‘think outside the box’ to create new and sustainable fishing baits. If ever there was a time when proper bait makers will come to the fore, it is now. This isn’t just about DNA, as there are lots of great bait companies out there with some terrific bait minds behind them that have the knowledge, funds and influence to drive the industry forward if risks are willing to be taken. No more relying on decades-old recipes we all know work. It’s 2019, not 1989, and things have moved on. Obviously, carp haven’t moved on – carp and what they like to eat hasn’t and never will change – but the whole industry needs to move forward as one now and support it. This isn’t just about new ingredients and more sustainable protein sources, it’s also about conforming to legal requirements currently used in the animal feed sector, setting benchmarks on quality and standards on what is thrown into our watercourses every weekend. We, as bait companies, need to be responsible in respecting our planet and its flora and fauna around us to ensure it is here for many years to come for future generations to enjoy. Unfortunately, we as humans have made one almighty mess of Planet Earth so far. Fingers crossed there is still time to put it right. That time starts now!

Look out for the April issue of Carpworld, which comes out at the end of March, in which Jase talks about the latest issue to hit the bait world – the ceased production of the world’s krill hydrolysate supplies until 2021.