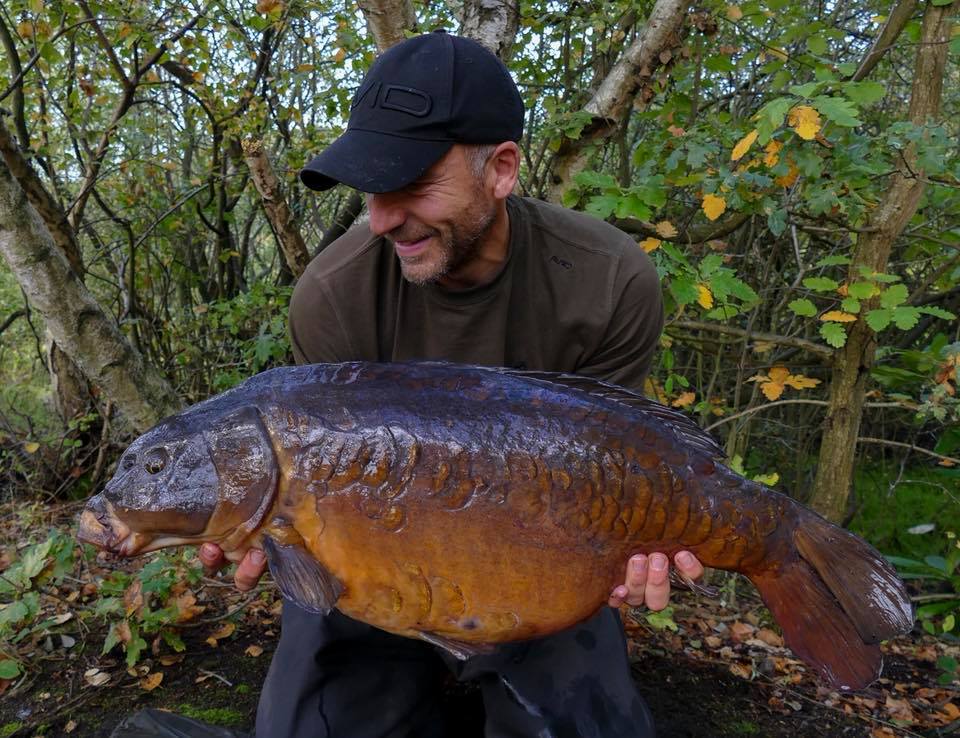 What a run Simon Crow has had on his Lincolnshire syndicate water!

After banking fish of 36lb and 34lb on his first session, he resumed his campaign last week after running the Chicago Marathon, landing the lake’s largest resident, the Trent Mirror, and one other thirty. He then returned this week for another go, recording a brace of thirties on Tuesday morning, then following it up with the one he dearly wanted to catch when he joined the syndicate, a stunning old mirror known as the Woodcarving.

Crowy said: “A piece of Lincoln history and THE carp I dearly wanted to catch from my syndicate, the rarely seen Woodcarving. I’m over the moon to be holding it, as it was seeing a picture of this fish which prompted me to make enquiries about joining.

“I had a brace of thirties on Tuesday morning. There were still fish in the swim when I walked the lake in the afternoon, but when I saw the Woodcarving further up the bank, I decided to move. At 4.30 on Wednesday morning, it was my only bite of the night. What a lovely old fish.”

Once again, it was an SLK bottom bait fished over a spread of matching freebies that brought Crowy the bite.