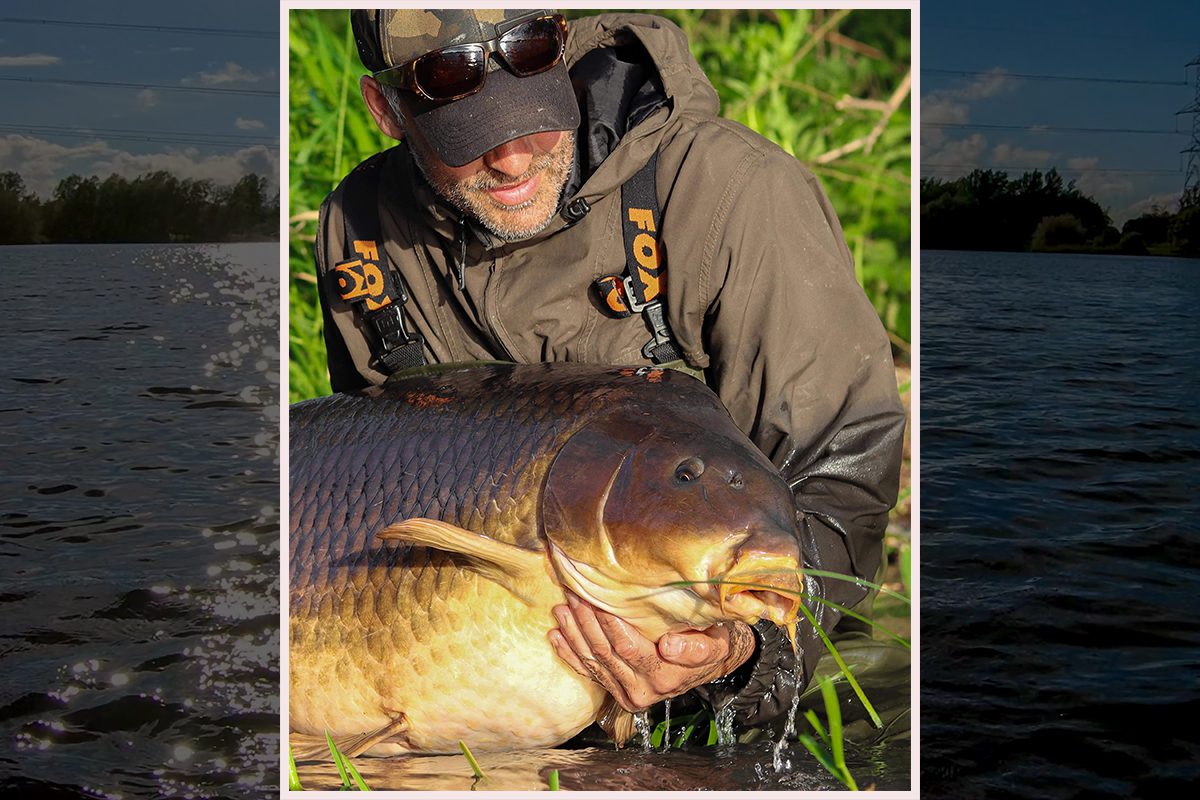 It is not very often in this day and age of large, accessible carp that a capture stops the carp-angling world in its tracks, but last week we experienced one of those rare moments.

Those who have followed Simon Crow’s angling career down the years will know he is a master tactician when it comes to tracking down big carp, spending many hours studying a certain fish’s behaviour, documenting its past captures and analysing its potential whereabouts at certain times of the year. You can liken it to a grandmaster playing a game of chess; a strategy is implemented, every move carefully considered, until finally… checkmate.

With every piece perfectly aligned, Crowy’s final decisive move came last Thursday, when his tactic of fishing away from the main pack of fish saw him rewarded with the carp he had set his sights on since joining Girton Main Lake in Nottinghamshire, the colossal common known as Butthead.

Weighing in at a new lake-record weight of 64lb, it was also a new UK personal best for Crowy and goes down as the one of the biggest commons in UK angling history.

“Butthead is a very unpredictable carp and is known for being the trickiest to catch in the 70-acre Girton Main Lake,” said Crowy.

“I’ve been busy fishing a variety of different waters for work this year, but knowing it has made an appearance a few times in late May/early June, it seemed the best time to give it some attention. Therefore, I set aside the last week in May and the first two weeks of June.

“I pay a lot of attention to catch data, studying the dates and times when fish get caught and the tactics they fall to. From what I could ascertain, Butthead is more of a loner than a pack fish, and with Girton containing a lot of carp (it’s been flooded by the nearby Cove Lake a couple of times), I decided to target the areas where the majority of the fish weren’t. The middle section was the obvious choice, as Butthead has been out from here before. I’d been talking to another member, Simon Tolley, about this approach over the winter, as Si had a similar outlook to myself – we only wanted to catch the biggest fish in the lake.

“Neither of us caught much to shout about when the fish began to wake up in April, but when Si caught the number three fish at 46lb in mid-May (catching no other carp but that one), we knew it was worth persevering with. It takes the right mindset to fish like this, because on a lake like Girton you’re always seeing other people catching. Even to experienced carpers, you then start getting negative thoughts about your approach, so you need a lot of tunnel vision to keep on track.

“When I arrived to the lake on Sunday 22nd May, I had the intentions of targeting the same area Si had caught his 46-pounder. Luckily, there was no one in there. Four nights later I’d not had a bite, but at 5.45pm on the Thursday the line tightened up on my left-hand rod at 80 yards range. I knew straight away it was a big fish because it just went where it wanted to. I could do nothing with it. Some 30 minutes later, after having waded four swims down to my left (and they are big gaps between swims on a 70-acre pit), I finally caught sight of what was on the other end. When it rolled over the net cord, it could only be one fish. 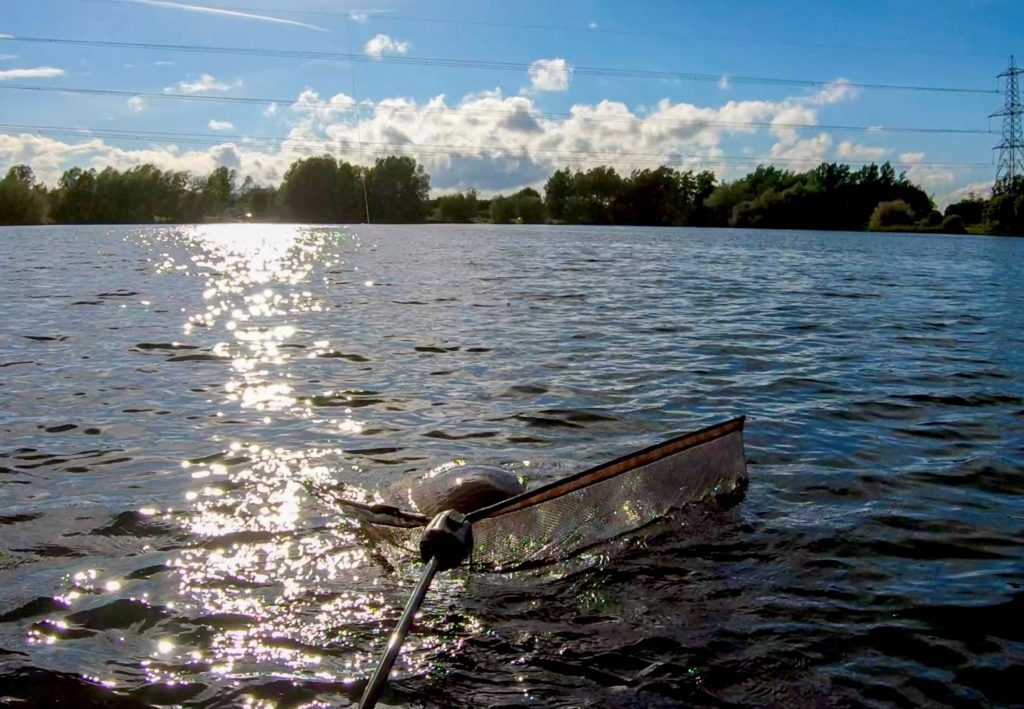 Butthead rolls over the net cord

“The rule on the lake is you have to get someone to help you with the A-team carp, and within no time seven lads were in my swim weighing and helping with the photos.

“At 64lb it was an amazing carp to be holding and I couldn’t have asked for a better bunch of lads to be sharing the moment with. A special thanks to Simon for the photo and to Lee Metcalfe for doing some video.”

Crowy caught Butthead from a gravelly area at 80 yards, where he had baited with a mixture of Bug boilies, corn and hemp, with a Bug Corker wafter providing the final piece in the jigsaw.

“The Bug is such a versatile bait; you can take it anywhere and be confident it’ll work,” added Si. 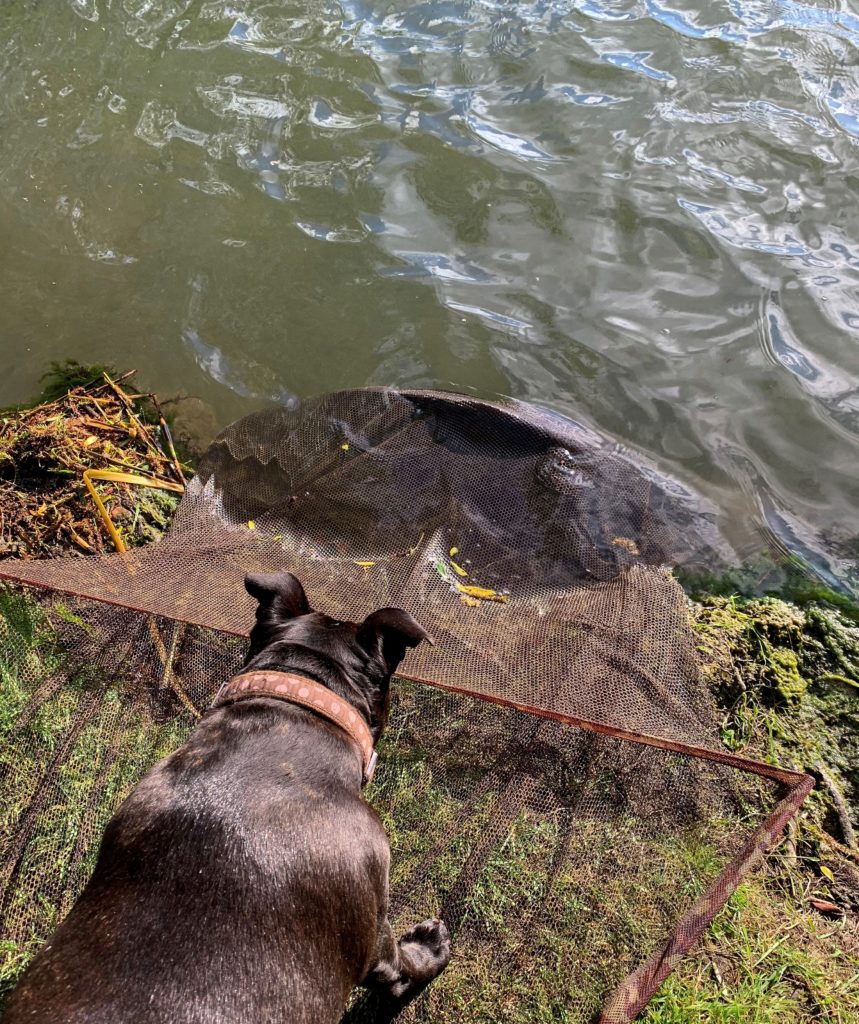 Butthead in the net!