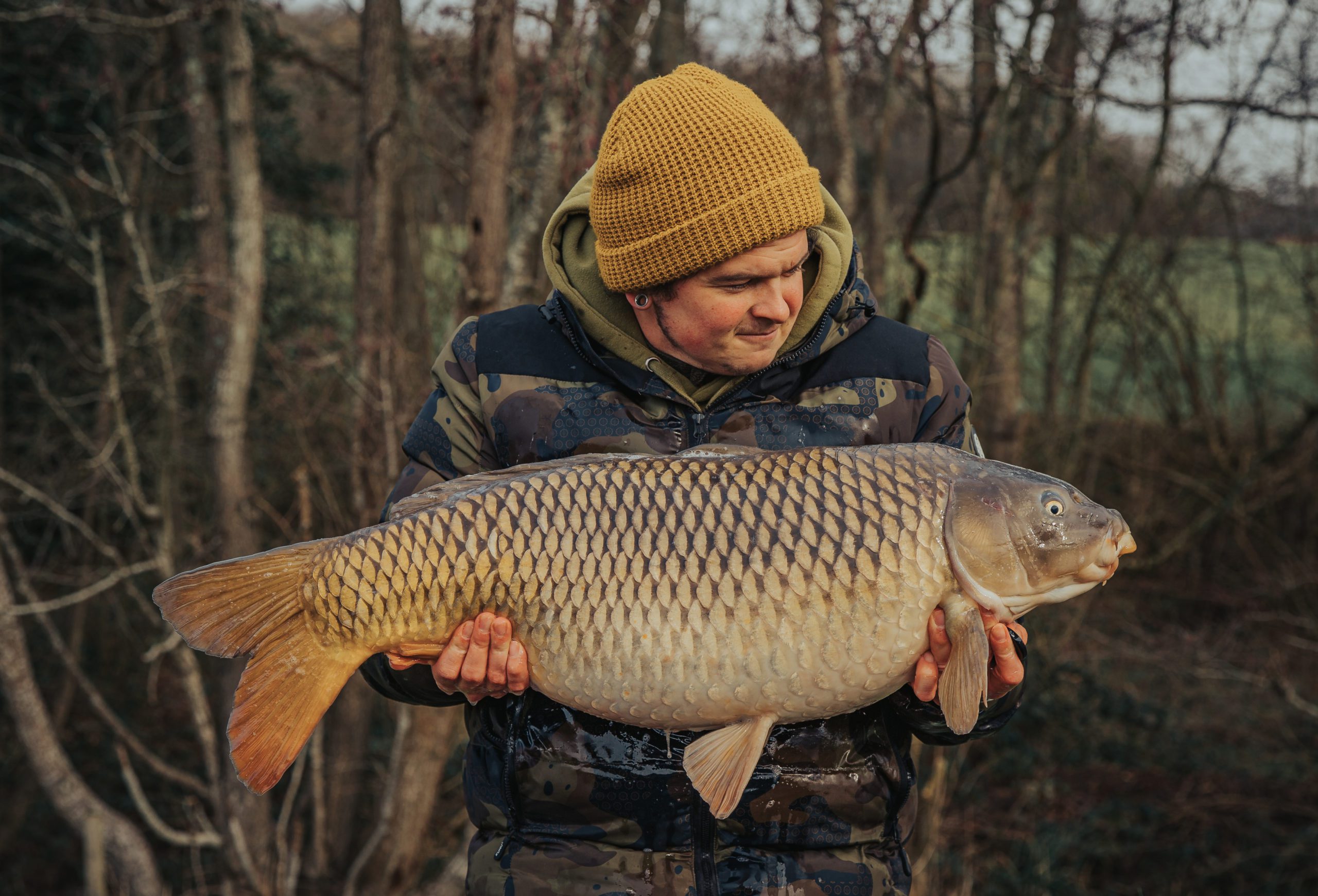 An angler loving the day-session life at the moment is Olly Sanders, who is very fortunate to have some excellent day-ticket venues close to his home in Kent.

After landing a couple of fish to 26lb from the Elphicks complex, Olly was back on the bank once again hoping to add another carp to his lockdown tally, and that’s exactly what he did in the form of a 31lb common!

“Setting up on a few fizzers at first light meant I started my day feeling confident,” said Olly.

“I watched my slack lines twitch as the carp moved in and around the rigs, which were only an underarm flick from the bank. However, after a couple of hours the lines became motionless and it became apparent the fish had moved off.

“After a quick look down the bank, I spotted another few bubbles appear a couple of swims down. So, a mesh bag of Bug crumb and a Pink Peril wafter were flicked on to the spot and hit a fish as the lead dropped. Ten minutes later the rod was away!”