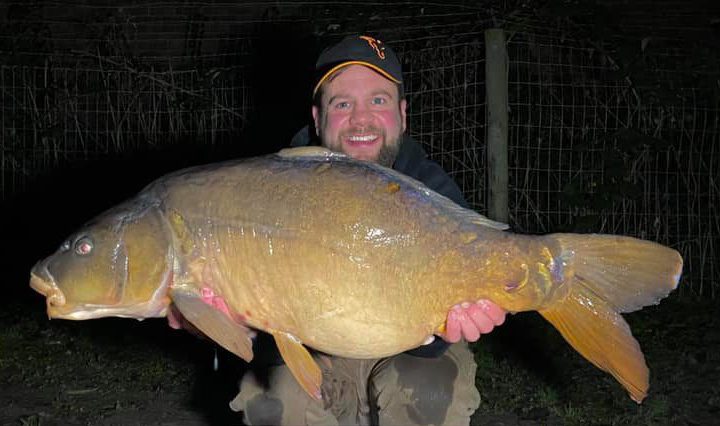 Kieran Duff is one of K-STIM’s biggest fans, and there is little wonder, as it has helped him catch numerous fish since its launch, including most recently a new personal best!

Kieran was fishing Waterside Fishery in Chesham, Buckinghamshire, when he landed one of the lake’s A-teamers, a gnarly old 34lb 2oz mirror known as Strawberry Boil that was moved into the lake from a local pond way back in the 1970s.

Kieran said: “I caught the fish on a PB wafter in a solid bag of Crayfish Mini Mix pellets, crushed Switch boilies and Krill Meal. I personally think the key ingredient was the healthy dose of K-STIM. It did me so well last autumn and winter, so I had to get back on it.”