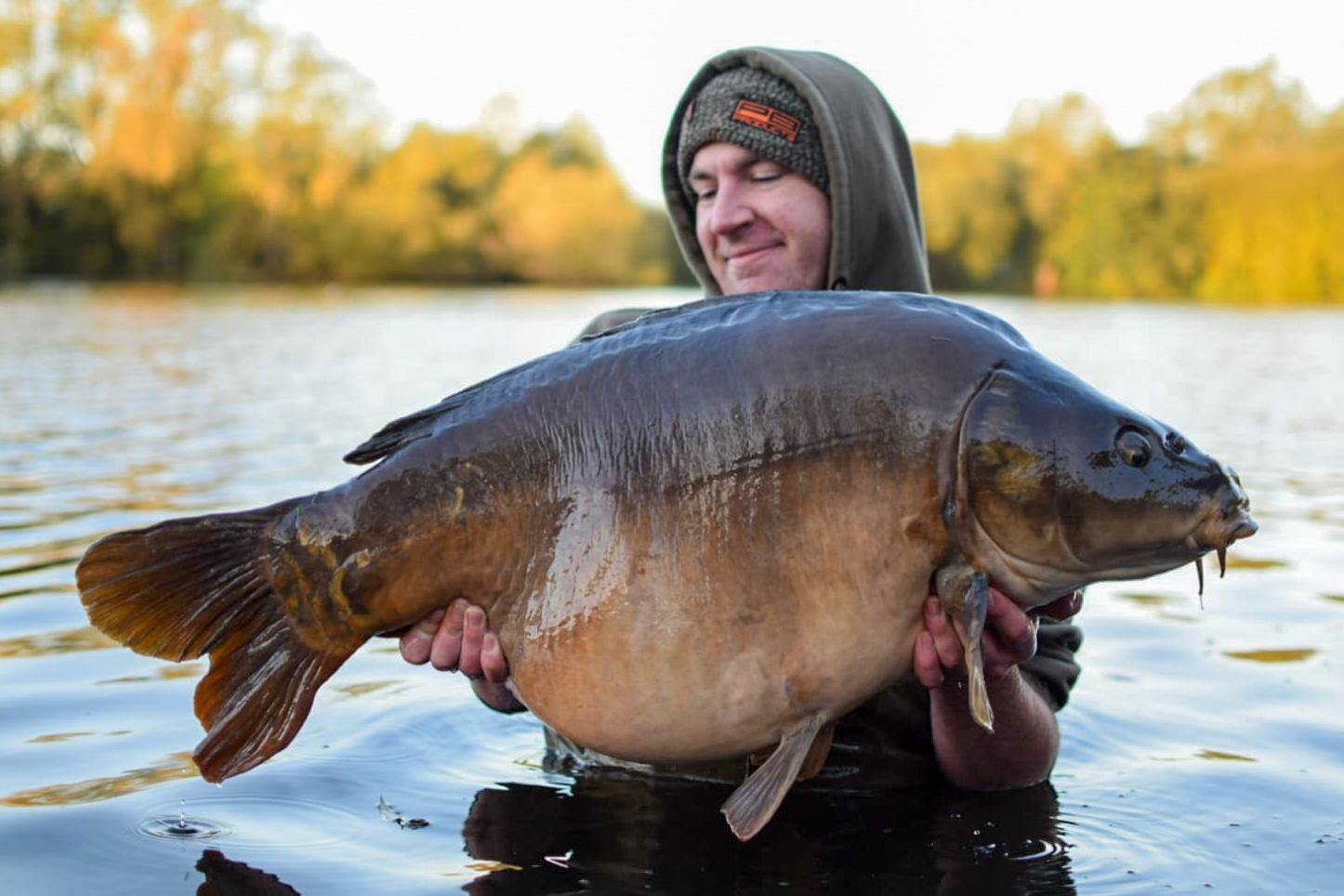 Essex’s 49lb Melted Tail was just meant to be

It was a capture that almost didn’t happen for Ian Davis, but sometimes the planets align and things go your way!

When almost pulling off his Essex syndicate to visit a local day-ticket water, Ian and his friend Luke elected to stay for the night to enjoy a session together. The next morning, Ian was awoken by an explosive take from one of the venue’s A-teamers, a magnificent 49lb 2oz mirror known as Melted Tail.

Ian takes up the story of the capture: “I turned up at the lake at 9 o’clock on Sunday morning and set off for a stroll about, as I was adamant I wasn’t going to set up until I had found them, which I can be guilty of, sometimes choosing my favourite swims rather than finding the fish.

“An hour later and a couple of laps in, I still hadn’t seen a carp. My mate Luke rang to tell me he was coming down, but knowing his enthusiasm for the lake had deteriorated, I decided to start looking for day tickets we could go to instead. Well, three or four hours later, we had had no luck finding a day ticket for whatever reason. We had one we really fancied, but it was in danger of flooding, so the fella said he would let me know in the morning whether we could fish or not. At this point I said to Luke, let’s just double up in the Car Park swim and hopefully we’d be off in the morning, so an easy pack up would be in order.

“It was just shy of dark before I got the rods out, all on known spots and all baited with crushed and whole Secret 7 boilies, Secret 7 Stick Mix and Secret 7 Hydro Spod Syrup, along with a bit of hemp, with my favourite white S7 Half Tones pop-ups over the top.

“Nothing much occurred through the afternoon and evening, and I went to bed nice and chilled after a couple of glasses of red wine. Then at first light, I received the most amazing take, absolutely screaming off on a relatively tight clutch. I picked the rod up and the carp had easily made another 30 yards as I struggled to put my shoes on. The start of the fight was relatively plain sailing, to be honest, as the carp came back to where I’d hooked it like a dog on a lead. I even stated to Luke it was small! As the carp drew closer, I started to feel a bit more weight to it and my estimation of its size grew. There was a bit of toing and froing until it got to 20 yards out, where it found a weedbed. I tried to budge it for about 15 minutes, even standing on a table to get a better line angle, but all to no avail. I put the rod down for a bit in the hope it would move itself, but another 15 minutes passed and nothing much had happened.

“As Luke kindly went to get the boat, I was trying to work out what carp it could be if it was one of the A team. I came up with a carp called Melted Tail, as it hadn’t been out in a while and is quite a rare character. Anyway, when Luke got back, we set sail 20 yards out to the carp and when we got there it didn’t even look weeded at all and just popped up out of nowhere. Luke instantly called ‘Melted Tail!’ and my legs started to wobble, knowing it had done 50lb a couple of times. With that she tore off like a marlin! Ten minutes, we finally had her under control and Luke slid the net under her. Thanks, mate.

“Up on the scales she went 49lb 2oz – what a beast! I forgot how heavy they are when they get to these sorts of weights. We did the pics and had a cup of tea, and I said to Luke it was up to him if we moved lake or stayed put. Some would call me bonkers to leave, but I was on cloud nine, so it didn’t matter to me. Luke decided we should leave, as he just wanted to catch a carp. We set off to the day ticket and, just to top off my session, I had a nice 25lb 10oz common.” 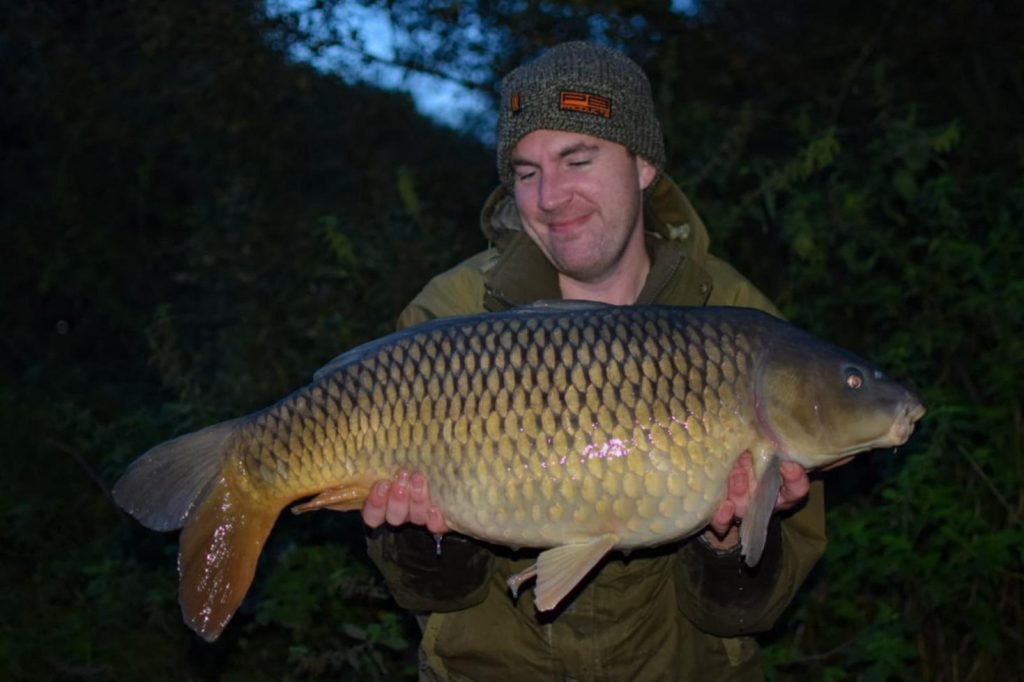 A 25lb 10oz common to cap off a memorable few days