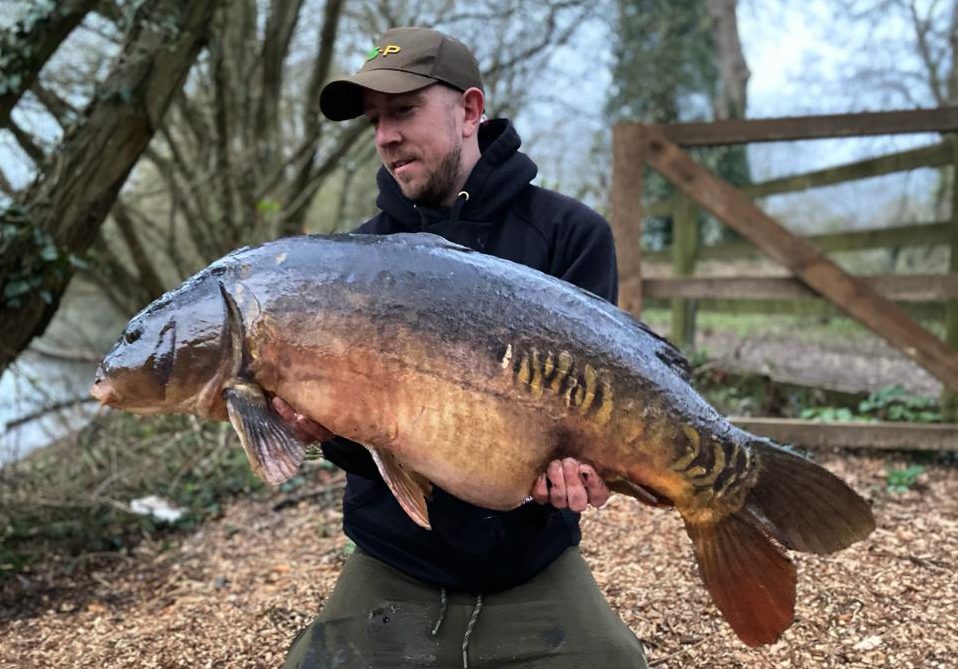 EVERYTHING HAPPENS ON A THURSDAY!

Karl Forrest seized the opportunity to spend one last session on the Swan Valley syndicate and things couldn’t have gone any better!

After kicking off the session with his first-ever Yateley carp, the opportunity then presented itself to stay on until the Thursday, when Karl would achieve an angling dream, which his late mother duly predicted.

Taking up the story, Karl said: “With two nights planned, I left at 3am with the goal to catch my first Yateley carp. I hadn’t been down for five months due to my mother passing away. On my last session, I lost a very big carp, but at least I knew my bait had worked. So, upon arrival, I put out around 12 Spombs of The Switch, The Bug, some Bug pellets and some bloodworm, which was enough to tempt a small common and give me my goal of my first Yateley carp.

“The second night was quiet, but as I was packing up, I put a zig out to an area where I had seen a few fish patrolling and managed to pick off my second Yateley carp. I was over the moon, as this was also my first carp on a zig.

“The bailiff came round and said I could do another night, as the day-ticket anglers were not starting until later the next day, which was a Thursday. I grasped the opportunity, and at 5.30 the next morning, an hour before I had to go home, a received a savage take on a Milky Malt pop-up! My dream was to catch a Yateley mirror and, after an epic battle, this beautiful 30lb mirror graced my net. My mum always said everything happens on a Thursday and that I always leave everything to the last minute. She was right!!”