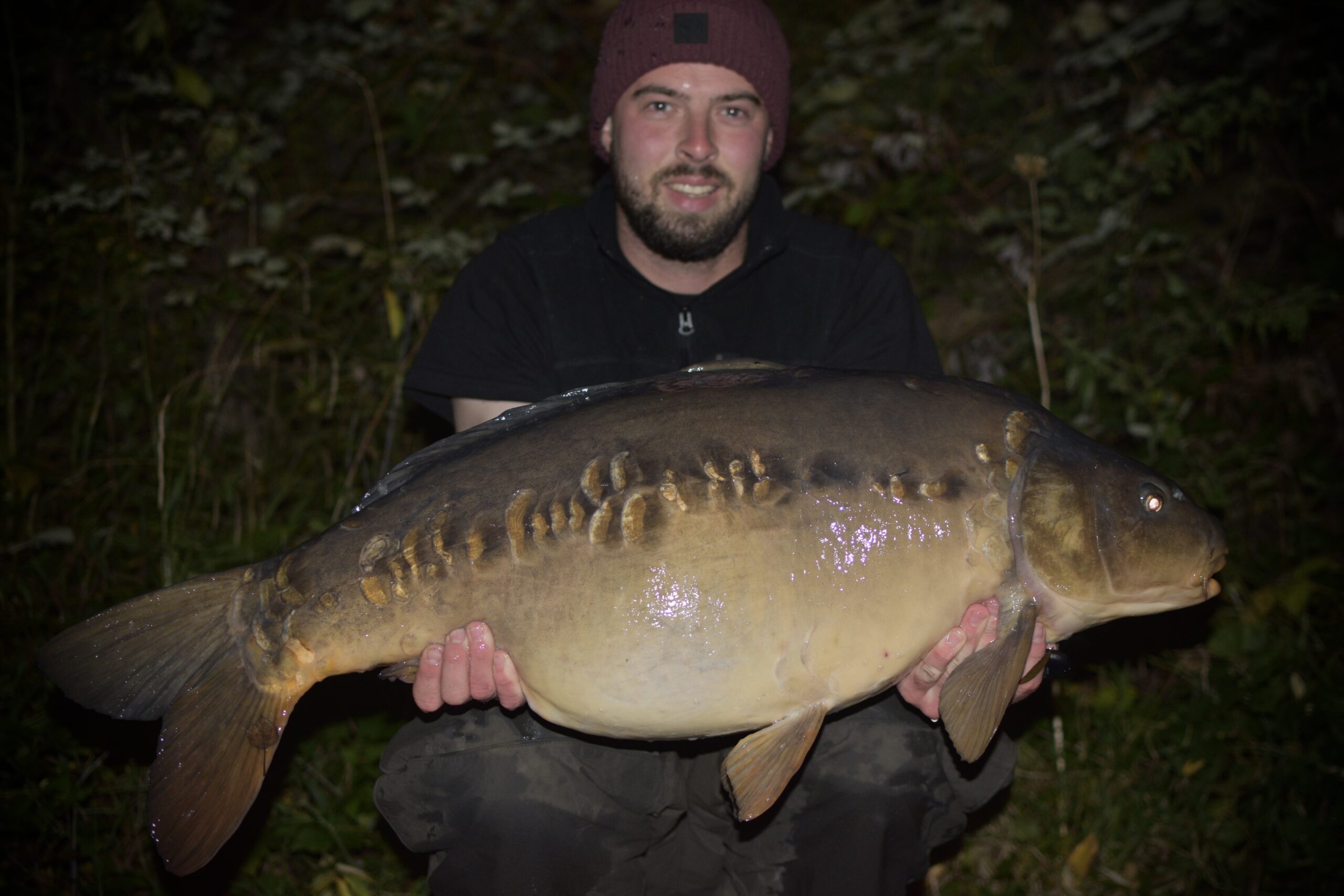 The in-form Kyson Lloyd kept his good run going on Kingsmead 1 over the weekend, landing his biggest carp ever in the middle of a fireworks display!

The professional golfer from St Albans, who has tempted a number of fish from the Horton complex this autumn, told us: “Arriving at the lake after work in darkness, I set up on the one show I saw, but after hearing them slightly further out in the night towards the other side of the pond, I decided a move to the other side was needed.

“After a 15-acre barrow journey around to the other side, I was set up in the general area I heard them. Then at 8.30pm, in the middle of a firework display, the rod rattled off with a new personal best of 36lb 2oz. I was well pleased I had made the move!”

Kyson got the bite on a Bug Half Tones pop-up on a spinner rig over a baited area of Bug and SLK chops, mixed in with some hemp.