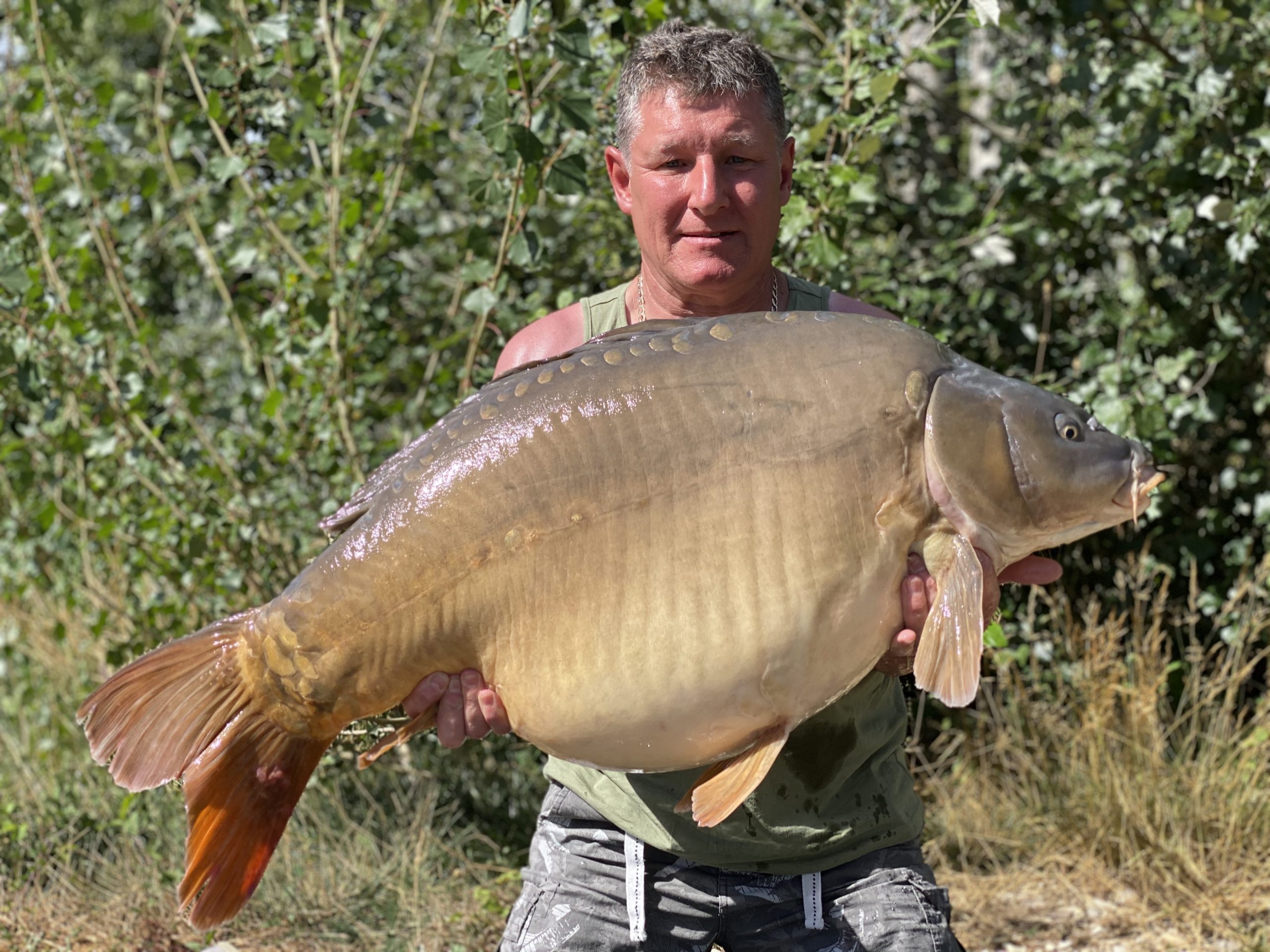 What a week the Batey family had on Juvanzé’s Lake Juvana in France, with no fewer than 68 fish landed between them over the course of the week, including multiple personal bests!

Mick Batey got in touch to tell us about the session, informing us that his father-in-law, Terry, smashed his PB three times, culminating in the biggest fish of the week at 53lb. His brother, John, broke his PB four times, ending with a 43lb mirror, while his 14-year-old son, Joke, set five personal bests over the course of the session, the biggest of which weighed in at 42lb 12oz.

The lads got through 100kg of Secret 7 and SLK boilies in total, as well as 40kg of Crayfish Maxi Mix pellets, as the fish were troughing throughout!

The best tactic seemed to be 15mm or 18mm SLK or Secret 7 hookbaits, fished to the far margins or plateaux. 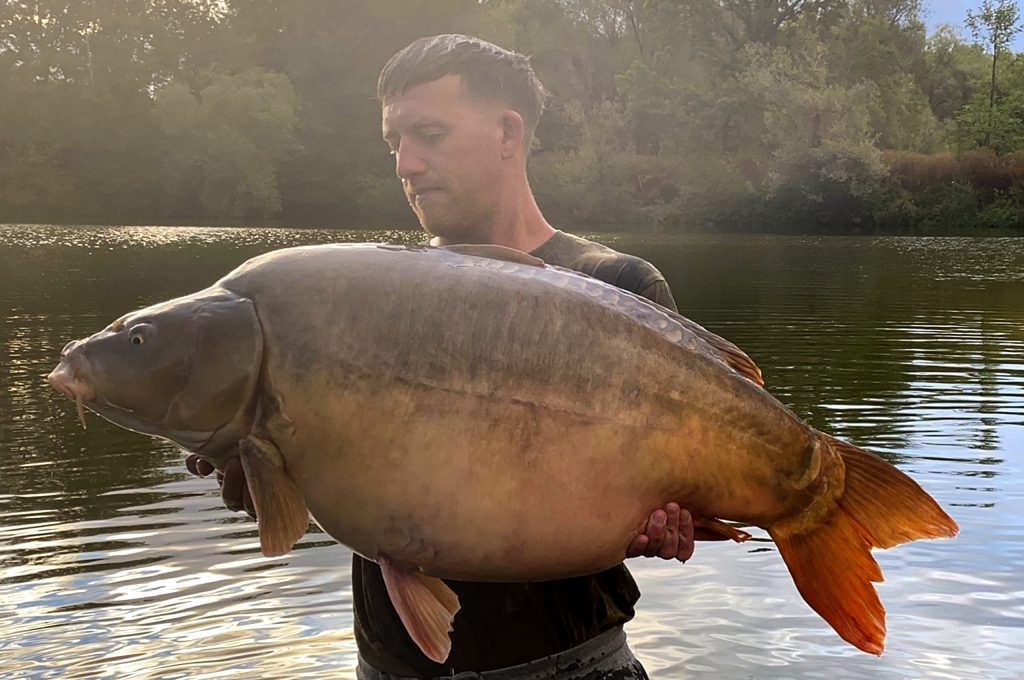 Jon had four PBs to 43lb 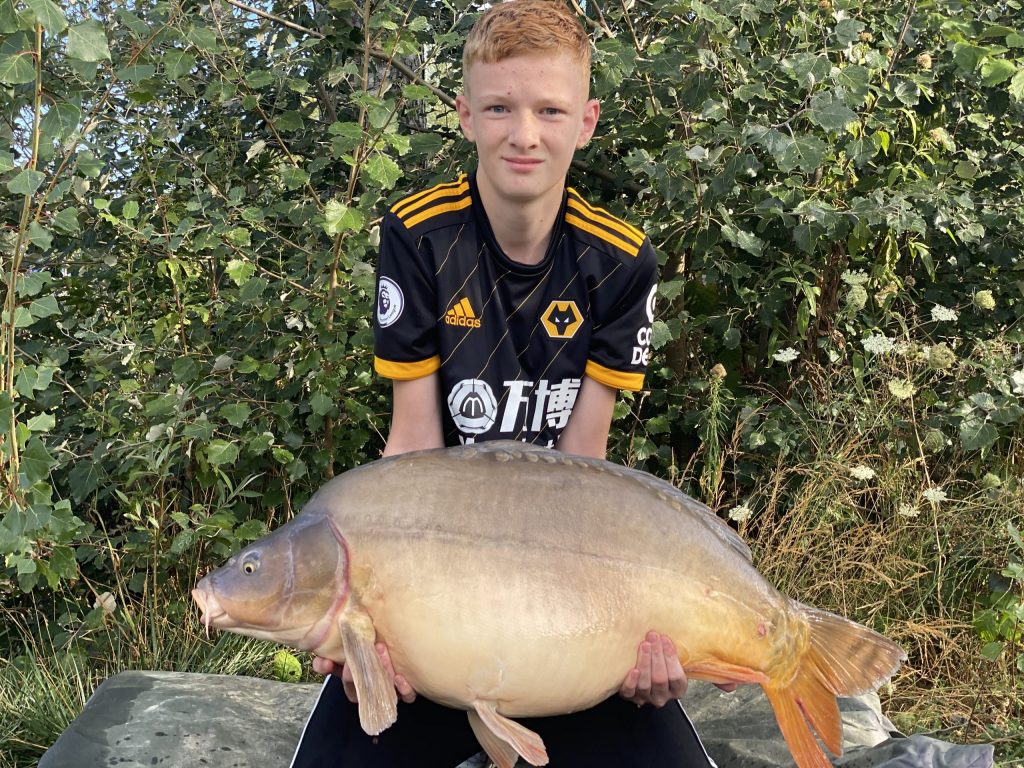 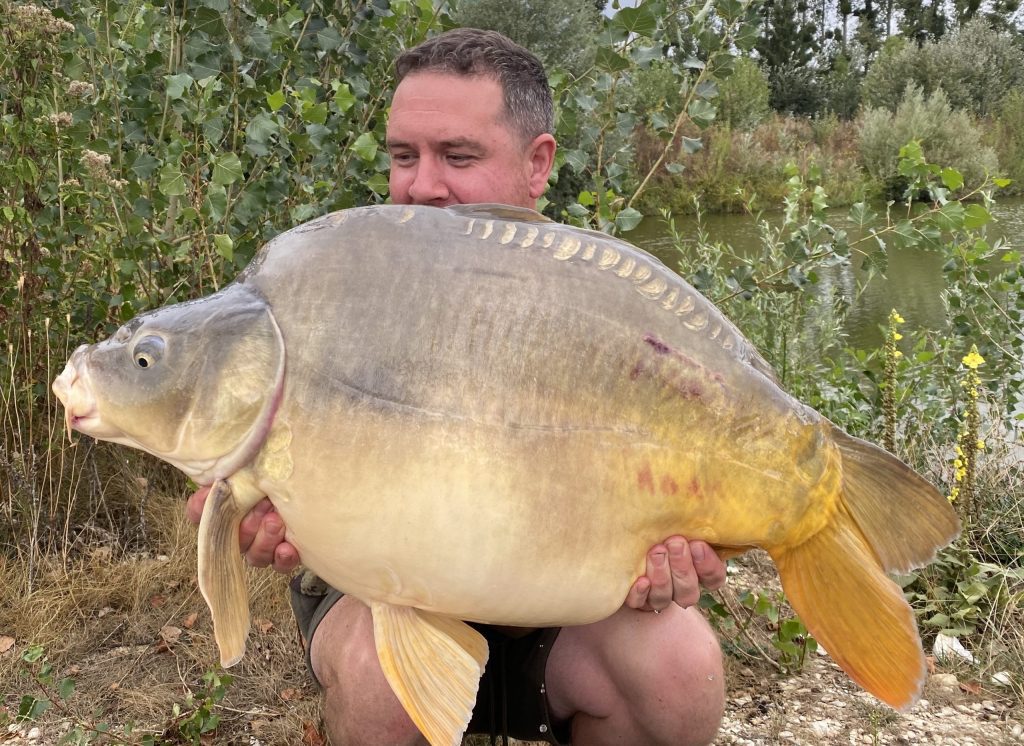 Mick had fish to 33lb