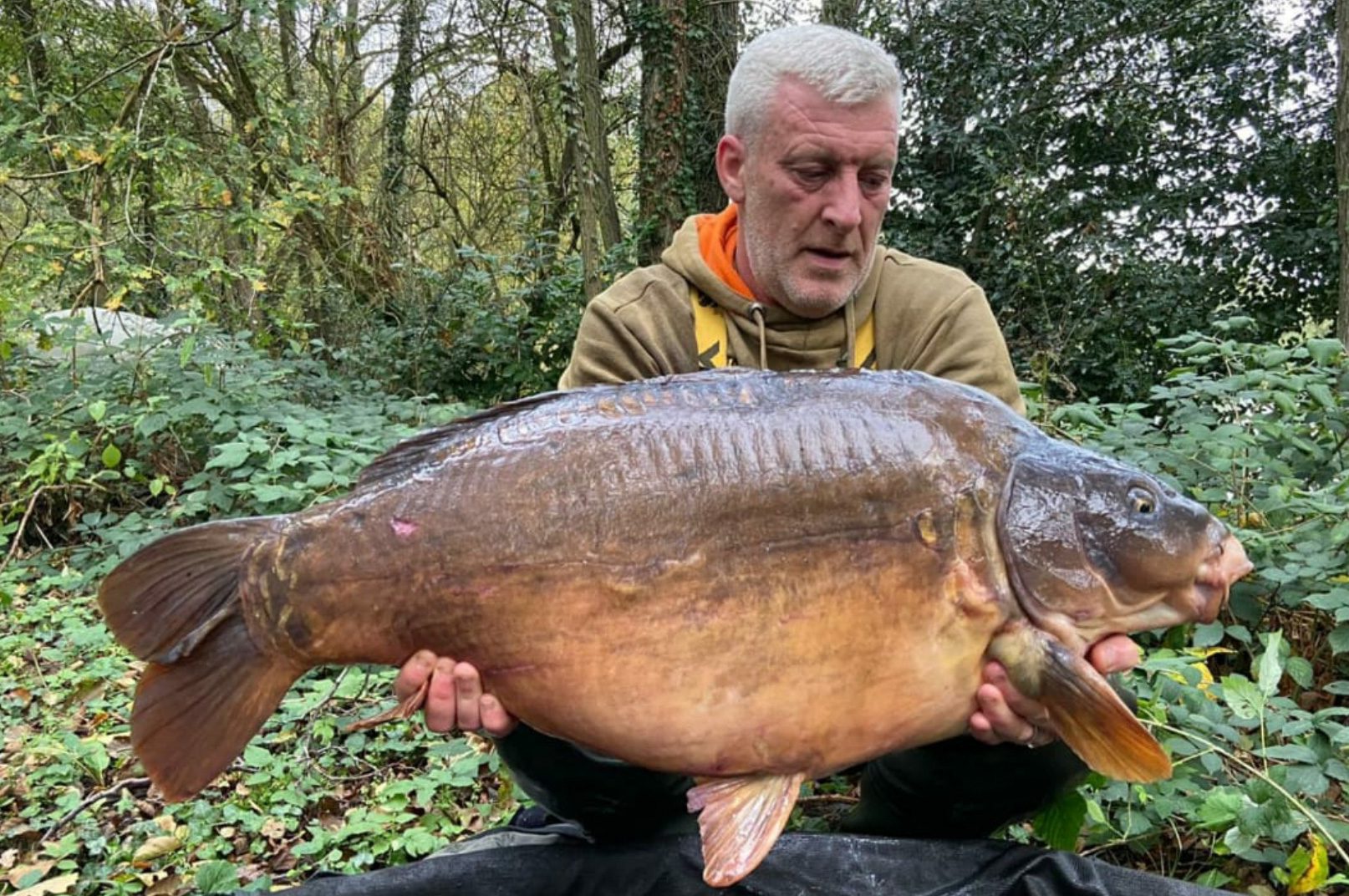 We have seen some big fish caught from Yateley this autumn, and here is yet another!

Rob Mitchell had to work hard for it during a five-night session, doing his best to get on fish. Eventually he was rewarded for his persistence on the final night when a 39lb 3oz mirror succumbed to his trap.

The 50-year-old from Middleton-on-Sea elected to target a silt bed just off some gravel at 40 yards, where he baited with a mixture of whole and chopped Secret 7 and SLK freebies, all glugged in SLK Hydro Spod Syrup. Over the top he offered a 12mm Milky Malt pop-up on a Ronnie rig, which proved too much for the big mirror to resist.