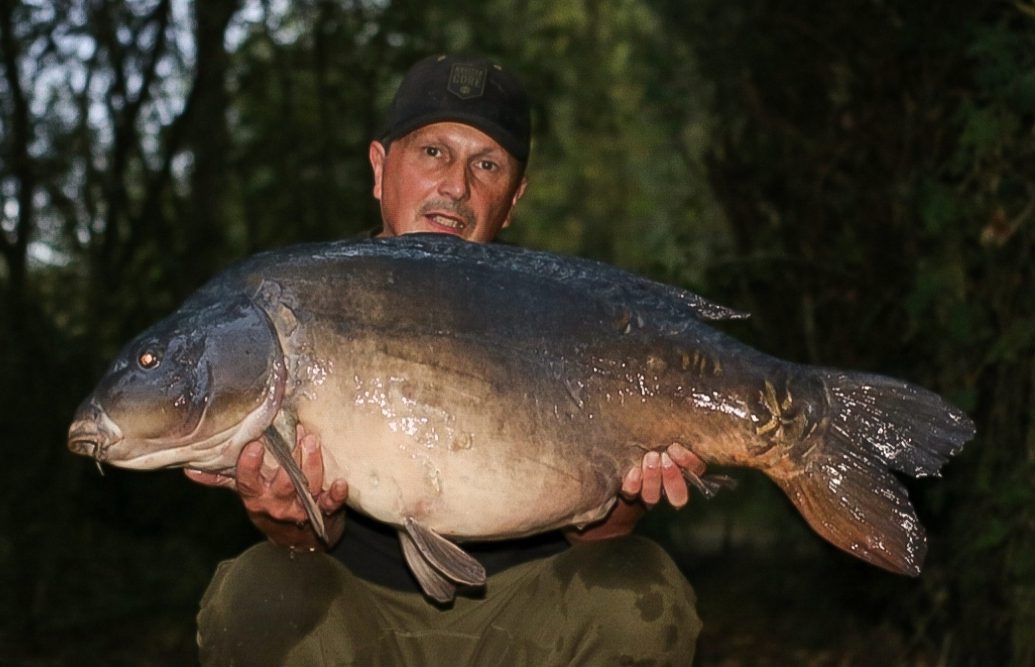 Steve Haylett’s year is just getting better and better, with two more 40-pounders added to his growing tally on his latest trip to Cambridgeshire syndicate water, Monks Pit.

Having kicked off his three-night session with a 30lb 8oz mirror, Steve then got his hands on a 43lb 15oz mirror, before adding a 41-pounder the following day, the latest in a string of big fish that have graced his net already this year.

Steve said: “I got down to the lake early and discovered there were five anglers on, one of which was Darren, the bailiff, who gave me a heads up. The area and two swims I had in mind both had anglers in them, but the Underpass would soon become free.

“My strategy was to see how it went for the first 18 hours and then move to the Swamp for final two nights, depending on what occurred. The good thing was, DNA lads Dave and Perry were fishing the respective swims, so the same bait would be going in.

“The first 18 hours passed and nothing! So, once Perry had finished his season, I moved in behind him. The same as the previous night, I baited up with mixed-sized Secret 7 boilies and crumb, Crayfish Maxi Mix pellets and loads of liquid! Since I started using the liquids, I can’t get enough of them; they are a real game-changer. I have found a great mixture of Secret 7 Liquid Food, Secret 7 Hydro Spod Syrup and Molasses.

“Within two hours the left-hand rod was away, a Pink Peril pop-up on a hinged stiff rig producing a rather pale 30lb 8oz mirror. 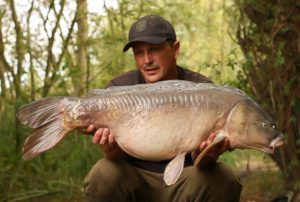 A 30lb 8oz mirror to kick off the session

“The next rod to go was in open water on last light, again on the same Pink Peril pop-up hookbait. A 25-minute battle ensued, before a unit of a mirror, all 43lb 15oz of it, went over the net cord.

“Baiting up steadily and through the night was my tactic, from last light to first light, a tactic that produced another forty! This was off the margin, falling to an ever-faithful match-the-hatch Secret 7 Corker dumbbell wafter. Again, I was playing the fish for around 25 minutes, before eventually a 41-pounder was engulfed in the mesh.

“Wanting more, I added a scaly upper double later that afternoon, before adding a nice twenty to finish the session.” 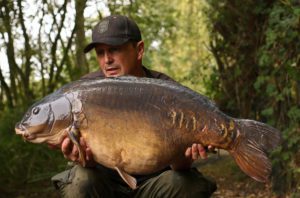 The second of Steve’s forties at 41lb