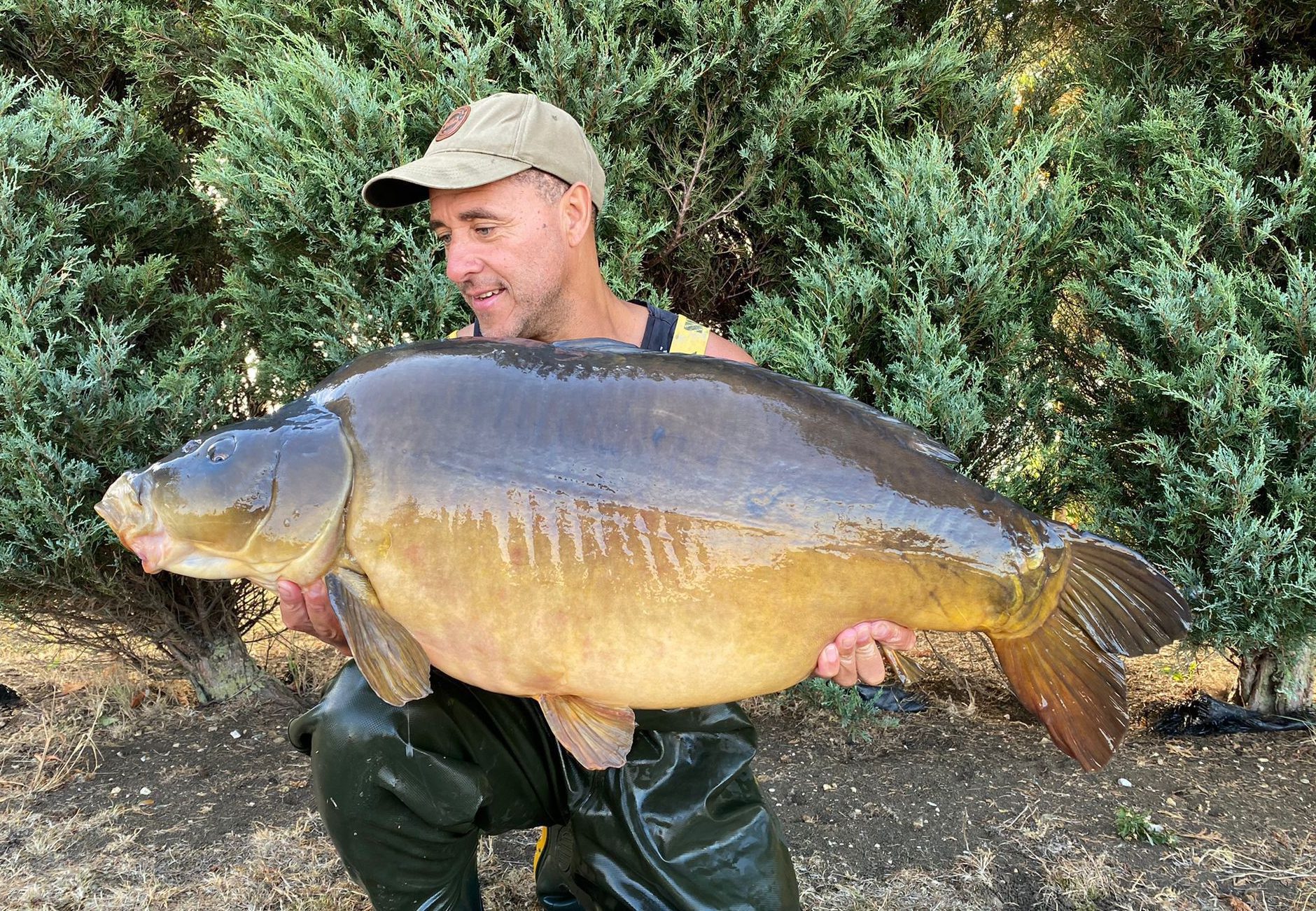 Roger Bacon notched up fifty number four of the year and his 11th in total from Grenville Lake this week thanks to the capture of a 52lb 10oz mirror in sweltering conditions!

Roger knew he’d be up against it from the start given the conditions, but needed some time on the bank, and during a short feeding spell on the second morning, he would get his hands on a 29lb mirror, followed by the fifty a few hours later.

“Dealing with family stuff and grandkids have stopped my fishing recently,” admitted Roger.

“However, even with the super-hot temperatures forecast, I just needed to get away for a couple of days, so I settled in for a hot session on Grenville.

“Twenty-four hours in and the fish really didn’t look like they wanted to play. Going into the second night, ‘Mr Kingfisher’ landed on one of my rods while I was talking to the wife. I had said I was coming home the next day, but the kingfisher might bring me some better luck in the morning.

“Well, just after first light, I had a 29-pounder, then shortly after the recast I had another, and this one was much bigger! You just know when you hook a Grenville biggie, as they are unstoppable when you pick the rod up. After a 15-minute battle, I had my fourth Grenville fifty of the year in the net. Weighing in at 52lb 10oz, I was truly shocked to have caught something this size, given the rubbish conditions.”

Roger went in fairly light by Grenville standards, fishing over just 5kg of 8mm, 12mm and 15mm Bug boilies that he had pre-soaked for two days in Bug Liquid Food. Over the top, he fished Bug Half Tones pop-ups on his long blow-back rigs. 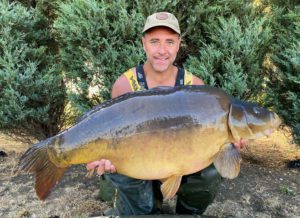