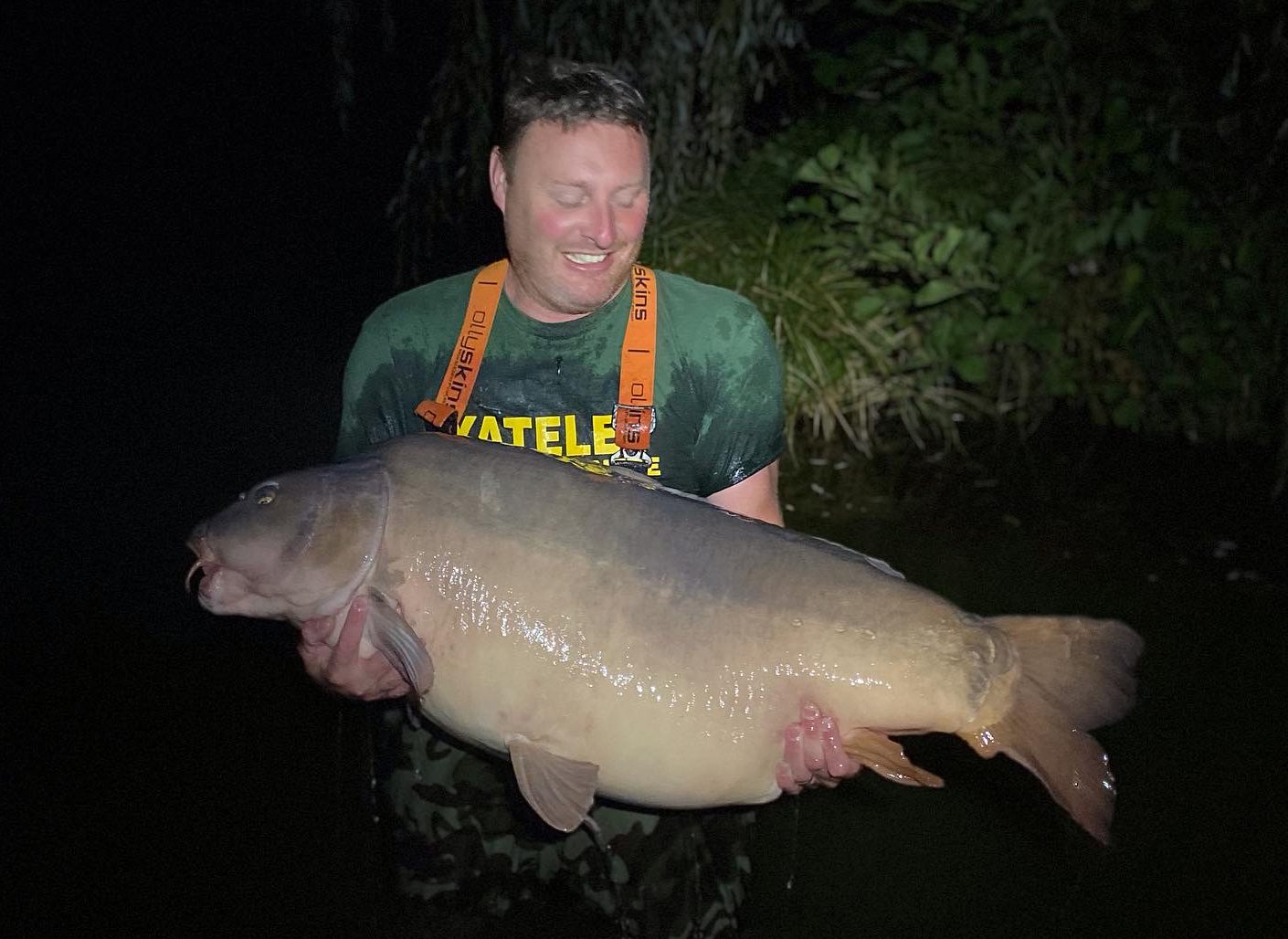 Friends Neil Calver and Michael Schultz shared the most remarkable result on Echo Pool in France, each landing 70-pounders during the trip of a lifetime!

Neil’s big moment came when he banked the mirror known as Barrel at 77lb, which he backed up with the Baby Barrel at 54lb 10oz, another mirror of 42lb and two commons to 25lb.

Michael’s highlight came in the form of The Twin, which took the needle round to 75lb 12oz, and was backed up by two commons to 32lb and a mid-twenty mirror.

“We had the trip of a lifetime, with both of us landing seventies,” beamed Neil.

“Conditions were pretty crap, to be honest, with a high-pressure front all week long, which resulted in still, warm days and very cold clear nights. We persevered with fishing to the far-margin shelf at different depths, until we had a bite in a 4ft-deep area. All rods were then positioned in similar depths to capitalise on where we thought the best chance of a bite would come from.”

The big-fish bait, SLK, lived up to its reputation once again, with 18mm SLK Hard Hookers doing the business, presented over a mixture of 12mm, 15mm, 18mm and chopped SLK boilies. 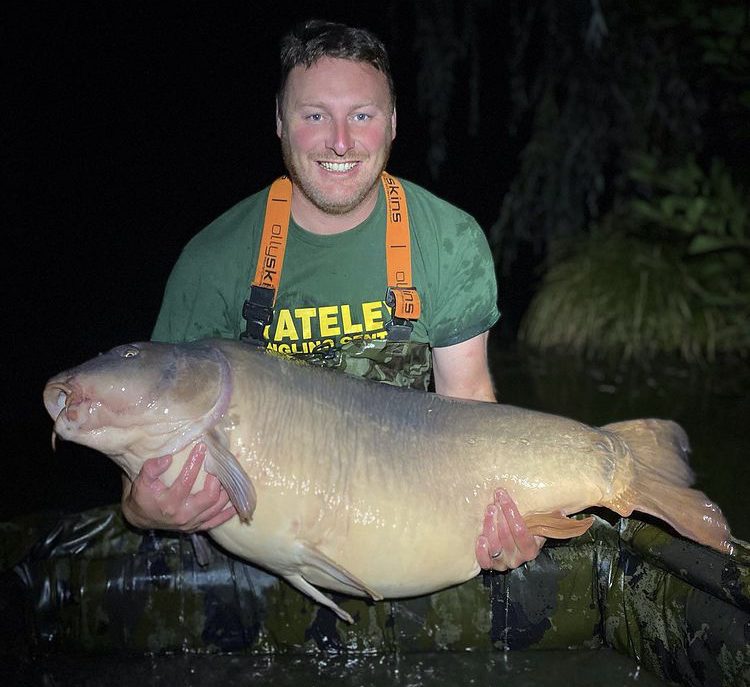 The Barrel at 77lb 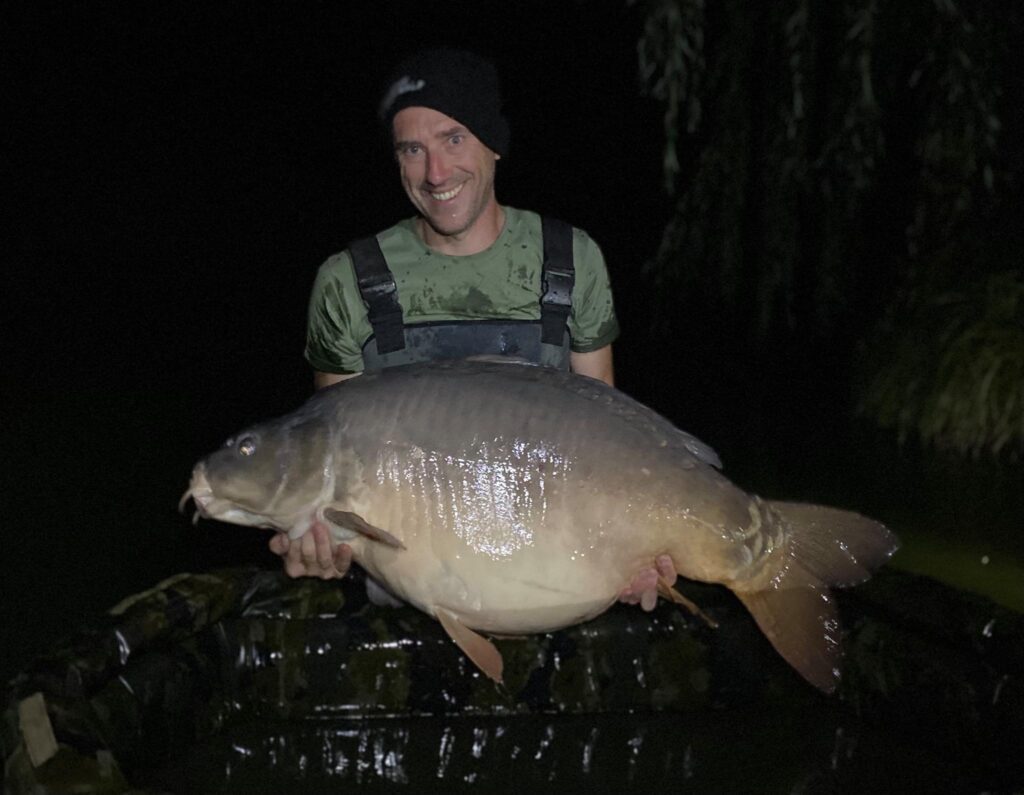 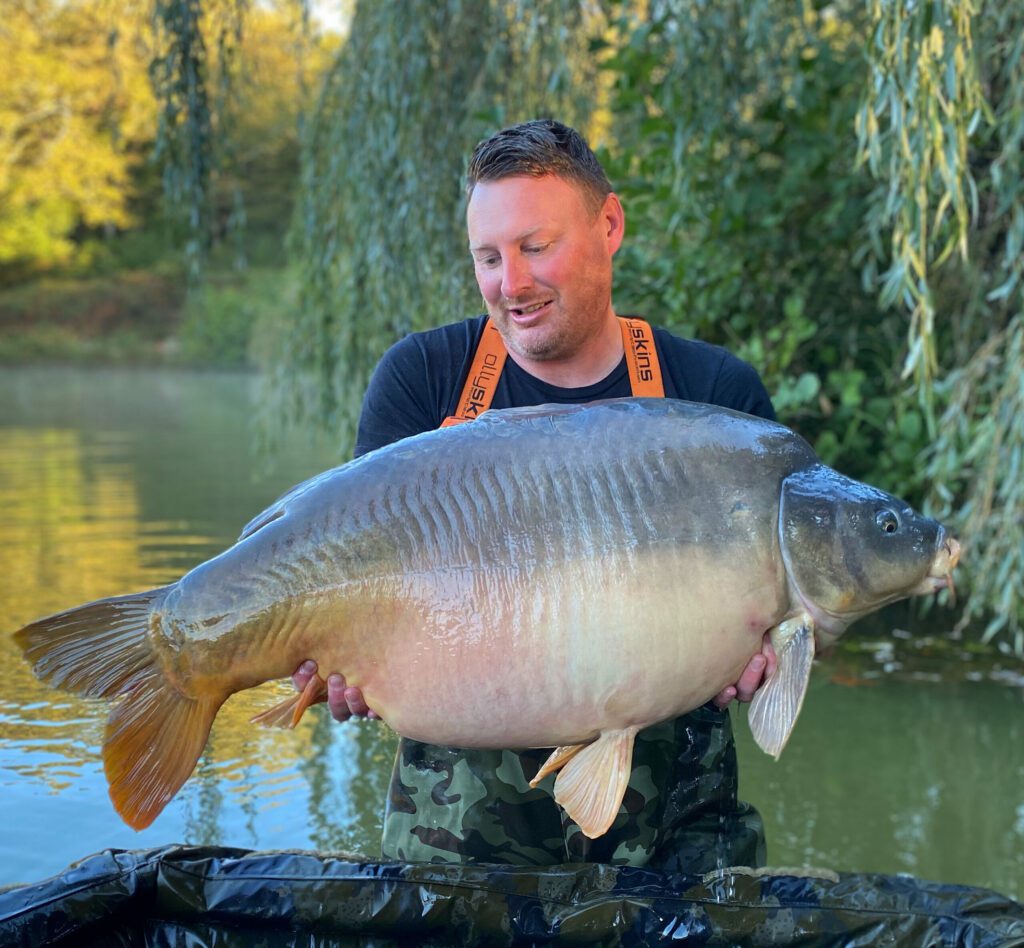