The big carp are also hard on the feed in Germany, where consultant Christian Finkelde has recently landed this colossal mirror from a large gravel pit!

The capture didn’t come without its drama, with Christian having to swim out twice to free his line. Eventually it all came good and, following an intense battle, Christian netted himself one of the lake’s A-teamers, a massive mirror of 72lb 5oz (32.8kg)!

Christian said: “On arrival at the lake, it was already dark. I set up in my favourite swim, positioned the rods on small gravel spots and baited with only a few Secret 7 boilies and Betastim pellets.

“The first night passed by uneventfully, but in the morning I got a take on my right-hand rod. After a while I managed to gain some line, but then the fish became stuck in weed. I had to swim out and dive towards a piece of wood on the lakebed, where the line was stuck below. I managed to free the line, but a few metres further out it became stuck again in weed. Fortunately, I managed to move the whole weed ball!

“Back on the bank, I tried to play the fish again, but there was just too much weed on the line, so I swam out again with my landing net arms and netted the whole weed ball, hoping the fish was inside. Returning to the bank, I carefully freed the line from the weed, assuming I would find my rig inside. On the way back to the bank, I had already put my hand inside the weed and thought the fish had gone. To my surprise, my rig was not inside the weed and I realised the line was pointing out towards the lake. Suddenly, I started to feel a fish pulling from the other end. The penny dropped – it was still on! I quickly tightened the line and, with the rod leaning over my shoulder, I put the landing net back together.

“I had just assembled the landing net when the fish started taking a lot of line. There was still plenty of weed on the line, but this time it felt free enough for me to be able to land it. I played the fish standing in the water up to my chest. When I saw it roll on the surface for the first time, I could tell it was big. Finally it rolled over the net and I was so relieved – what an intense moment! The fish’s head looked massive and I was pretty sure I had caught one of the lake’s A team.

“The fish, which took a Secret 7 hookbait, weighed 32.8kg. Thank you to my mate, Keven, who came down to the lake to photograph the fish for me.” 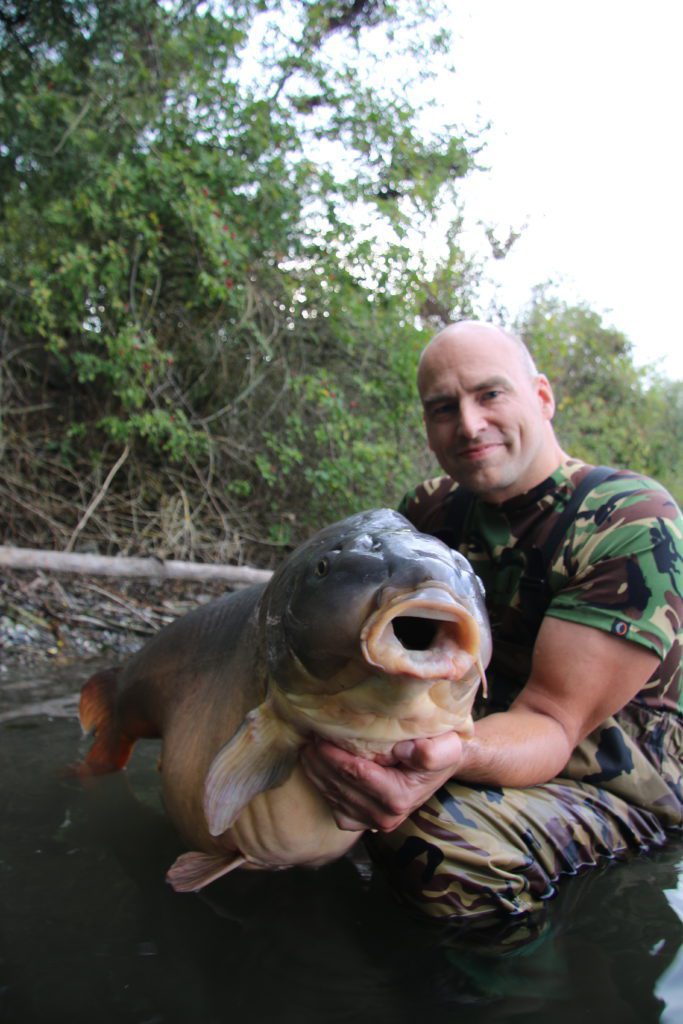 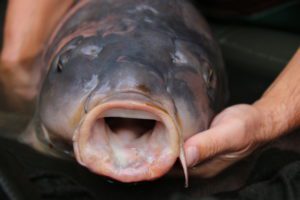 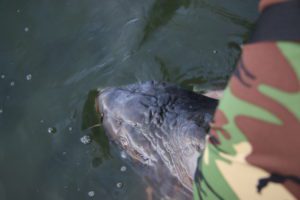